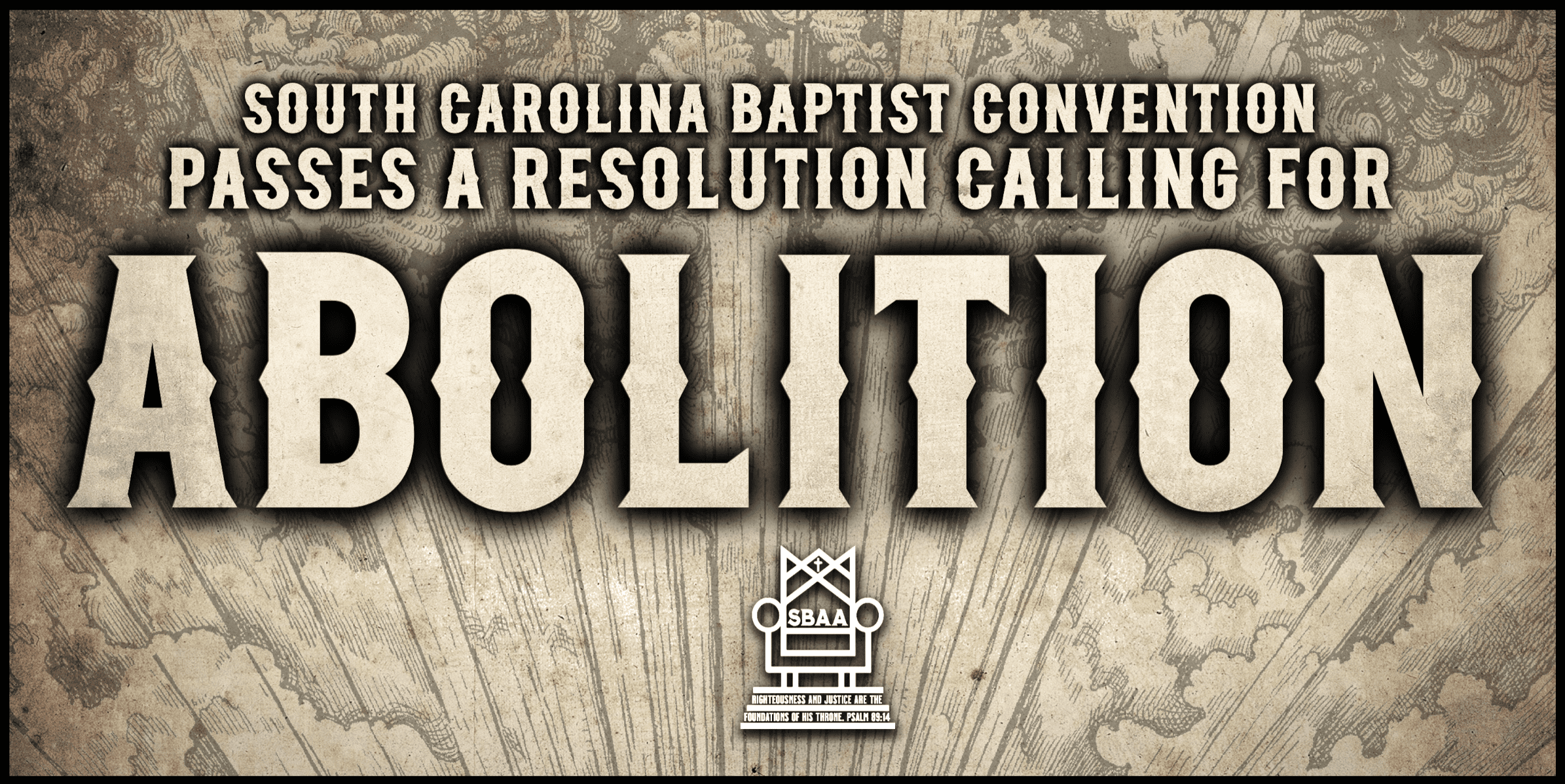 While the committee affirmed certain important aspects of the resolution such as the need for the Church to demand abortion’s immediate abolition and equal justice for preborn children, they added that they appreciate “the passionate dedication of pro-life defenders who have used their influence to restrict abortions.” Though, the committee clarified that while they believe incrementalists may have done some good, they “acknowledge that these efforts have not led to the end of abortion, so we must now primarily focus our attention, concentrate our efforts, and bring our influence to bear in supporting laws that will end abortion.”

Along the same lines, the committee added an article near the end of the resolution stating:

While we continue to support all good faith efforts to restrict and reduce abortion, acknowledging the saving of any preborn life is a step toward saving all preborn life, we also acknowledge that our most fervent efforts must be focused on abolishing abortion once and for all, and we repent of sometimes being too quick to substitute pragmatic methods of protecting life when we should always be working toward the ultimate goal of ending abortion.

Pastors Kiley Waldrop, Brad Starnes, and SC abolitionist organizer Matt Brock met with the committee a few months ago to discuss the resolution and give them copies of our Are You An Abolitionist pamphlet. The committee appears to have been persuaded by some of the pragmatic arguments for demanding abolition instead of incremental bills, but unpersuaded by the arguments that incrementalism is immoral.

Starnes then offered an amendment to include language exhorting “abortion providers and participants to repent and believe the gospel of Jesus Christ.” Like Waldorf’s, the amendment was received by both the committee and the messengers, before the full resolution was then passed.

Below is the final language as affirmed by the South Carolina Baptist Convention:

(2) WHEREAS, As God’s image-bearers, all humans display divine worth, and possess equal, objective worth before God, that does not vary based on characteristics such as ethnicity, age, means of conception, mental development, physical development, gender, potential, or contribution to society (Romans 1:19-20; Genesis 1:27; 9:6; Matthew 18:6), and

(3) WHEREAS, Taking the life of a preborn image-bearer constitutes the sin of murder, violating the sixth commandment forbidding murder, and as such, is ultimately an assault on God’s image, seeking to usurp God’s sovereignty as Creator (Exodus 20:13; Proverbs 6:17), and

(5) WHEREAS, God commands His people to “rescue those who are being taken away to death” and holds them responsible and without excuse when they fail to do so (Proverbs 24:11-12), and

(6) WHEREAS, God establishes all governing authorities as His avenging servants to carry out His wrath on the evildoer, and commands these authorities to judge justly and without partiality (Psalm 82; Proverbs 20:10; Romans 13:4), and

(7) WHEREAS, In the 1973 case Roe v. Wade, the Supreme Court of the United States rendered an iniquitous and unconstitutional decision, depriving the innocent of their rights and usurping God’s sovereign divine authority, as well as subverting the United States Constitution by contradicting the Fifth and Fourteenth Amendments (Isaiah 5:23; 10:1-2; Psalm 2; Matthew 22:21; John 19:11; Acts 4:19; 5:29, Romans 13:1), and

(8) WHEREAS, Governing authorities at every level (federal, state, county, and municipal) have a duty before God to uphold justice asserting their God-ordained and constitutional authority to establish and enforce equal protection under the law for all born and preborn human beings (Romans 13:1-7; Micah 6:8; James 2:1-13), and

(9) WHEREAS, Over the past 48 years with over 60 million abortions have taken place, and although we are grateful for the passionate dedication of pro-life defenders who have used their influence to restrict abortions, significantly lowering the number of abortions performed each year, we acknowledge that these efforts have not led to the end of abortion, so we must now primarily focus our attention, concentrate our efforts, and bring our influence to bear in supporting laws that will end abortion (1 Thessalonians 1:3; Ephesians 5:15); and

(10) WHEREAS, Since 1980, the SBC and the SCBC have passed many resolutions reaffirming the importance of human life at all stages of development; and

(11) WHEREAS, Our confessional statement, The Baptist Faith and Message, as stated in Article XV affirms that children “from the moment of conception, are a blessing and heritage from the Lord”; and further affirms that Southern Baptists are mandated by Scripture to “speak on behalf of the unborn and contend for the sanctity of all human life from conception to natural death,” therefore, be it

(12) RESOLVED, That the messengers of the 201st session of the South Carolina Baptist Convention, meeting in Columbia, on November 8-9, 2021, and celebrating the 200th anniversary of the Convention, meeting state unequivocally that abortion is the taking of innocent life, thereby qualifying as murder as described in the sixth commandment, and we reject any position that allows exceptions to laws that are intended to abolish abortion and provide the legal protection for all human life from the moment of conception (Psalm 94:6; Proverbs 24:11; Psalm 82:1-4); and be it further

(13) RESOLVED, That we recognize that an ectopic pregnancy is not an abortion, but a tragedy during which medical triage is necessary, with doctors never ceasing to treat both mother and baby as human beings, and upholding the Hippocratic Oath by exhausting all possible options to save as many human lives as they can; and be it further

(14) RESOLVED, While we continue to support all good faith efforts to restrict and reduce abortion, acknowledging the saving of any preborn life is a step toward saving all preborn life, we also acknowledge that our most fervent efforts must be focused on abolishing abortion once and for all, and we repent of sometimes being too quick to substitute pragmatic methods of protecting life when we should always be working toward the ultimate goal of ending abortion, therefore protecting every preborn life form the moment of conception (Galatians 6:9); and be it further

(15) RESOLVED, That as Southern Baptists we will engage, with God’s help, in establishing equal justice and protection for the preborn according to the authority of God’s Word as well as local, state, and federal law, and we call upon pastors and leaders to use their God-given gifts of preaching, teaching, and leading with one unified, principled, prophetic voice to abolish abortion, and we call on all abortion providers and participants to repent and believe the gospel of Jesus Christ; and be it finally

(16) RESOLVED, That since the Great Commission calls us to “go therefore and make disciples of all nations” therefore including all of humanity, and that preborn children are members of the human race, we call on all governing authorities at all levels to repent and obey “all that Christ has commanded” exhorting them to bear fruit in keeping with repentance by faithfully executing their responsibility as God’s servants of justice and with all urgency work to enact legislation that will protect the life of all preborn babies from the moment of conception, thereby abolishing abortion (Matthew 28:18-20; Romans 13:4-6).

The resolution as affirmed includes unjust language that seems to celebrate and/or leave the door open to incremental bills. Leaving the door open to supporting unjust bills instead of demanding abolition is sin. Even so, while not being an abolitionist victory, the resolution does represent tremendous progress that has been made thanks to the work of many South Carolina abolitionists who have had their hands to the plow for years. It also provides South Carolina abolitionists the ability to demand their governing officials support SC State Rep. Jonathan Hill’s bill to abolish abortion in South Carolina, lest they reject the position of both the Southern Baptist Convention and South Carolina Baptist Convention.

“It is really encouraging and invigorating to see the convention wake up to the need to do more,” Hill told Free the States. “This is the first step, with hopefully many more to come. I and others in my state are actively working to build off of these opportunities by seeking opportunities to mobilize pastors and churchgoers on this issue.”

“I don’t say this for any other political issue,” Hill continued. “But the issue of ending abortion is a political battle that the church must lead. I am convinced that this is absolutely vital. It is my hope and prayer that this issue will be a catalyst for the church to repent of its idolatry of political power, politicians, and government institutions. The Gospel itself begins with a political demand to bow to the absolute authority of God over all. A Gospel that does not inform and direct our politics is not the true Gospel!”