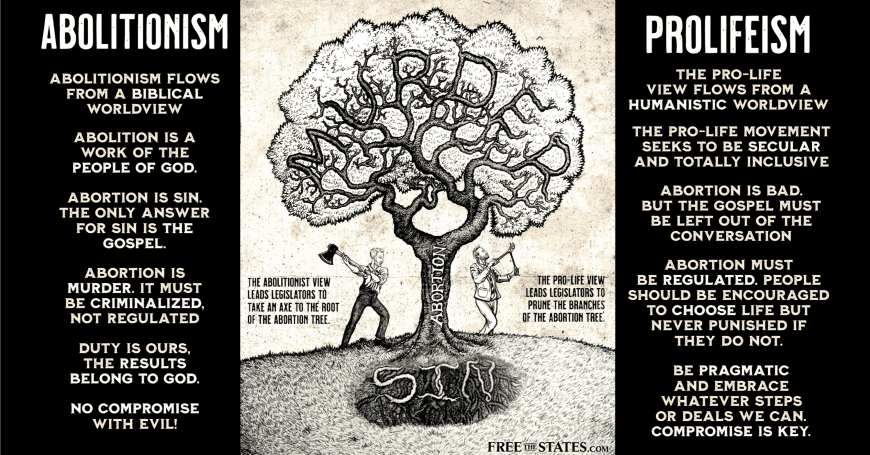 We, as an abolitionist organization, agree with the pro-life position that abortion is bad, but further, we believe abortion is murder and ought to be treated as such. While many who call themselves pro-life agree with us that abortion is murder, abortion has not been opposed by the pro-life political establishment in a manner consistent with its being murder. The manner in which abortion has been opposed by pro-life lobbyists and politicians has not only been inadequate and largely unfruitful, but cannot be fruitful for it betrays the very foundations of the case against Roe v Wade.

For 46 years, the pro-life movement has opposed abortion by seeking to compromise with it. Pro-life strategists have accepted Roe as the “law of the land” and have focused on trying to regulate the murder of children in the womb to the greatest degree the courts will allow. Secularly minded pro-life strategists, who set themselves up as the political “experts,” have left the word of God on the sideline and fought abortion with worldly wisdom. Tragically, most pastors and Christian leaders have blithely and without looking at pro-life arguments and strategies in light of scripture deferred to the pro-life establishment’s counsel. The Christian opposition to abortion has thus been woefully inadequate.

The need for a reformation of the way Christians fight abortion was met in 2011 when the Abolitionist Movement in America was reignited. We are a part of that movement. Thus, we want to be very clear in defining what we mean by abolitionist and why we distinguish ourselves as abolitionists rather than pro-lifers. 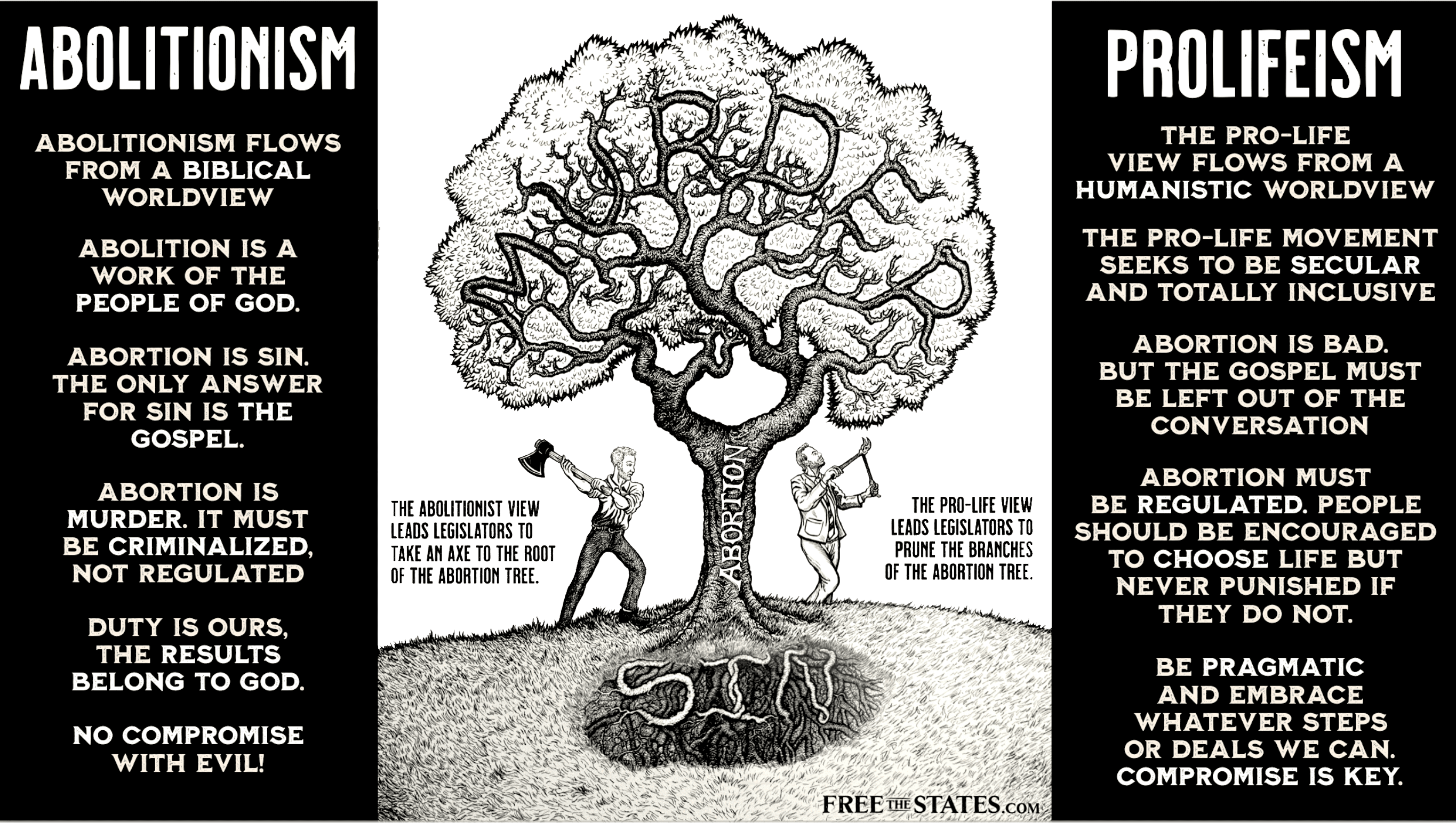 Regarding legislation, abolitionists do not believe that compromise is an effective way to fight child sacrifice. Abolitionists don’t believe we should make exceptions for abortion while arguing that abortion is evil. The abolitionist does not believe in encouraging the entrenched ageism and dehumanization of humans in the womb by putting forward bills that protect some humans at the expense of others based on their age or stage of development. The abolitionist calls for the total and immediate criminalization of abortion as murder and never attempts to simply regulate or reduce abortion by treating it as healthcare. 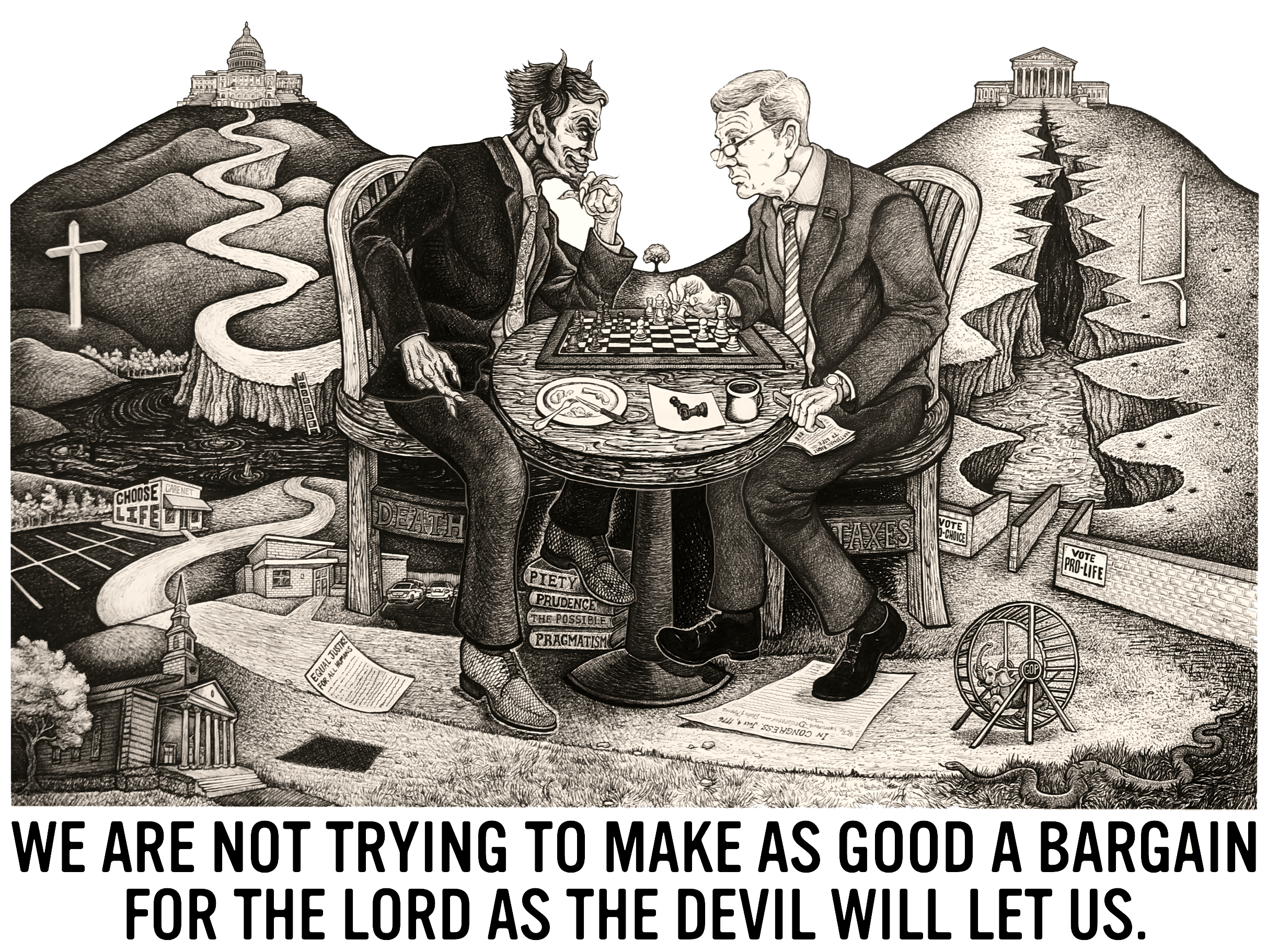 Knowing that abortion is not likely to be abolished overnight, the abolitionist consistently calls for total and immediate abolition while working diligently to reduce the number of abortions by practicing moral suasion and assistance for as long as it takes and until total abolition is accomplished.

Abolitionists are not trying to make abortion safer for women, more rare, or a little less legal. Abolitionists are seeking to criminalize abortion because it is murder and the laws against murder should be applied equally to all people. At the same time we preach the Gospel of Jesus Christ declaring that there is forgiveness for the sin of abortion, and all repentant post-abortive mothers and fathers can be redeemed and restored in knowing Jesus Christ as Lord. This truth does not mean that there should be no punishment for choosing to murder your child, however. There is no conflict between preaching the Gospel and establishing justice in the courts (Isaiah 1:16-17; Amos 5:15; Luke 11:42).

Simply put, abolitionism is nothing more or less than the practice of consistent biblical Christianity in a culture that practices child sacrifice. In our context, with abortion being the evil of our age, abolitionism is about the abolition of abortion in the name of, by the power of, and for the glory of Jesus Christ. We invite you to examine our views in the light of scripture and reason them out with us.

If you agree with the views presented on this page, it is time for you to move beyond the possession of a “pro-life” opinion or political/theological belief that abortion is wrong and people ought to choose life. It’s time to take consistent biblical action. Become an abolitionist yourself and join us in the work. Learn about what you can do at the “Get Involved” page.

The following pages in our “What We Believe” section further detail the distinctions between abolitionism and pro-lifeism. Please read and consider them. Click the button below to learn about the first distinction: Abolitionists are explicitly Biblical while pro-lifers are explicitly secular.