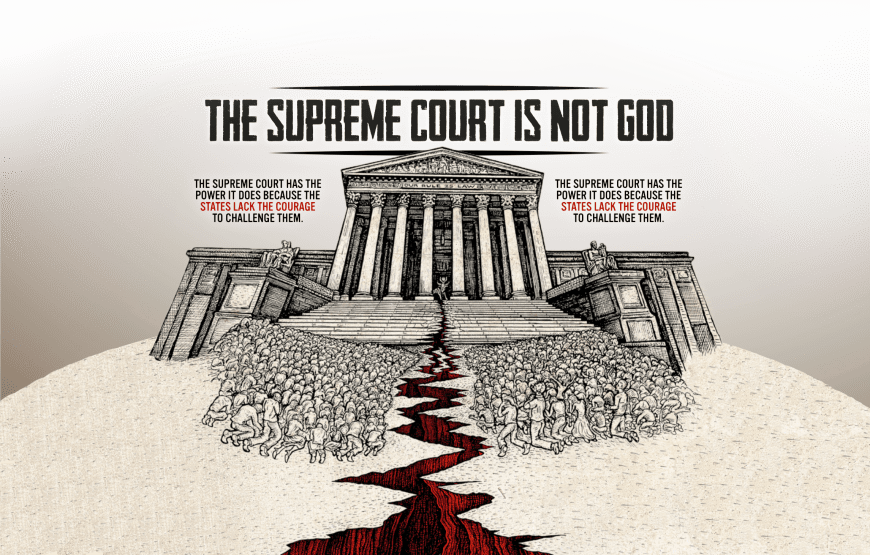 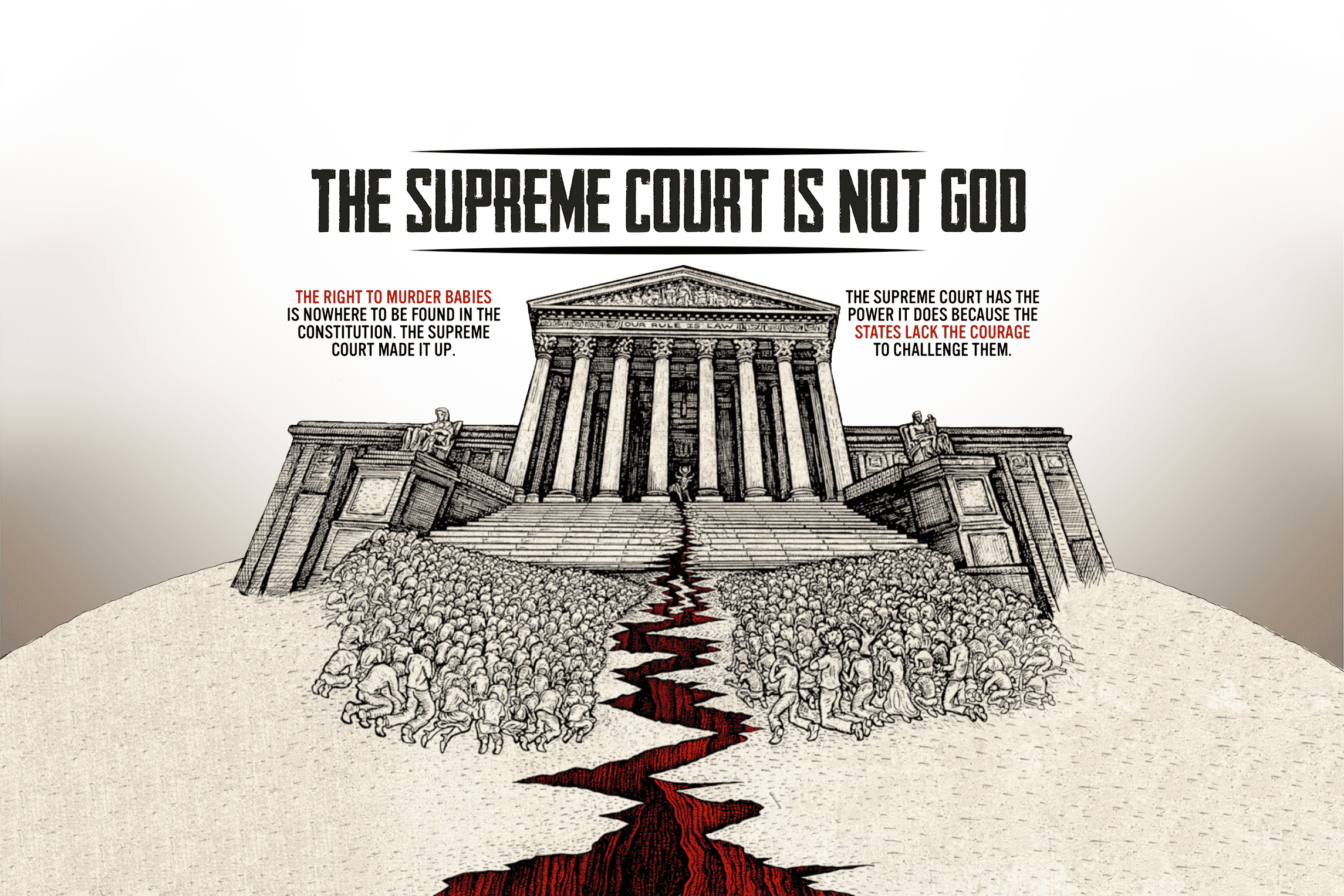 A bill which would abolish abortion in Texas and direct the State Attorney General to enforce the law regardless of attempts to invalidate it is getting push back from pro-life groups. Texas Alliance for Life Executive Director Joe Pojman told the Austin Chronicle his group’s opposition to TX HB896 is due to their unconditional submission to the Supreme Court. “We could no sooner ignore SCOTUS than the force of gravity,” Pojman said.

The problem with Pojman’s statement is much bigger than politics. In equating obedience to the Supreme Court with a law of nature, Pojman is telling us who his god is. His allegiance to the true and living God is reduced to a temporary alliance whenever God’s word happens to match the Supreme Court’s opinion.

This idolatry is rampant among pro-life leadership. It’s why not one prominent pro-life organization has supported the efforts to abolish abortion in Oklahoma, Indiana, Idaho, and now Texas. They think returning every few years to grovel for the Supreme Court’s permission to do what’s right is the appropriate way to fight the arbitrary federal legalization of murder. All the while, God’s word, not to mention the US Constitution, not only provide us the right to ignore Roe but command us to.

The Bible tells us to “rescue those being led to slaughter” (Prv 24:10), “bring justice to the fatherless” (Is 1:15), and love our neighbors as ourselves (Matt 22:39). You can do these things or you can submit to Supreme Court opinions stating that murdering certain humans should be legal, but you cannot do both.

As for the Constitution, Roe was decided in 1973 not 1173. The court knew just as well as today’s abortion supporters of the embryologic consensus that life begins at conception. Some admit the truth while others, like Roe author Justice Harry Blackmun, feign ignorance; but they all know of the humanity of the preborn. Accordingly, the 14th amendment’s equal protection clause provides the little human in the womb the same legal protections against murder as anyone else. Article VI of the Constitution specifies that only the Constitution and the laws made pursuant to it are legitimate laws. Roe is neither a law nor in any way pursuant to the Constitution. As former dean of Stanford Law John Hart Ely put it, “[Roe v Wade] is not constitutional law and gives almost no sense of an obligation to try to be.”

If the Constitution did protect the right to commit murder, it should be disregarded as well, for there is a higher law which forbids the intentional killing of innocent human beings. During a July 4th, 1854 speech to the Massachusetts Anti-Slavery Society, William Lloyd Garrison burned a copy of the US Constitution, among other documents, because of the pre- 13th and 14th amendment compromises which allowed for slavery. But in our case, there is nothing in the Constitution which allows for abortion, a fact which honest abortion supporters will admit. For this reason, the Constitution should be included in the case against abortion while not necessarily being the foundation of it.

But for Pojman and those like him, the law of the King of Kings as well as the nation’s founding document, which agree that murder must be outlawed, are to be nullified by the arbitrary whims of a few black-robed oligarchs whose power is unassailable and ultimate. We need to repent of this idolatry. We need to ignore Roe and abolish abortion. This requires less concern over what men will do if we outlaw murder and more concern about what God will do if we don’t.