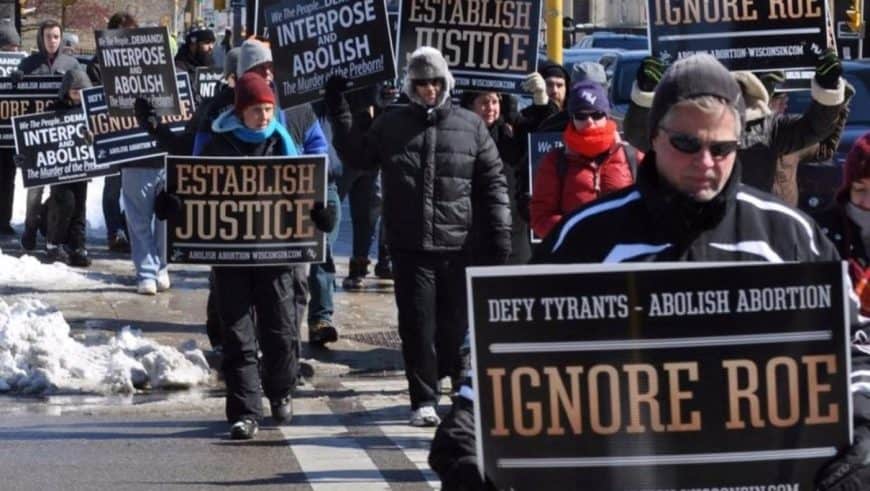 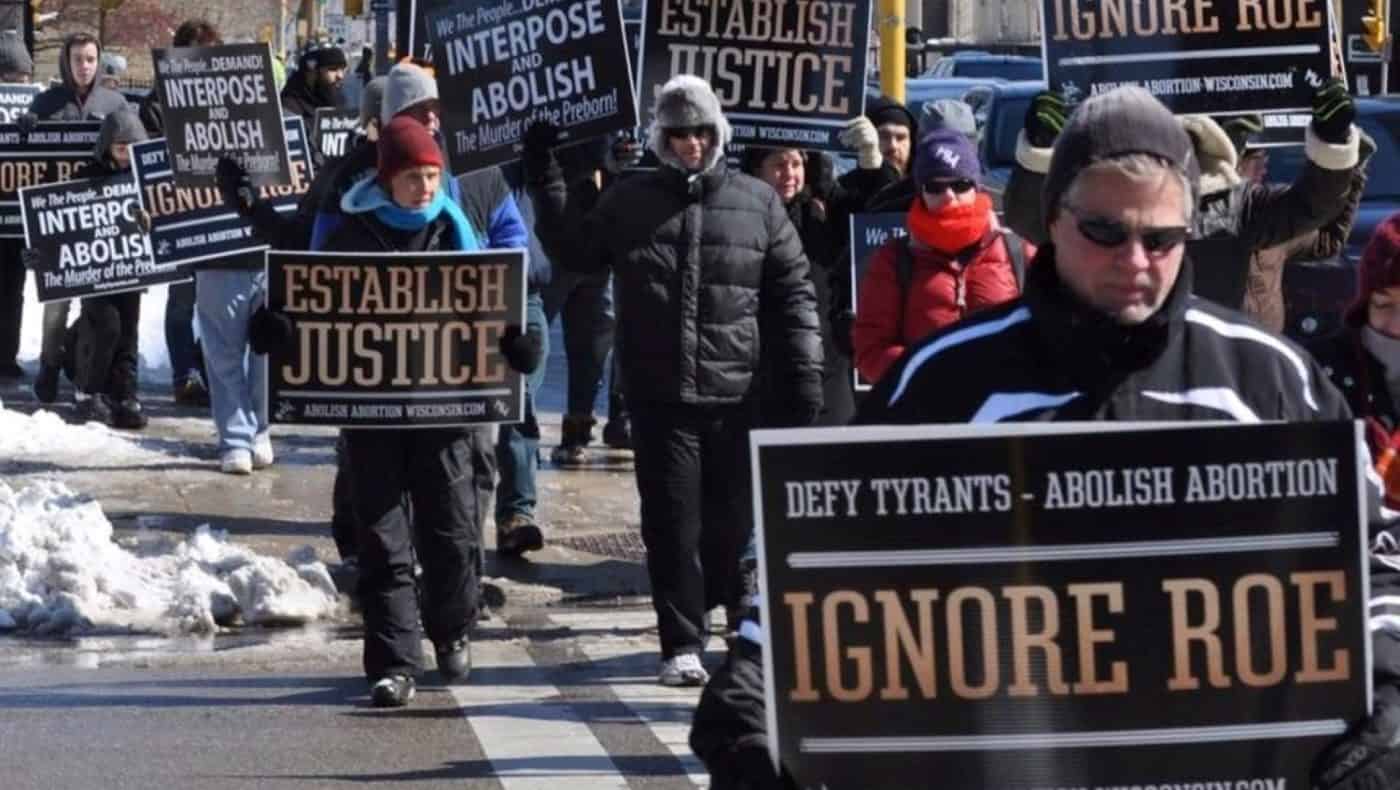 In case anyone thought Oklahoma pro-life politicians and lobbyists keeping abortion legal was an aberration, pro-life politicians in Indiana refused to hear IN HB1430, a bill which would have abolished abortion. Indiana House Committee on Public Policy Chairman Ben Smaltz (R-Auburn) decided against hearing the bill as the deadline for first hearings passed on February 18th.

HB1430, authored by State Rep. Curt Nisly (R-Goshen), would have added an article to Indiana criminal codes specifying that human physical life begins at conception, asserted the state’s authority to protect human physical life grounded in the ninth and tenth amendment of the US Constitution along with the Declaration of Independence, and established that any attempt to interfere with Indiana’s protection of human physical life is legally null. Abortion would have been completely abolished in Indiana if this bill had been passed and signed.

Smaltz tabled the same bill in 2017. He told the Fort Wayne Journal Gazette then that passing the Protection at Conception Act would be “catastrophic to the [pro-life movement].”

Smaltz was referring to the sections of the bill which would have repealed pro-life regulations of abortion which would have to be repealed in order to end abortion. He contends that a hostile judge could strike down the sections of The Protection at Conception Act which end abortion while upholding the sections which repeal regulations. This is verifiably false. Page 13, lines 10-17 of HB1134 specified that the bill is non-severable. According to Indiana law, “[i]f a statute contains a nonseverability provision and if any part of that statute is declared invalid, the whole statute is void.” HB1430 also had a nonseverability clause.

The same misinformation is being spread by Oklahoma pro-life politicians and lobbyists and it comes from the same source: National Right to Life’s state- and county-level affiliates. Allen County Right to Life (Fort Wayne and surrounding area) made the argument on their Facebook page.

Smaltz and Right to Life are either being dishonest or they don’t know what they’re talking about, and it’s very difficult to believe a State Representative and a major lobbying group, whose primary objectives are writing and lobbying for legislation, are unable to understand what a non-severability clause is. Indiana Right to Life declined to answer questions and the offices of Smaltz and Bosma did not respond in time for publication.

The other argument made by opponents of the Indiana Protection at Conception Act is that it’s unconstitutional. During a press conference, Indiana House Speaker Brian Bosma (R-Indianapolis) engaged in the following exchange.

Reporter 1: Will there be an abortion bill that moves?

Bosma: I believe there will be a life bill that’s been filed that will move.

Reporter 2: Are you talking about the Nisly bill?

Bosma: No. I’m talking about one that has some Constitutional legs.

Bosma, like Senators Smalley and Treat in Oklahoma, claims his hands are tied, ignoring the fact that his oath is to the Constitution, not the Supreme Court. That oath obligates him to ignore Roe v Wade, which was a grievous and deliberate violation of the Constitution.

Article VI of the Constitution establishes that only those made pursuant to the Constitution are legitimate laws and binding on the states. For those who misunderstood, Thomas Jefferson and James Madison authored the Kentucky and Virginia Resolutions which call state-level nullification the “rightful remedy” when the federal government acts in violation of the Constitution. Jefferson also addressed the topic of judicial supremacy specifically in an 1820 letter to Charles Jarvis. He could’ve been writing straight to Bosma.

“You seem to consider the judges as the ultimate arbiters of all constitutional questions; a very dangerous doctrine indeed, and one which would place us under the despotism of an oligarchy. Our judges are as honest as other men, and not more so. They have, with others, the same passions for party, for power, and the privilege of their corps…. Their power [is] the more dangerous as they are in office for life, and not responsible, as the other functionaries are, to the elective control. The Constitution has erected no such single tribunal, knowing that to whatever hands confided, with the corruptions of time and party, its members would become despots. It has more wisely made all the departments co-equal and co-sovereign within themselves.”

The question then is whether Roe is pursuant to the Constitution and therefore legitimate. On this point, there’s no serious discussion to be had. As former dean of Stanford Law John Hart Ely put it, “[Roe v Wade] is not constitutional law and gives almost no sense of an obligation to try to be.”

So, states are constitutionally obligated to ignore Roe, which is null by nature. Morally, when a superior entity or person rules that a lower entity or person must do something egregious, the sole suitable response is defiance. “I’m just following orders from D.C.” is no excuse for allowing mass murder.

In a phone interview, Nisly said that while it’s too soon to say for certain, there’s no reason he wouldn’t introduce The Protection at Conception Act again in 2020. He also said he’s unable to tell whether he thinks Smaltz and Bosma are coming around and may be more open to ending abortion in Indiana next year.

Indiana Right to Life endorsed Smaltz in 2018 over challenger William Carlin, who ran on a platform of supporting the Protection at Conception Act. Their endorsement was unqualified despite Smaltz’s public support for the legality of murdering babies conceived in rape or incest.

Carlin told us he is unsure whether he will be the one to challenge Smaltz again, but Amy Schlicter, president of Hoosiers for Life, the group who backed The Protection at Conception Act and Carlin’s campaign, said in a phone interview with The Resurgent that her organization intends to recruit candidates to primary Smaltz as well as other state-level Republican leaders in 2020.

“We absolutely will [keep challenging them],” Schlicter said. “Until there are people in [the legislature] that will stand for life, all life, without exception, we will continue to find people to run in their districts.”