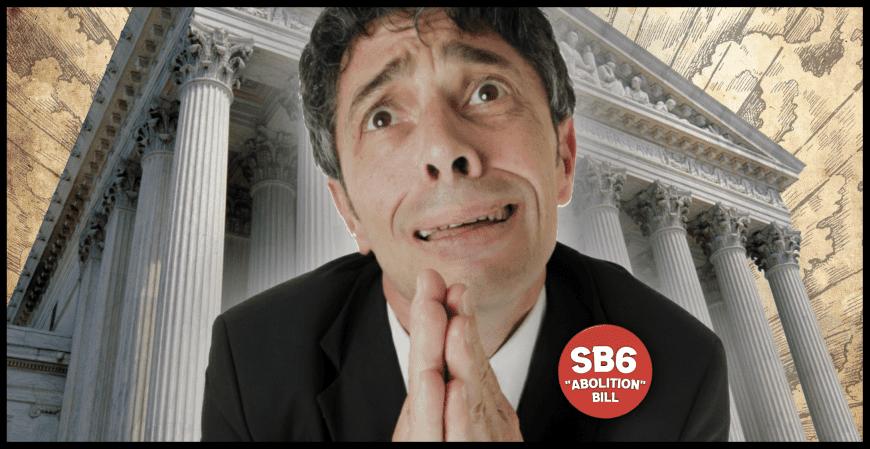 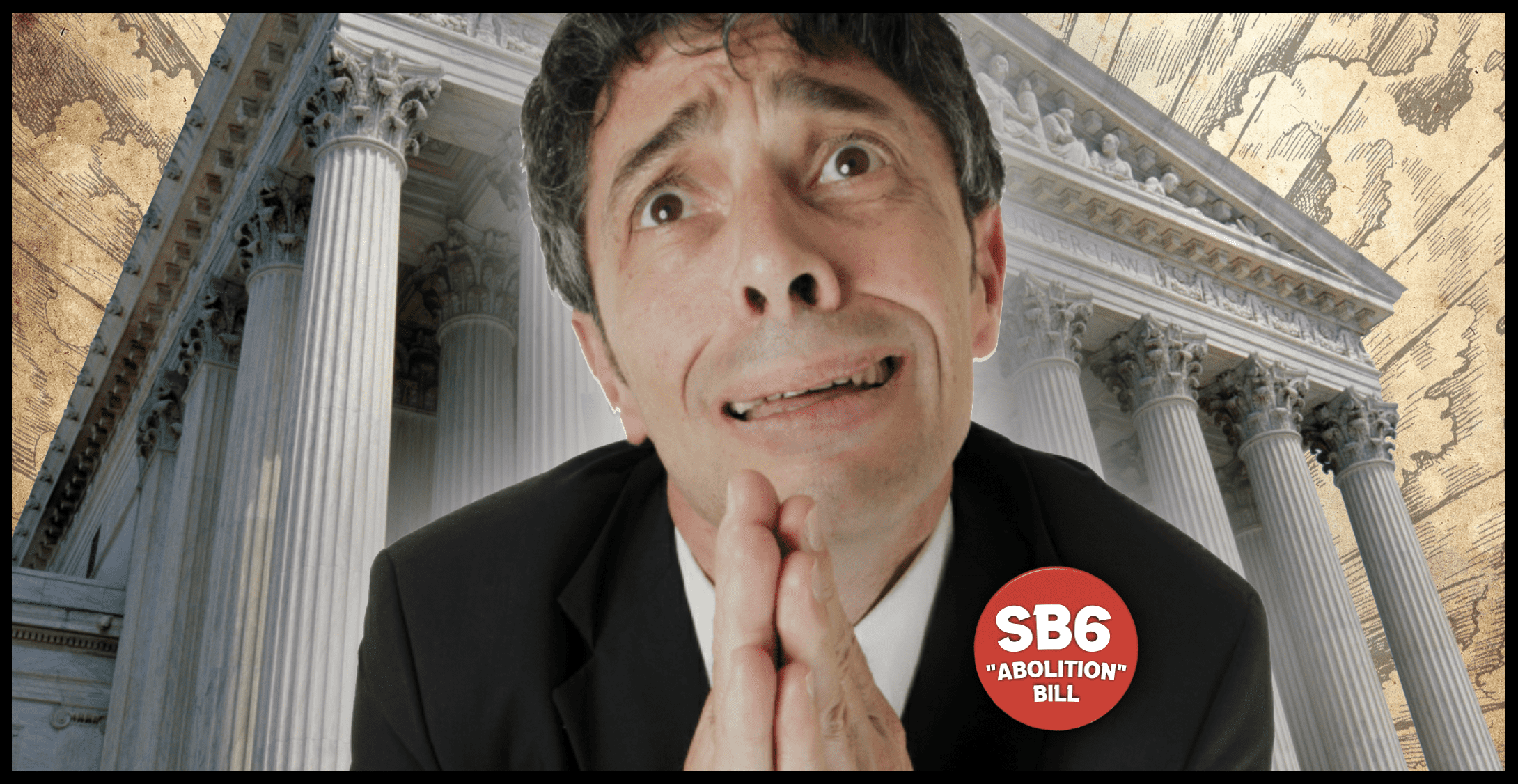 The Arkansas Unborn Child Protection Act (AR SB6) was passed by the State Senate Public Health, Welfare and Labor Committee last week. It’s passage is being celebrated as a pro-life victory, even more so than most bills because SB6 purports to “abolish abortion in Arkansas and protect the lives of unborn children; and to protect all human life.”

The reality of the bill does not match the hype, however. In one sense, it is encouraging that the abolition movement is making so much progress that pro-life politicians are using our language, but in another sense it is very dangerous when they pass off pro-life bills as total abolition bills and thereby twist the message of abolitionism.

There are a few problems, but this article will highlight the two biggest issues with SB6.

Unlike abolitionist legislation that has been introduced in Oklahoma, Texas, Idaho, Missouri, Indiana, Arizona, Washington, and Alaska, SB6 accepts the authority of the supreme court to force child sacrifice on the states. From this posture of submission, the authors of SB6 “plead with the United States Supreme Court to do the right thing.”

“The State of Arkansas urgently pleads with the United States Supreme Court to do the right thing, as they did in one of their greatest cases, Brown v. Board of Education, which overturned a fifty-eight year-old precedent of the United States, and reverse, cancel, overturn, and annul Roe v. Wade, Doe v. Bolton, and Planned Parenthood v. Casey.”

As Frederick Douglass said, “Power concedes nothing without a demand. It never has and it never will.” The supreme court is a tyrant which has usurped for itself the power to create law and legalize murder. We’ve pled with them to do the right thing in 38 abortion-related supreme court cases over the last 48 years. Every single one of these cases resulted in continued legal abortion. The supreme court is not conceding anything.

We must stop pleading and start making demands. We must tell the murderous, genocidal U.S. supreme court that they must do the right thing, and also that we are going to do the right thing whether they do or not.

“To treat as void and of no effect any and all federal statutes, regulations, treaties, orders and court rulings which would deprive an unborn child of the right to life or prohibit the equal protection of such right.”

It then specifies that the State attorney general and various district attorneys are to:

“[E]nsure the enforcement of Chapter 24 of Title 21 of the Oklahoma Statutes in relation to abortion regardless of any contrary or conflicting federal statute, regulation, treaty, executive order or court rulings.”

This defiance is mandated by God’s word in cases where governing authorities command that which God forbids or forbid that which God commands (Acts 5:29, Ex 1:17, Dan 3:18). Defiance is also mandated if we are to uphold  the U.S. Constitution. If a court can simply opine away the right to life, then we don’t have a Constitutional republic. We have a court of oligarchs with unconditional, uncheckable power.

This concept of the supreme court being above the Constitution is entirely foreign to the text of our founding documents. As Thomas Jefferson said, “The Constitution has erected no such single tribunal, knowing that to whatever hands confided, with the corruptions of time and party, its members would become despots. It has more wisely made all the departments co-equal and co-sovereign within themselves.” No single tribunal has unconditional authority. When one entity goes beyond the powers assigned to it by the Constitution, it is incumbent on the others to check the power of the offending entity. They don’t plead with the offending entity. They check the offending entity.

Pleading with the supreme court to do right fits Einstein’s definition of insanity. They’ve reaffirmed Roe 38 times over 48 years. No more pleading. Defy.

SB6 classifies the murder of preborn children as being on par with a class C felony for the abortionist and as no crime at all for the mother.

The abortionist is subject to “a fine not to exceed one hundred thousand dollars ($100,000) or imprisonment not to exceed ten (10) years, or both,” and the bill does not authorize “the charging or conviction of a woman with any criminal offense in the death of her own unborn child.”

In footnote 54 of the Roe v. Wade decision, justice Harry Blackmun explained that the lack of equal protection being given to preborn children in the State of Texas undercut the anti-abortion argument:

“There are other inconsistencies between Fourteenth Amendment status and the typical abortion statute. It has already been pointed out that in Texas the woman is not a principal or an accomplice with respect to an abortion upon her. If the fetus is a person, why is the woman not a principal or an accomplice? Further, the penalty for criminal abortion specified by Art. 1195 is significantly less than the maximum penalty for murder prescribed by Art. 1257 of the Texas Penal Code. If the fetus is a person, may the penalties be different?”

What Could Have Been

The good news here is that because of the momentum abolitionists are gaining, pro-life politicians are putting forward bills that are closer to being just bills. That a bill is being put forward which defines life as beginning at conception and which calls abortion a “crime against humanity” shows that abolitionists are having an impact on legislatures. They’re being pulled in our direction. But this bill still isn’t where it needs to be and abolitionists will be opposing it.

SB6 is especially disappointing because Arkansas abolitionists had been meeting with legislators and one in particular was on the verge of putting forward a bill of abolition. But when Rapert’s bill was announced in November, the legislator who was considering putting forward an actual abolition bill thought that all the momentum inside the capitol was behind Rapert’s bill and decided not to put forward the Abolition of Abortion in Arkansas Act.

One of the reasons abolitionists oppose incremental, court-submissive pro-life bills is because they serve as substitutes for abolition. There very well could have been a bill to abolish abortion in Arkansas had it not been for the faux-abolition SB6.

If you live in Arkansas, get connected with our friends at Abolish Abortion Arkansas, and set up meetings with your pastor, State Senator, and State Representative about abolitionism.