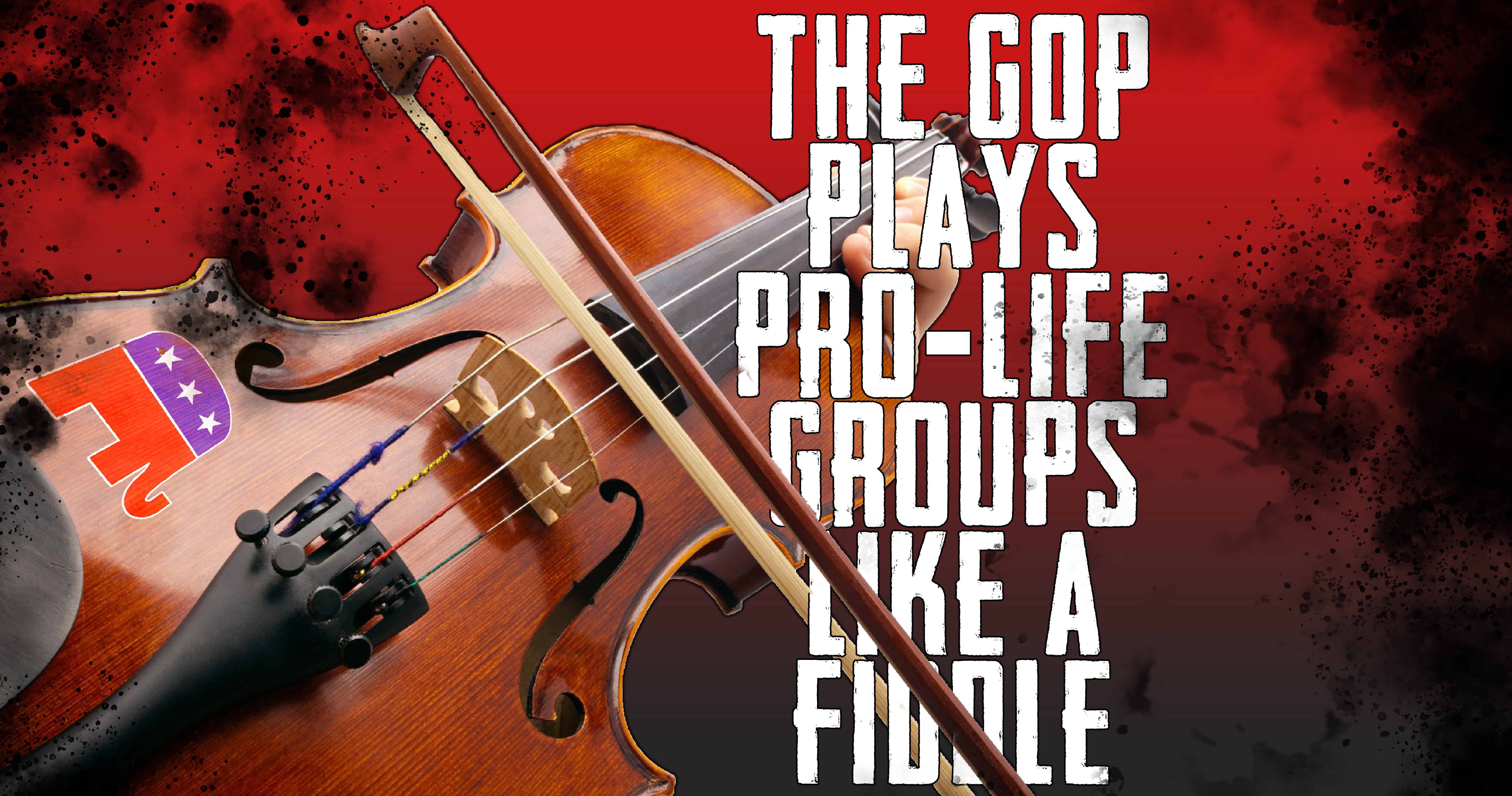 Politicians, like all other sinful people, have their own self-interest in mind (in most cases, more so than the average person).  The few with a strong moral center and who are indwelt by the Spirit of God will to varying degrees subdue their self-interest and stand on principle, but these are the exceptions to the rule.

The rule, being common to humanity, is not exclusive to one side of the political aisle. The Republican platform is more closely aligned with God’s word on many issues given that the Democratic party is almost entirely in thrall to enthusiastic God-hatred, but conservative politicians and lobbyists, like their counterparts on the left, primarily act in their own best interest, not in the best interest of any cause or even in accordance with their own platforms.

What this means for Christians is that we can’t take for granted the idea that Republican politicians will legislate and govern righteously. Though we may consider them to be “our team,” we have to hold their feet to the fire. We cannot blindly support them. We have to speak prophetically to them when they act immorally just as we do to Democrats.

But the allure of power and influence is attractive, and those who speak prophetically against their own side when appropriate are prone to being ostracized from those who would have otherwise been their allies. As a result, social movements rarely speak critically of the political party more closely aligned with their objectives, and there is a tendency for movements to be subsumed by political parties that seek to harness those movements for the party’s own purposes.

Tragically, this is what has happened with the pro-life movement. Much of the political wing of the pro-life movement is essentially a get out the vote project of the Republican establishment. Pro-life politicians pay lip service to the cause of defending the preborn while most do nothing to abolish abortion, and many have no intention of abolishing abortion or even accomplishing as measly an objective as keeping federal funds from child killers. As was reported last year, Rand Paul was famously told by a Senate Republican leader that party leadership wasn’t going to allow a vote on defunding Planned Parenthood because “we might win.”

It’s not that Republican politicians in many states don’t have the power to abolish abortion; it’s that they do, but choose to pass unjust abortion regulations year-after-year instead. This is a clear instance where pro-lifers need to hold Republican politicians to a higher standard, but instead, the pro-life lobbyists are in lockstep with the Republican establishment.

Alaska Family Values, a pro-life and pro-family group, fiercely opposed David Eastman’s reelection. Eastman is the man who authored the bill to abolish abortion in the state. Alaska activist Matt Johnson has his finger right on the pulse of the issue.

“Alaska Family Action wants to pursue an incremental strategy of nibbling away at the edges of Roe v. Wade and the abortion industry. The Republican Establishment, of course, loves this idea. It gives them cover. They can continue to pay lip-service at election time, and they don’t really have to vote on legislation that requires much courage or risk on their part.

“Organizations like Alaska Family Action are happily given access, because they’re giving the Republican Establishment exactly what they want. They want political power. Period. That’s all.

“So, the Republican Establishment is happy to throw pro-lifers a bone every now and then, like once every 20 years or so, like they did with SB 49, which was subsequently overturned by the courts. The only ‘victory’ in recent memory achieved by the incremental strategy proved hollow. It was pyrrhic victory.

“The truth is: (1) the Republican power brokers, despite the party platform, do NOT want to end abortion (2) Alaska Family Action, perhaps unwittingly, is being played like a fiddle.”