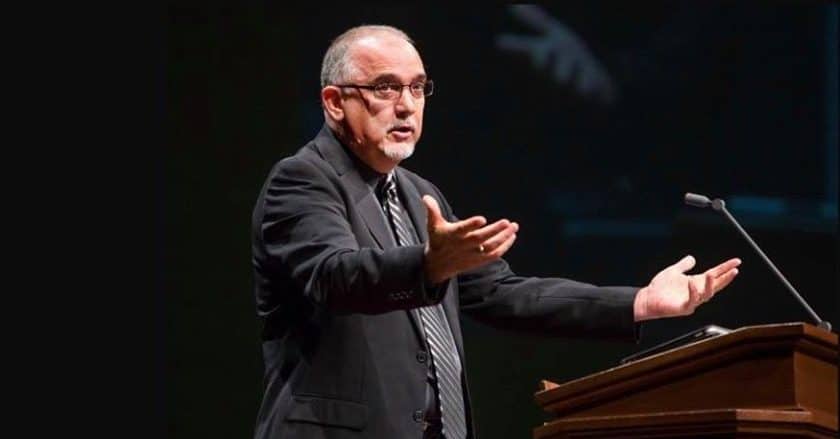 In a recent article, Tom Ascol, pastor of Grace Baptist Church in Cape Coral, FL and president of Founders Ministries, called Christians and Southern Baptists in particular to move beyond pro-life legislation to call for the total and immediate abolition of abortion.

Ascol begins the article with the lyrics of a song written in response to the Roe v. Wade opinion by popular 70s rock duo Seals and Croft:

In 1974, one year after the United States Supreme Court created a law to legalize abortion on demand in the Roe v Wade case, the pop rock duo, Jim Seals and Dash Crofts, released a song called “Unborn Child.” That song damaged their music careers and cost them dearly. Consider the lyrics.

“Oh little baby, you’ll never cry, nor will you hear a sweet lullaby.

Oh unborn child, if you only knew just what your momma was plannin’ to do.

You’re still a-clingin’ to the tree of life, but soon you’ll be cut off before you get ripe.

Oh unborn child, beginning to grow inside your momma, but you’ll never know.

Oh tiny bud, that grows in the womb, only to be crushed before you can bloom.

Mama stop! Turn around, go back, think it over.

Now stop, turn around, go back, think it over.

Stop, turn around, go back think it over.

Oh no momma, just let it be. You’ll never regret it, just wait and see.

Think of all the great ones who gave everything

That we might have life here, so please bear the pain.

Mama stop! Turn around, go back, think it over.

Now stop, turn around, go back, think it over.

Stop, turn around, go back think it over.”

In a 1993 interview the duo revealed that their record label, Warner Records, warned them not to release the song because it was too controversial. They replied,

“But you’re in the business to make money; we’re doing it to save lives. We don’t care about the money.”

Ascol then reveals that Seals and Croft weren’t even Christians, yet their response puts to shame the Southern Baptist Convention at the time which was pushing for legal abortion in some cases even before the 1973 Roe opinion.

Seals & Crofts were outspoken proponents of the eastern religion known as the Baháʼí faith. Yet, the moral clarity that they had from that false religion shames the profound moral confusion reflected in the public declaration made by Southern Baptists in 1974. In its annual meeting, held in Dallas that year, the SBC passed a “Resolution on Abortion and the Sanctity of Human Life” that called on Southern Baptists to “reaffirm” a 1971 “Resolution on Abortion.” Under the leadership of the 1971 Resolutions Committee, the SBC called on Southern Baptists

“to work for legislation that will allow the possibility of abortion under such conditions as rape, incest, clear evidence of severe fetal deformity, and carefully ascertained evidence of the likelihood of damage to the emotional, mental, and physical health of the mother”

While unbelievers Seals and Crofts were sacrificing their careers to protest the murder of children through their music, Southern Baptists were promoting it through their resolutions.

Ascol then talks about convention-wide repentance for the organization’s complicity in the slaughter of preborn children, and reveals info about a resolution which will be submitted at the next Southern Baptist Convention annual meeting.

The resolutions that Southern Baptists adopt matter. The bloody stain that comes from the more than sixty million babies who have been legally put to death belongs in part to Southern Baptists for their ethical failures to speak clearly, prophetically and consistently on the sanctity of the life of preborn humans. That stain, like all sinful stains, can be removed by the blood of Jesus Christ. As King David prayed, “Wash me, and I shall be whiter than snow” (Psalm 51:7). There is genuine forgiveness for all who turn from sin to Christ.

It is time for Southern Baptists to repent of their complicity in searing the conscience of a nation that has yet to cease the slaughter of unborn innocents. A resolution calling for such repentance was going to be submitted to the 2020 Resolutions Committee of the SBC. Since the convention was cancelled, that will have to wait until next year. But Southern Baptist churches and leaders do not have to wait to take stronger actions to abolish abortion from our nation’s land.

Notably, an abolitionist motion was made at the 2019 meeting by Indiana pastor Derin Stidd. The motion was struck down on a technicality by the SBC executive committee. The rejection of Stidd’s motion was celebrated by former Ethics and Religious Liberty Commission (the SBC’s political arm) policy director Matt Hawkins who sneered that Stidd’s motion had been “squashed… like the bug it is.” The resolution Ascol references will go before the SBC Resolutions Committee in 2021.

Ascol closes his article by calling readers to contact the ERLC directly and get connected with abolitionists in their area.

Contact the Ethics and Religious Liberty Commission and encourage them not simply to work for pro-life legislation, but to start calling for the complete abolition of the murder of unborn children in our nation. Contact federal, state, and local government officials and humbly yet firmly make the same demand. Connect with other Christians in your area who will join you in this effort. Here is a great interview with my brother, Bill Ascol, about how he got involved in this kind of effort in Oklahoma.

When the Southern Baptist Convention convenes June 15-16, 2021 in Nashville, TN, the Lord willing, a strong resolution should be submitted that renounces the SBC’s complicity in the abortion culture of our nation. Until that time, may pastors, churches, and all Southern Baptists bring forth fruits of repentance by working for the end of this national holocaust.

Ascol’s article is an extremely encouraging development. Oklahoma Southern Baptists amended their convention’s platform on abortion to call for total abolition last November. Ascol’s brother Bill, a pastor in Owasso, was among the supporters of that change. Now the Ascol brothers, Oklahoma Southern Baptist pastors, and abolitionist pastors from numerous states will push for abolitionism at the national SBC in 2021, by which time, hopefully a state will have crossed the finish line and abolished abortion. Bills of total abolition are gaining traction in Oklahoma, Texas, Idaho, and other states.