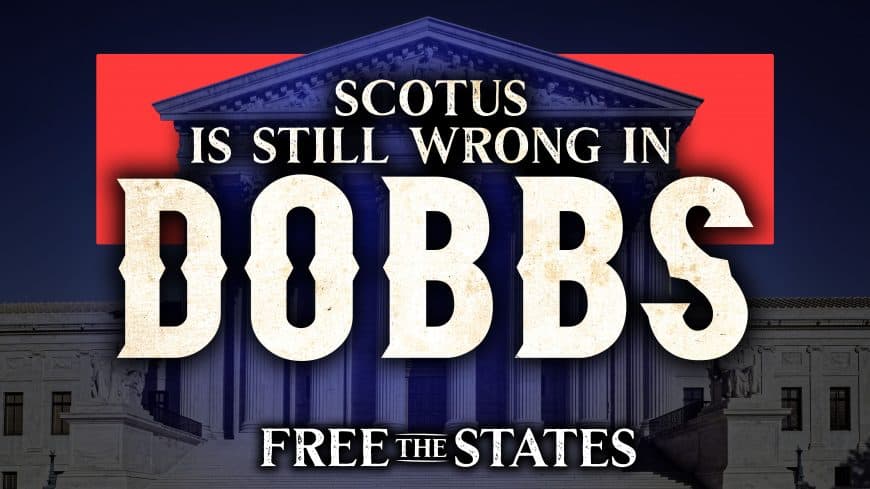 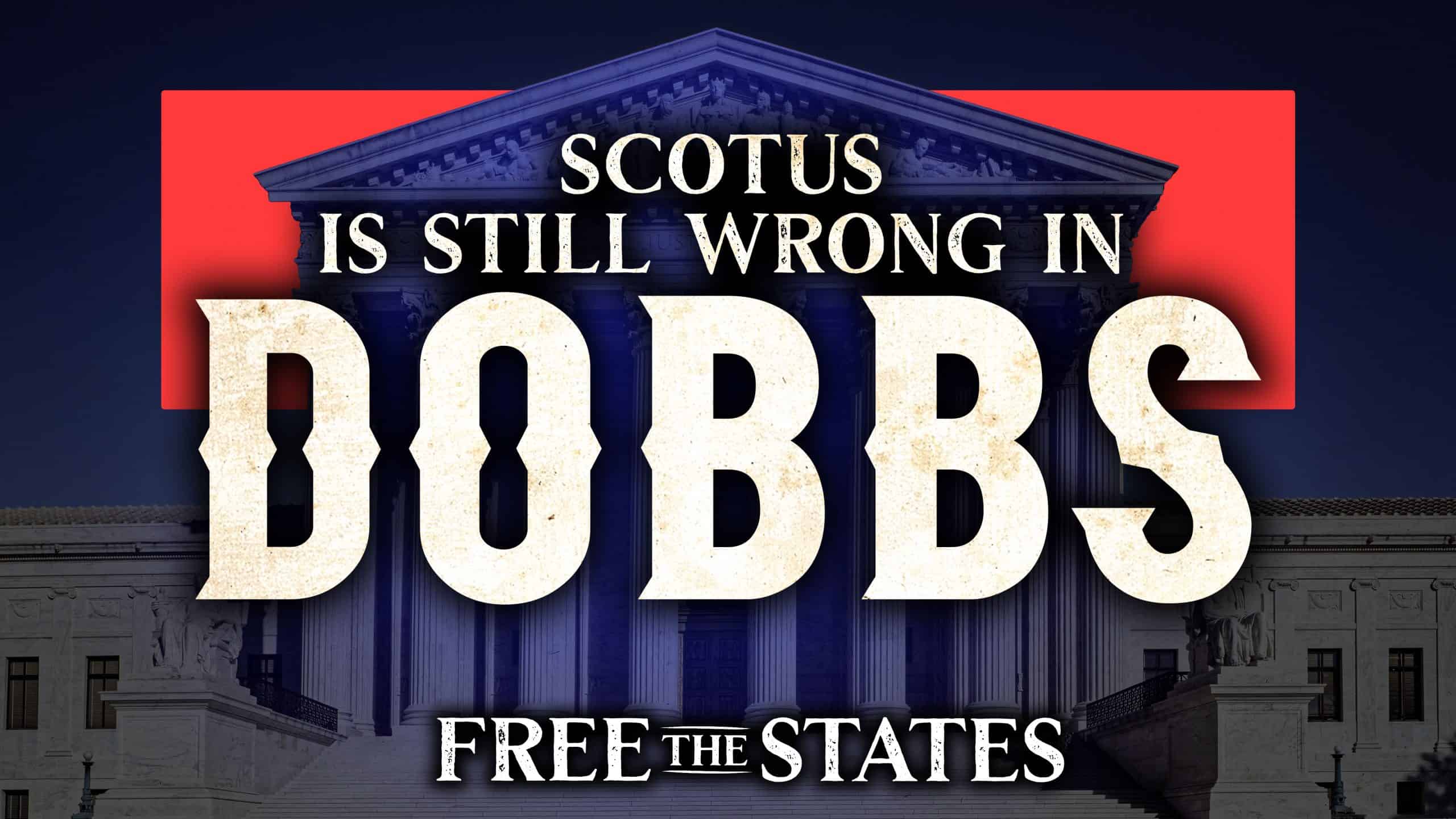 The Dobbs v Jackson Women’s Health decision was announced Friday morning and Roe v. Wade and Planned Parenthood v. Casey have been overturned. Writing for the majority, Samuel Alito said, “The Constitution does not prohibit the citizens of each State from regulating or prohibiting abortion. Roe and Casey arrogated that authority. We now overrule those decisions and return that authority to the people and their elected representatives.”

In other words, state and federal legislators have been given permission by the court to pass any abortion law they desire. Of course, we never needed the court’s permission to obey Christ or uphold the Constitutional rights to life and equal protection, but we now have it.

Four important points in response to the Dobbs decision:

1) It Was Wrongly Decided

The majority argues that state and federal legislators can legislate however they want regarding abortion because the Constitution is neutral on the subject. Because the fifth and 14th amendments protect the rights to life and equal protection of all “persons,” the only way to justify the idea of Constitutional neutrality on abortion is to argue that preborn human beings are not “people” for purposes of those amendments; a preposterous assertion.

Preborn children are living human beings. This is not in dispute, even by abortion supporters. But the abortion supporter argues that not all humans are persons: that to achieve personhood, the preborn human has to make it to viability, birth, 28 days post-birth, or some other arbitrary point. That is, they argue that there is such a thing as a human non-person.

If we concede the validity of the human non-person concept, then no one’s God-given, Constitutionally protected rights are safe. If the majority decides you’re a human non-person, all legal protections no longer apply to you. Lest anyone think that’s a far-fetched or impossible scenario for a “civilized,” Western country, it has happened to preborn, Jewish, and black people in the West in recent history. If preborn people’s rights aren’t safe, no one’s are.

For 49 years, the Supreme Court has abused its authority in forcing the states to allow mass murder. Now, in refusing to provide preborn children equal protection, the Court has abdicated its authority. The human non-person concept, which the supreme court affirmed in Dobbs, must be destroyed. All humans are created in the image of God and are persons who must be provided the equal protection of the law. The battle continues until our laws and our society reflect these principles.

That every state in the union bowed to the genocidal Roe opinion and allowed the mass murder of at least 65 million people is to our great shame. While it is too late to defy Roe, it’s never too late to repent of the idolatry of obeying man instead of God. It is possible that federal legislative or executive action might be taken in the coming months or years to force abortion on the states once again and we could be right back in the same position. If that happens, we must be prepared to learn from the mistakes of the past, ignore evil and unconstitutional diktats, and abolish abortion.

3) One Objection (Ignore Roe) Down, One (Equal Protection) to Go

Though abortion regulations just became much more restrictive in about half the states, it is still legal to murder a preborn children in one form or another in every state because not a single state has made preborn children equal under law. Many loopholes for abortion remain, including a loop hole of self-induced abortion which is available in every state because of the pro-life dogma that mothers should never face legal penalties for murdering their children. The political battle is not over until preborn children have been made equal under law and abortion is classified as homicide.

One of the positive aspects of Roe being overturned is that legislators can no longer hide behind the court and pretend their hands are tied. Now, the dispute will focus singularly on the question of equal protection: should preborn children receive the same protections and justice that all of us get? Should those who intentionally kill preborn children — including the mother — be liable to face penalties, as appropriate given the facts of the case, for doing so? Until our law answers these questions in the affirmative, the political work is not done.

4) Power Concedes Nothing Without a Demand

At the risk of coming off as self-serving, it’s important to take stock what leads to a decision like this, especially with incrementalists like Bart Barber, Doug Wilson, and others jumping to claim Roe‘s reversal as an incrementalist achievement.

The court was not designed to respond to political pressures, but any honest observer of justices like John Roberts and Brett Kavanaugh knows that they are very sensitive to the blowing of the political winds. The growing popularity of the Abolitionist Movement and “ignore Roe” sentiment undoubtedly impacted the justices’ decision-making. The Are You An Abolitionist booklet explains: “The abolitionist position is that the supreme court’s permission is not necessary to abolish abortion, but our position is also more likely to bring about Roe‘s reversal. A state challenging the court’s self-appointed authority to legalize murder signals to judges and justices that the people will no longer put up with judicial activism and legislation from the bench. The supreme court has no enforcement power, meaning their authority is contingent upon the degree to which it respects the Constitution and the respect it commands from the other branches, from the states, and from the people. If the supreme court sense that the people will no longer accept their ignoring the Constitution, inventing rights, and legalizing murder, they will be more likely to correct those wrongs.”

As Frederick Douglass famously said, “Power concedes nothing without a demand.” The Pro-Life Movement begged for the court’s permission for 49 years. The Abolitionist Movement made a demand: abolish abortion or else we will.

After Dobbs, the work of sponsoring and supporting legislation making preborn children equal under law continues! To accomplish this important work, we need all of your support. If you haven’t already, please take the following actions: