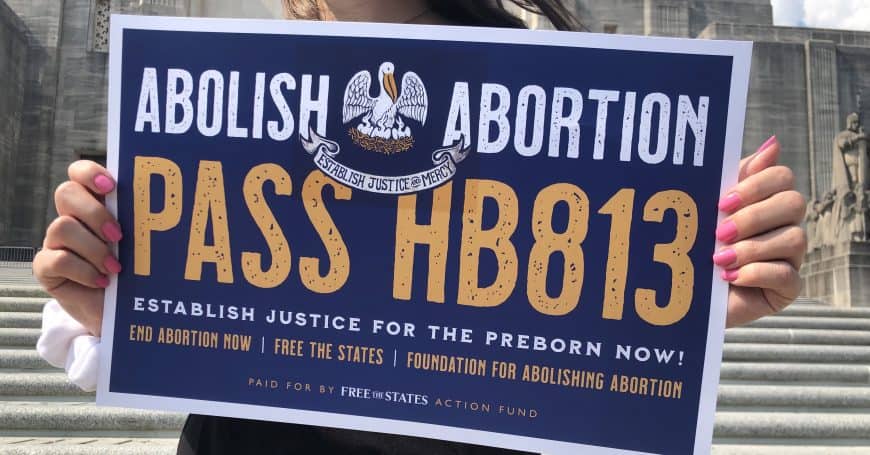 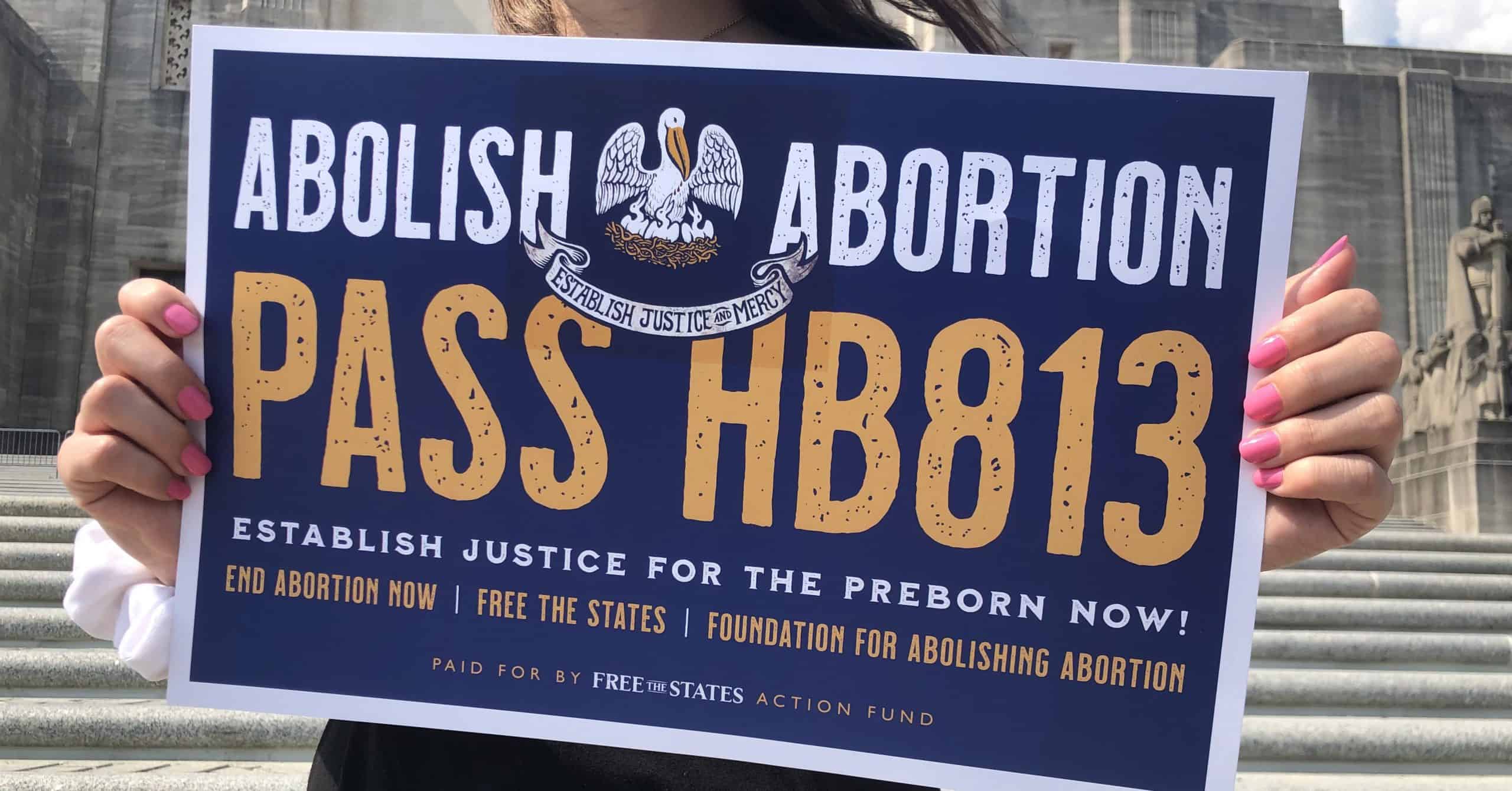 The Louisiana State House voted on Thursday to strike all language from the Abolition of Abortion in Louisiana Act (HB813) and replace it with trigger language despite a trigger bill already having been passed in 2006. The bill, as originally written, would have immediately abolished abortion in Louisiana. Instead, the new trigger language slightly increases the penalties for abortion from the ’06 law and turns HB813 into a companion bill for Senate Bill 342 which was passed by the State Senate earlier this year.

The amendment that gutted the bill was filed by pro-life State Rep. Alan Seabaugh, who enthusiastically supported HB813 as originally written in the committee hearing. When asked to vote on HB813 in committee, Seabaugh offered a hearty “absolutely!” instead of the traditional “yes.” Despite supporting the bill in committee, Seabaugh is one of many Republicans who flip-flopped on the bill in the last week as pressure was applied from pro-life establishment lobbyists and politicians. Many of the same Republicans who voted the bill out of committee voted to adopt the amendment that erased the bill they voted for, with the final tally being 65 voting in favor of gutting the bill and 26 against. With the bill reduced to language that would do absolutely nothing, the bill’s author, Rep. Danny McCormick, pulled the bill from consideration.

McCormick argued passionately on the House floor for his bill as it was written and against the amendment, telling his colleagues that their vote on Thursday would determine which side of history they would go down on and whether abortion would be abolished or continue indefinitely.

Seabaugh, arguing for the amendment, said that Louisiana is a pro-life state and that “Pro-life bills fly off of this floor” with ease year after year. He continued by arguing that Roe v. Wade is “still the law” and that we cannot pass a law to abolish abortion without the supreme court’s permission.

At one point, Seabaugh blatantly lied about the content of the bill, saying that it would open up the possibility of prosecuting women who have had abortions prior to the passage of the bill. On the contrary, section 5 of the bill establishes that “This Act applies to crimes committed on or after the effective date of this 21 Act. For purposes of this Act, a crime is committed before the effective date of this Act if 22 any element of the crime occurs before the effective date.” Shouts of “liar” erupted from the balcony of the chamber as Seabaugh mislead his colleagues and everyone across the nation watching the bill.

The wave of Louisiana House Republicans turning on the bill and choosing to keep abortion legal is a result of Pro-Life Establishment organizations and politicians coming out against the bill in the last week, starting with Louisiana Right to Life (LARTL) who wrote in a press release that, “Our longstanding policy is that abortion-vulnerable women should not be treated as criminals.” Of course, “abortion-vulnerable” women shouldn’t be treated as criminals. But mothers who intentionally commit a criminal act (ie. murder an unborn child) should not be immune from prosecution.

Louisiana Governor John Bel Edwards, a pro-life Democrat, followed up, saying, “To suggest that women would be jailed for an abortion is simply absurd.” What is actually absurd is Edwards saying that we should “create a Louisiana that values life and supports women” while simultaneously arguing that women should be allowed to murder as many preborn children as they want with impunity.

Louisiana Family Forum Director Gene Mills also opposed HB813, saying, “It’s legally broad and vague, poorly written…I don’t think [those supporting the bill] have considered the impact.” Abolitionists know exactly what we are calling for, and have written and other taught extensively on every concept contained within an abolition bill. We have refined the language of abolition bills over six years of introducing them in more than a dozen states.

Pro-life Congressman Mike Johnson also played a significant role in the effort to prevent abortion from being immediately abolished in Louisiana, making phone calls to key state legislators telling them to oppose the bill.

Some Louisiana politicians, many of whom formerly supported HB813 as written, have argued that all of the major pro-life organizations have chosen to treat the mother as a victim of abortion with the unborn child. Their words were proven true when 70 leading pro-life organizations came out with a statement on Thursday — while the Louisiana House was deliberating — opposing any penalties for mothers no matter how many preborn children they intentionally murder.

The result of these pro-life groups teaching legislators that they should oppose abortion’s total abolition is babies continuing to be murdered in Louisiana. Getting active in the Abolitionist Movement is incredibly important. Join our email list if you haven’t already. Lobby your State Senator and Representative regularly and feel free to send us a message if you would like help with doing so. Spread the word about abolitionism by sharing abolitionist content such as The Liberator Podcast, the Are You An Abolitionist booklet, and the abolitionist documentary A Storm Comes Rolling Down the Plain.

But beyond getting involved in these ways, all of us need to make sure everyone in our sphere of influence knows that it is pro-life organizations who are keeping abortion from being abolished. Share this article with your pro-life friends and family.