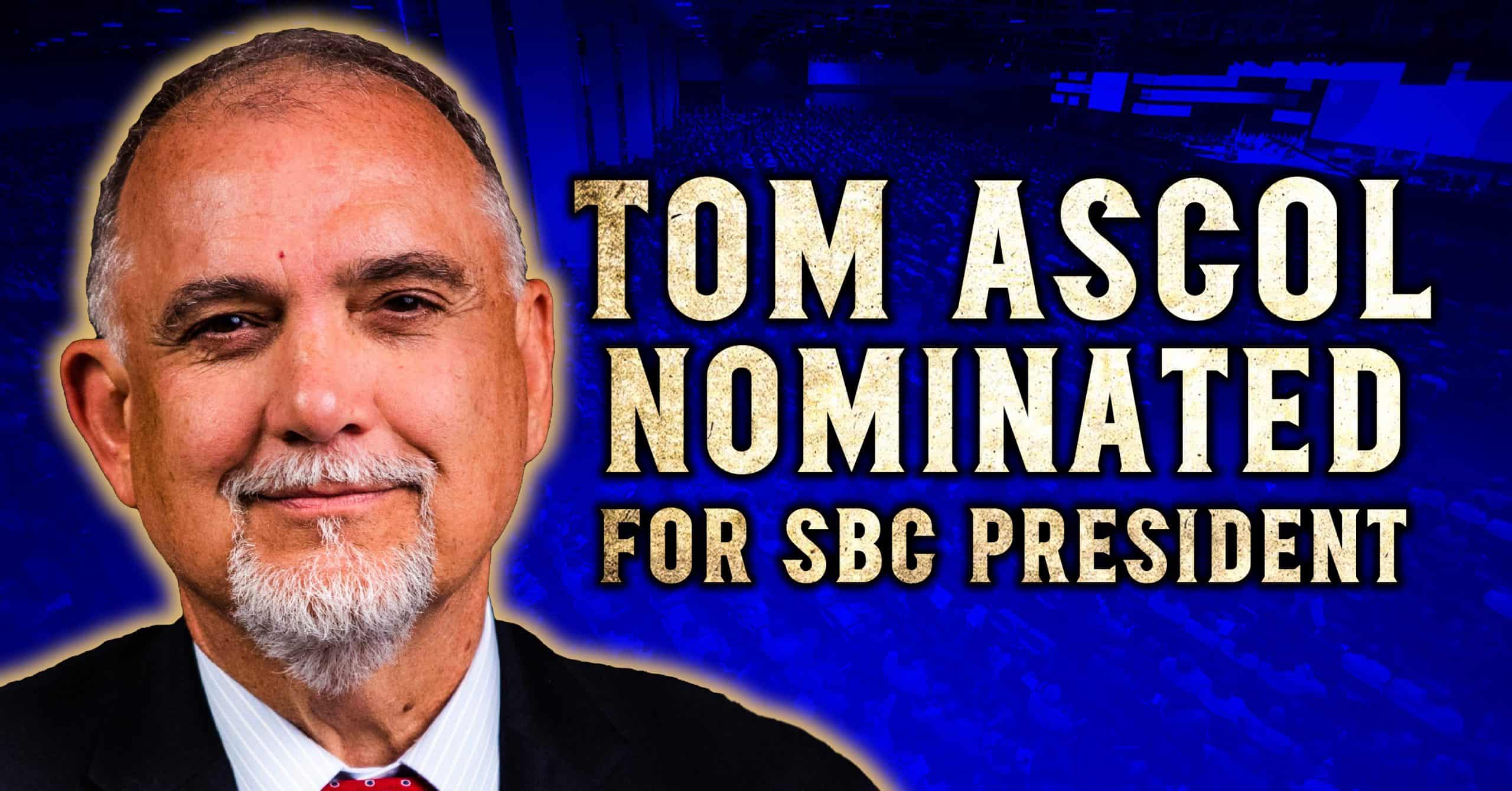 Ascol and Founders have become a force within the SBC, primarily fighting against feminism and critical race theory which have been creeping into the convention. In recent months, Ascol has become more outspoken on the subject of abolition, criticizing SBC leaders who tried to squash the Southern Baptist Resolution on Abolishing Abortion and who are still trying to oppose it.

Ascol joined us on the Liberator Podcast for our first episode of 2022, and featured abolitionist pastor C.R. Cali on Founders’ signature podcast, The Sword and the Trowel.

Ascol’s brother, Bill Ascol, led the abolitionist charge at the SBC Annual Meeting last June, motioning to bring the Resolution on Abolishing Abortion out of committee and being the primary spokesman on its behalf while it was debated on the floor.

Abolitionist pastors from around the Southern Baptist Convention were thrilled by Ascol’s nomination and the prospect of having a President who will speak loudly and boldly for the immediate abolition of abortion.

Dusty Deevers, Pastor of Grace Community Church of Elgin (Elgin, OK), primary author of the Southern Baptist Resolution on Abolishing Abortion, and co-producer of A Storm Comes Rolling Down the Plain: “Without reservation, I support Dr. Tom Ascol for President of the Southern  Baptist Convention. Dr. Ascol is the sola Scriptura candidate. Whatever the issue, Tom will do what he’s done for 44 years as a SBC pastor: point his finger to the Word of God—not the winds of culture or talking points of the elite—and say, ‘By this standard alone!’ Whether abortion, defending biblical sexuality and the family, or confronting sexual abuse, Tom Ascol has been clear and bold and can lead us with God’s Word for God’s world. May God continue to establish the work of his hands. #ChangeTheDirection”

Clay Hall, Pastor of Oak Grove Baptist Church (Paducah, KY) and founder of Abolish Abortion Kentucky: “We Southern Baptists still claim to be ‘people of the Book.’ That being the case, I can think of no leader better equipped to keep us focused on the authority and sufficiency of the inerrant and infallible Word of God. I praise God for Pastor Tom Ascol’s presidential nomination and I pray he is elected.”

Chris Gore, pastor of First Baptist Church of Beggs (Beggs, OK): “I think that Tom Ascol is exactly the man the SBC needs in this time and at this hour. His understanding of the SBC, both past and present, make him the perfect candidate to guide the future of our convention.”

Brett White, pastor of First Baptist Church of Phoenix (Medford, OR): “I am encouraged to see Tom Ascol being put forward as president of the SBC. Sadly the SBC has strayed from her biblical roots and has long adopted pragmatic methodologies instead of resting on the authority and sufficiency of Scripture. Tom Ascol has a proven track record of being a defender of the truth, and I believe he would have the courage to steer the SBC back to the Bible.”

Brett Baggett, pastor of Ekklesia Muskogee (Muskogee, OK) and founder of Rescue Those: “I will be voting for Tom Ascol to be the new president of the SBC, and I encourage you to as well, fellow messengers. We need men who are not scared to say what God says in His Word and then follow that speaking up with actual doing. By the grace of God, I think Tom is that kind of man.”

David Van Bebber, pastor of Linn Valley Community Church (Linn Valley, KS): “Dr. Tom Ascol has been a consistent voice in advocating a robust response from the SBC to denounce Critical Race Theory and to deal with doctrinal drift  across the denomination. His fortitude, conviction, and love for the SBC have been on display in Founders Ministries for years. Countless pastors have been impacted through the ministry of Dr. Ascol, and I am excited to endorse him to be the next SBC President.”