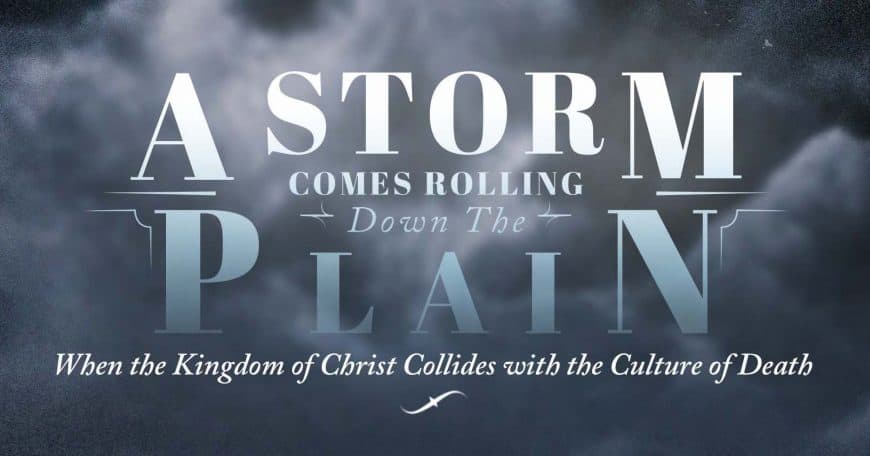 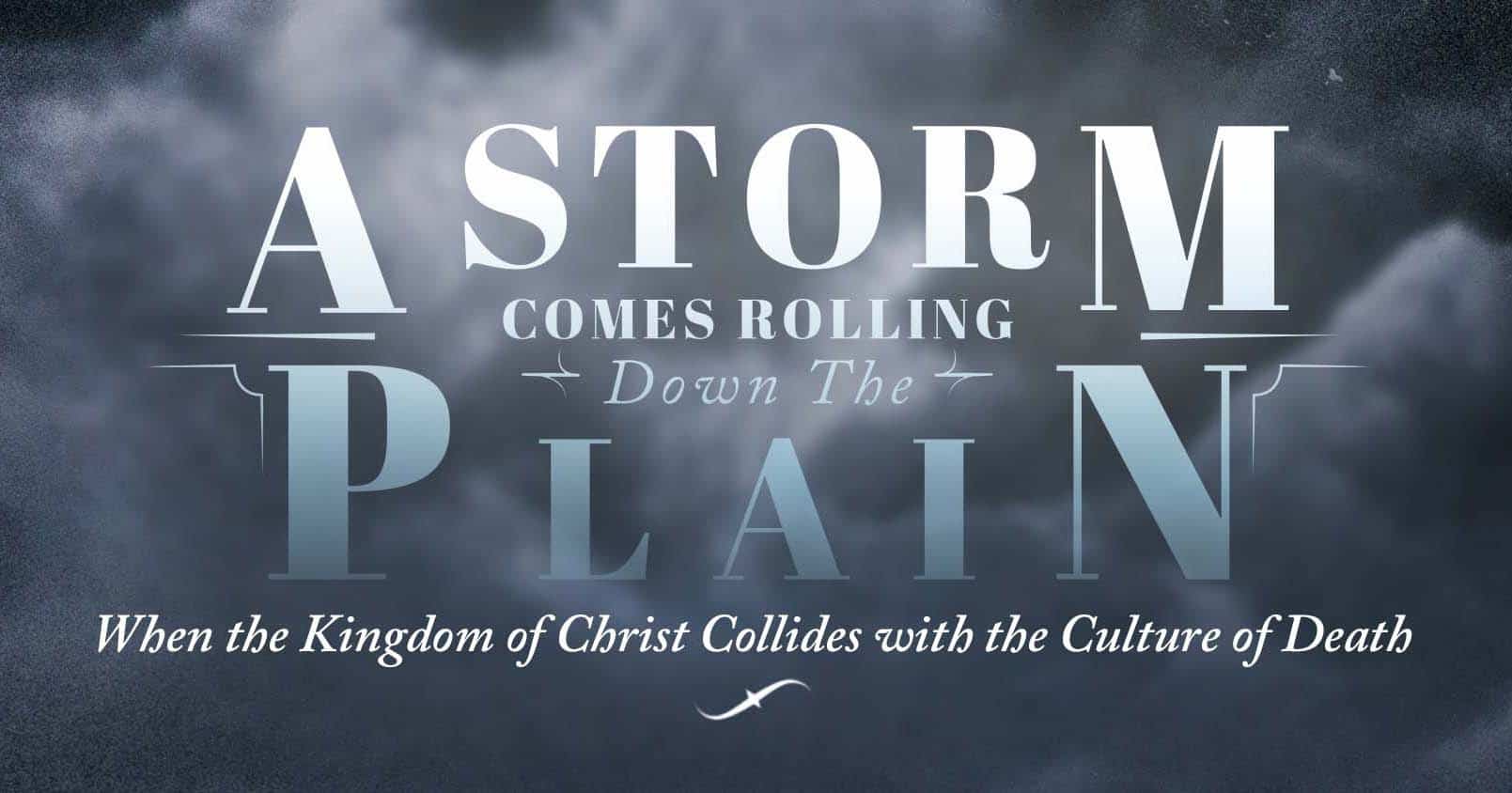 It is happening! The thunder of Abolitionism is rumbling across the land. And serious, Bible believing Christians need to take notice.

This past week, my wife and I watched A Storm Comes Rolling Down the Plain. It is an eye-opening movie, just recently released, which documents the history of the reignition and rise of today’s Abolition Movement. It recounts how Christians and churches over the past ten years have been stirred to forsake compromised and unscriptural pro-life stances and strategies, to instead build an ideology on Scripture, and then Biblically engage for lives and souls in the midst of a culture that practices child sacrifice under color of law. The living and true Lord of heaven and earth is glorified in how He has brought, and is bringing, His people into alignment with Scripture—not simply to an earnest and proper opinion, but to actual zealous obedience to His word in relation to the socially celebrated slaughter of son and daughter. There is a rich breadth of testimony and commentary in the movie, and it shows a spectrum of engagement from footage outside abortion mills to houses of worship and legislatures, from living rooms to street engagement and massive rallies.

Hundreds of thousands of sincere Christians who have followed the Pro-Life Movement will see this film and be confronted with things that they never considered before.

For instance, the film expertly shows that pro-life legislation is not consistent with what most pro-lifers say they believe. As attorney Bradley Pierce of Abolish Abortion Texas puts it, “The Pro-Life Movement has said for the last forty-eight years, that the fetus is a person, right? That before they are born, they are equally valuable to babies after they are born. Unfortunately, though, although that is the right thing to say, the bills that the pro-life lobby has been introducing and pushing and calling on all of the grassroots to support don’t actually do that. They don’t actually treat a person before they are born as equally as valuable as a person after they are born.” Moreover, it gracefully weaves in the five tenets of Abolitionism which make up the perspective and practice of abortion abolitionists, laying them out and showing how they contrast with the perspective, platitudes, and policies of the Pro-Life Movement at large.

What is Abolitionism? According to the movie, it is the doctrine that answers the question: ‘How does the Bride of Christ address and combat great evil in our society?’”  In the film, Pastor Dusty Deevers puts the five tenets of Abolitionism into an acrostic, saying “Abolitionists have their G.A.T.E.S.” Each tenet is explained and expounded upon one-by-one in a powerful and memorable way.

Having been an abolitionist for some years and watching the events depicted in this documentary unfold, I had looked forward to seeing how the movie would showcase this historical movement. Knowing many of the people involved in the production of the film, I was certain that not only would it be a truthful telling of how the Spirit-led storm of abolition, with a voice as strong as thunder, came rolling across the plains, but that it would also be an effectual clarion call—a sounding of the Christ-honoring declaration to obey our Redeemer King—brought with clarity, courage, compassion, and clout to the souls of multitudes of Bible believing Christians who will view it.

But when my wife and I sat down and watched the film in its entirety, I was smitten afresh and blown away by the message and delivery of A Storm Comes Rolling Down the Plain. Tears kept springing to my eyes again and again as I heard piercing truths, spoken in love and humility, by brothers and sisters in Christ. To watch as fellow Christians, including pastors, share how God brought them to repentance, whether it be over an abortion in their past, or apathetic inaction, or clinging to pro-lifeism and fighting against the Biblical response to the abortion Holocaust. I understand the sweet pain of conviction and the release of that, having had to repent myself. So long we have prayed for the Lord of the harvest to send more of His people as laborers into this harvest field, mission field, and battlefield. So long we have prayed to see mothers and fathers, parents and children, individuals and families, pastors and congregations applying the commandment to “Love thy neighbor as thyself” to the preborn and then live that out. My heart is greatly encouraged. It is as if I hear the rumble of marching feet, as reinforcements arrive in the name of the King!

I urge each of my brothers and sisters in Christ to take time to watch this film and ponder the message in light of the Bible. Listen to the testimonies. Weigh out the tenets. If this is according to the Scriptures, then embrace it and take action, and pass on this film far and wide!

Abortion must be ABOLISHED.