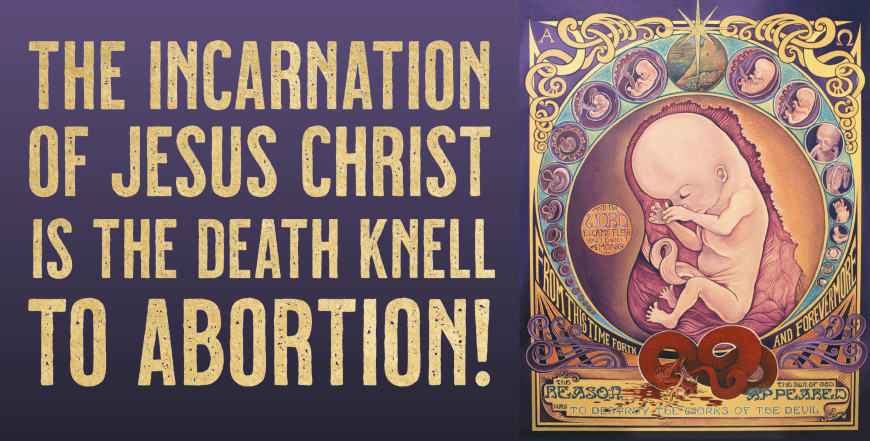 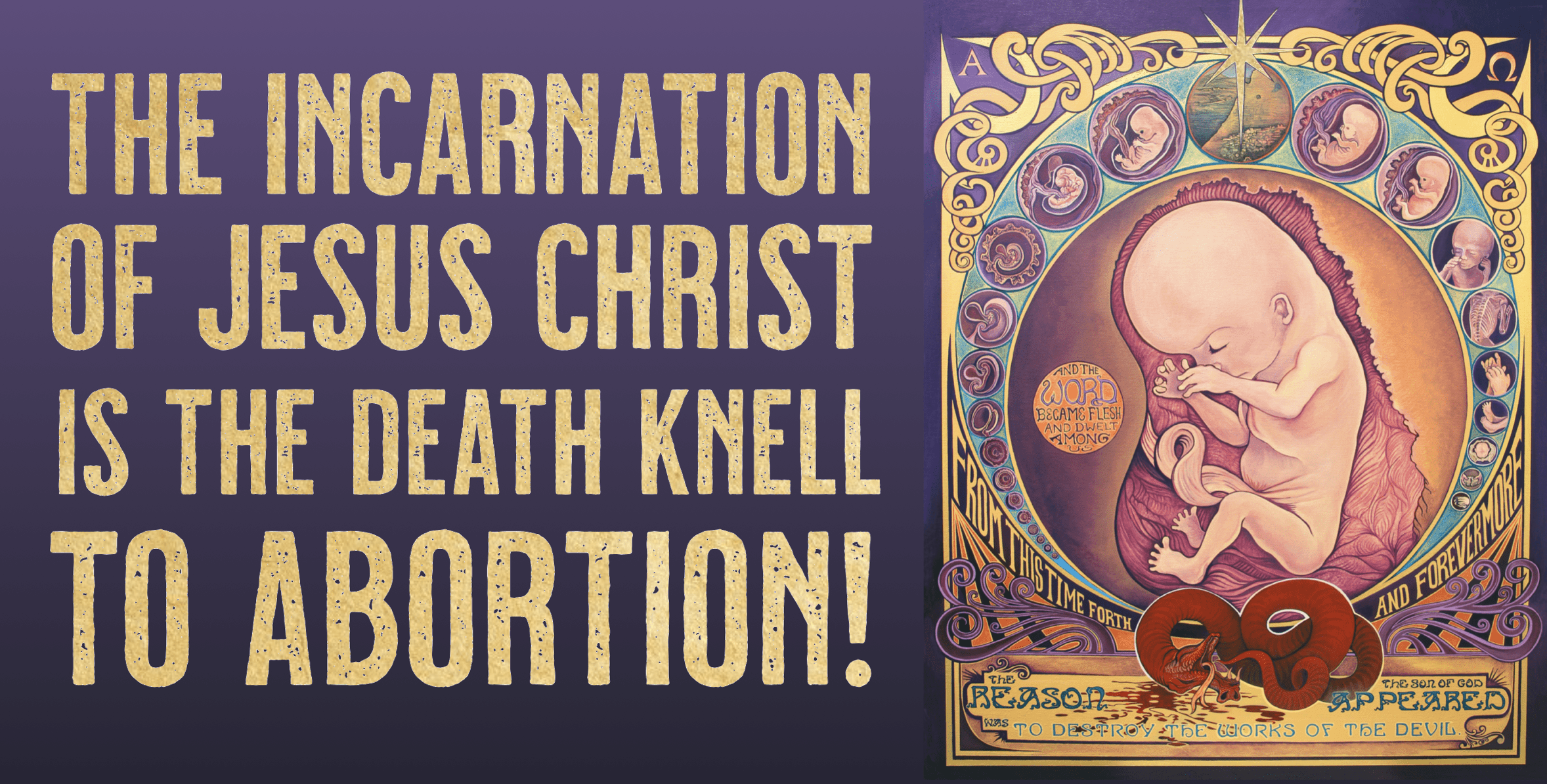 It is important to remember that the Incarnation occurred not at Christ’s birth, but at His conception in Mary’s womb.

Important, because the incarnation of Jesus at the moment of His conception is the death knell of abortion.

For it was as a zygote that Christ entered the world, becoming a human being AT CONCEPTION.

One moment He was at the right hand of God the Father as the Second Person of the Trinity; the next He was in the womb of the Virgin as the God-Man in embryonic form.

If He thus dignified humanity at this earliest possible stage of human development, so must every God-fearing person – BY ABOLISHING ABORTION, not by merely restricting it or regulating it.

For to merely restrict or regulate abortion is to say (by mere force of inescapable effect, regardless of intent) that SOME preborn humans may legally be put to death. It is to negate the sanctity of ALL human life by permitting the taking of SOME human life. It is to say that it would have been acceptable – lamentable, surely, but technically legal nonetheless – for Jesus to have been aborted under certain circumstances; for example, before He had a detectable heartbeat.

Laws that merely restrict or regulate abortion are “iniquitous decrees” (Isa 10:1-2). For if it would have been immoral to have laws permitting the abortion of JESUS before HE had a heartbeat (or under any other circumstance), it is upon the same principle immoral for us to have laws permitting the abortion of ANYONE. Such laws should be immediately replaced with laws that totally abolish abortion FROM CONCEPTION. To fail to do this (as we have failed to do ever since Roe v Wade almost 50 years ago) is to effectively repudiate Christ’s incarnation.

Christ’s incarnation is the death knell of abortion because it is the clarion call of abolition. But unborn children will continue to be slaughtered by the multitudes if we don’t listen to the knell and heed the call to quit regulating abortion and instead immediately abolish it state by state.