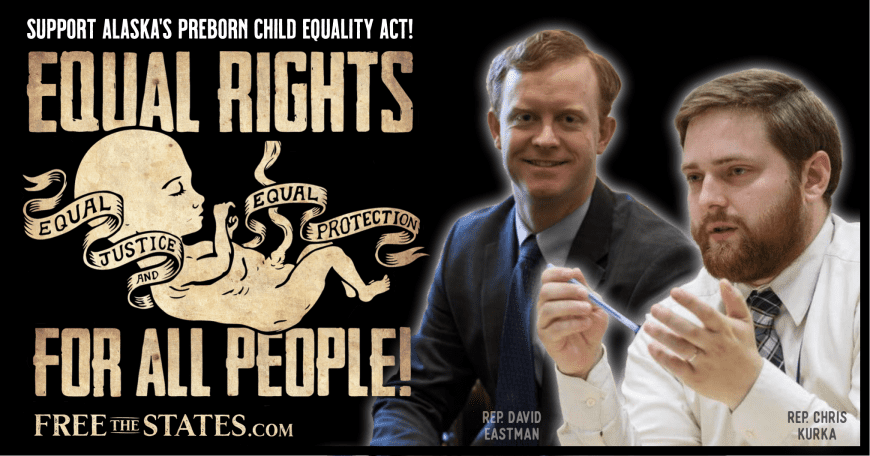 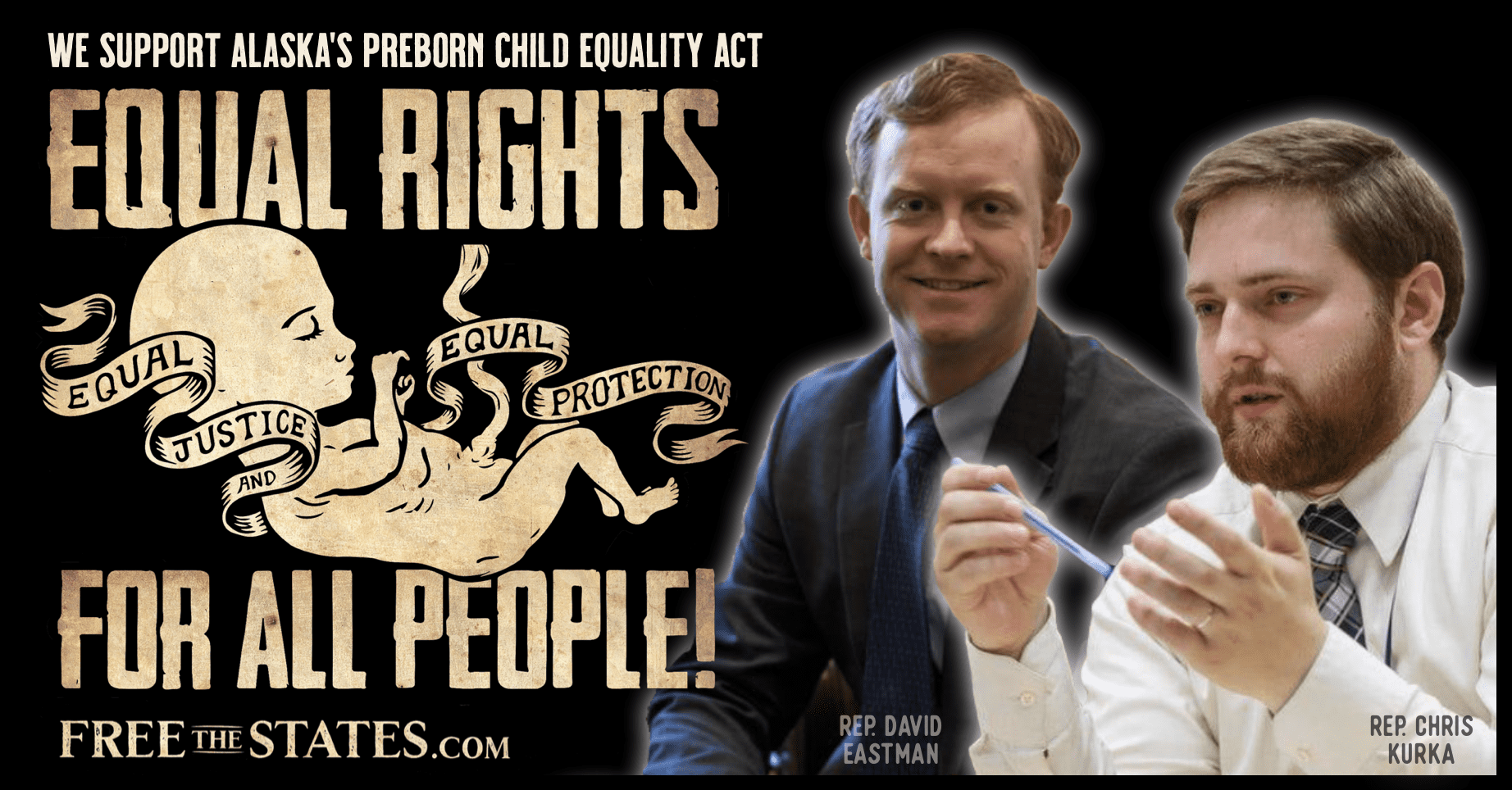 The Preborn Child Equality Act of 2021 is set to be filed by Alaska State Rep. Christopher Kurka in the coming days. The bill would totally and immediately abolish abortion in Alaska. State Rep. David Eastman, who has authored abolition bills in the past, will be a cosponsor.

Kurka’s bill defines a “natural person” as “a human being, regardless of age, race, religion, size, sex, citizenship, parentage, ancestry, disability, deformity, location, stage of development, life expectancy, or condition of dependency from the moment of conception.” It also establishes that “A preborn child is a resident of the state if the mother of the preborn child is a resident of the state under this section.” This means that preborn children will be provided the equal protection of the laws in Alaska, including the laws against murder.

Alaska is one of a number of states where the State Supreme Court has legislated on abortion. Just as was done federally in Roe v. Wade, the Alaska Supreme Court wrote a right to abortion into the State Constitution by arguing that murdering a preborn child is a protected right within the State Constitution’s right to privacy. In response, Kurka’s bill amends State statutes to read, “Notwithstanding any other provision of law, intentionally causing the death of a natural person before, during, or after birth is not protected by a right to privacy under art. I, sec. 22, Constitution of the State of Alaska. This section is not subject to judicial review.”

Some object to the idea that the legislature may declare certain topics off limits for the judiciary, but article IV, section 1 of the Alaska Constitution states that “The jurisdiction of courts shall be prescribed by law.” As Kurka’s bill states in its legislative findings, Article IV provides Alaska lawmakers “a further check on any court that should attempt to arrogate power to itself through judicial edict.” The Alaska Supreme Court unlawfully gave itself the power to legislate on abortion. Kurka’s bill places the power of legislation back in the hands of the legislature where it belongs.

Of course, the tyrannical, genocidal federal courts must be dealt with as well. Alaska Statute 44.99.040 already makes any federal law, regulation, or executive order null and void if it violates the Constitutional rights to due process and to keep and bear arms. Kurka’s bill adds federal court orders to the list of federal actions which may be defied, and adds the “right to life under the Fifth and Fourteenth Amendments to the Constitution of the United States” to the list of rights which Alaska will defy the federal government to protect.

Free the States thanks Representatives Kurka and Eastman for their bold stand. Be in prayer for them and for the Preborn Child Equality of Act of 2021. For updates about it and abolition bills in other states, stay tuned to the Free the States blog and Facebook page.