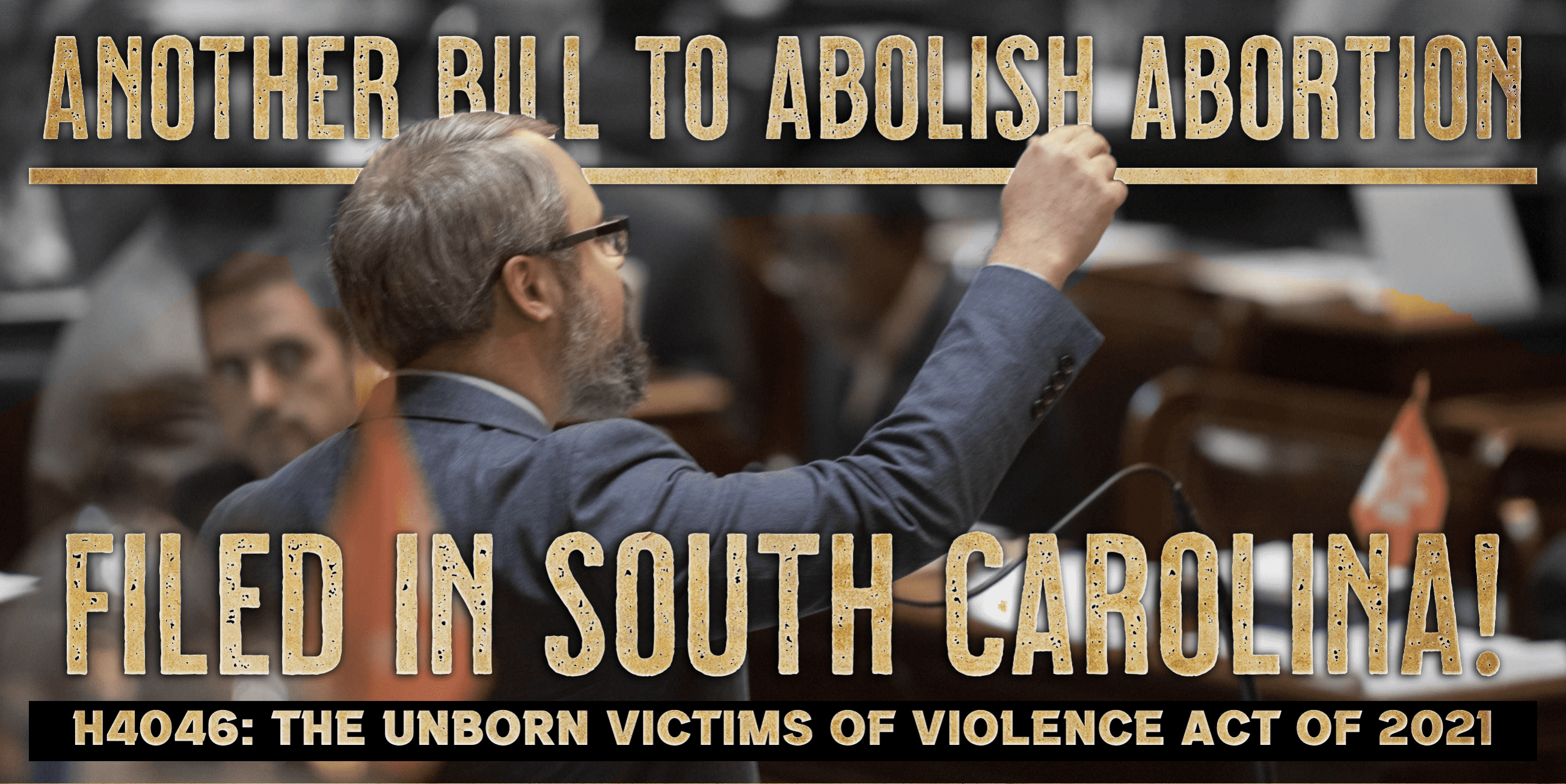 The bill states that it is based on the following findings:

(1)    The life of an individual human being begins at conception.

(2)    The State of South Carolina has a compelling interest in providing equal protection of the lives of all unborn children within the State from violence.

(4)    The members of the General Assembly have solemnly sworn to the best of their abilities to “discharge the duties of our office and preserve, protect, and defend the Constitution of this State and of the United States. So help us God.”

(8)    Nothing in the Constitution of the United States provides for any right to take the life of or to inflict harm upon an unborn child.

(9)    The concept of the federal judiciary compelling states to allow the practice of taking the life of unborn children runs completely contrary to the text and principles of the Constitution of the United States.

(10)    Taking the life of more than sixty-two million unborn children over the last forty-eight years and counting constitutes genocide, and authorizing genocide is not within the legitimate powers of the federal judiciary.

(11)    Any action of the federal judiciary that purports to provide a right to kill an unborn child is not made in pursuance of the Constitution of the United States, is not the supreme law of the land, and is not binding upon this State.

H4046 establishes that “The deliberate termination of an unborn child by any means or at any stage of development is murder under Section 16-3-10.” Abortion would be homicide and the protection afforded to our right to life would be extended equally to children in the womb.

Hill’s bill comes with a few new twists for those who have followed and read previous abolition bills.

Like all abolition bills, it states that the abolition of abortion shall be enforced in defiance of any federal violations of the right to life, but then goes further than that in two awesome ways. It establishes that:

The bill has been assigned to the South Carolina House Judiciary Committee chaired by State Rep. Chris Murphy. Call Murphy at (803) 734-3120 to request a hearing and a ‘Yes’ vote for H4046.

Make sure to like Free the States on Facebook and sign up for our email list to make sure you don’t miss updates about H4046 and the bills to abolish abortion in other states!