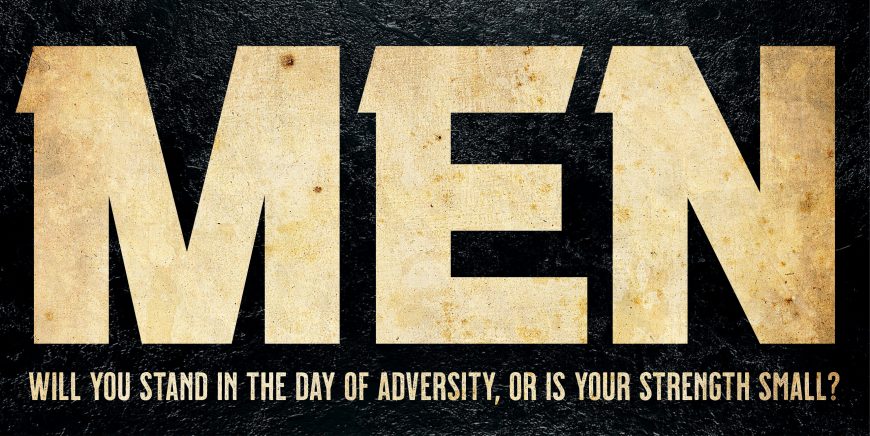 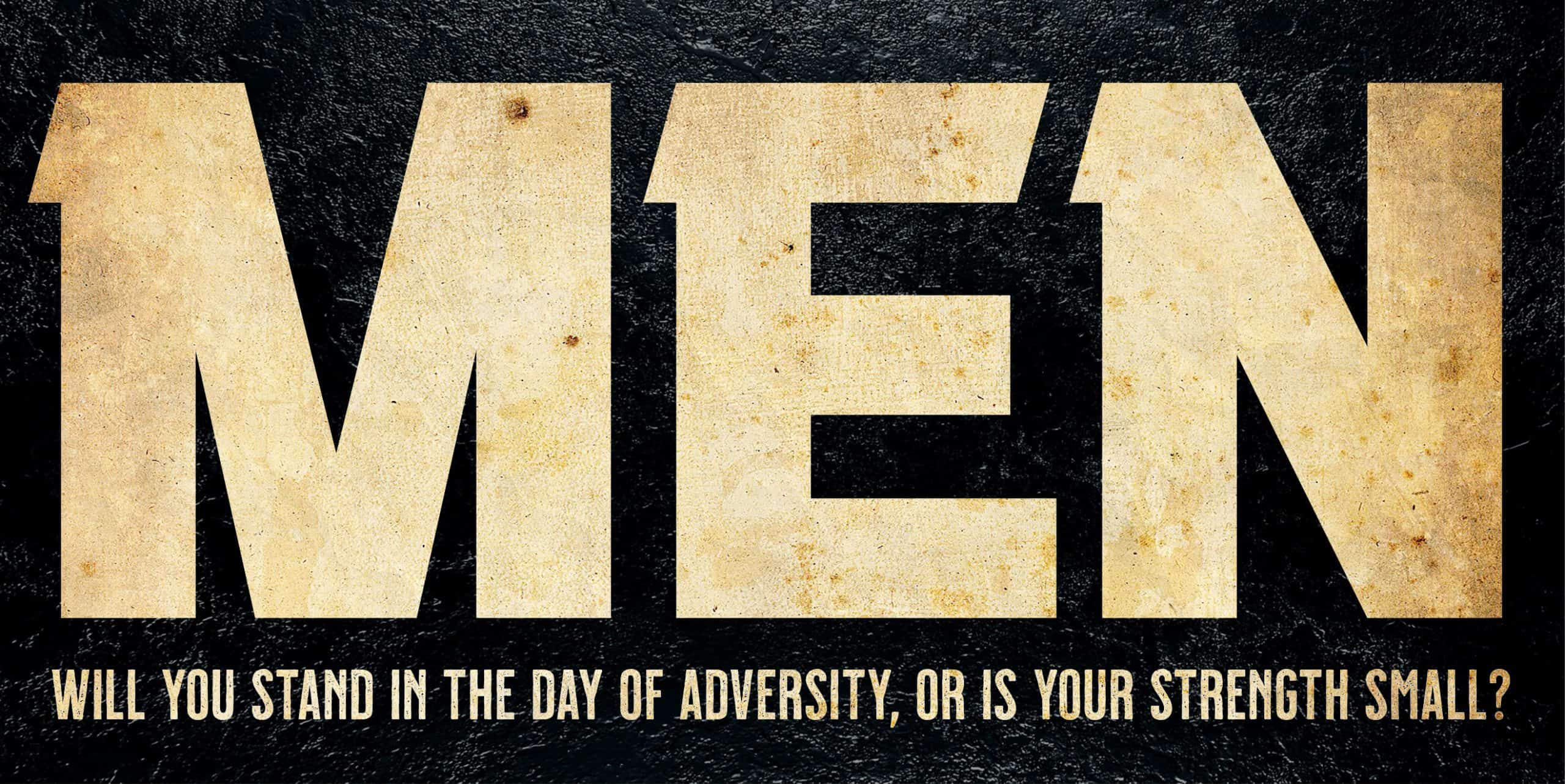 Hey men, how many babies were murdered in your state today?

Men, twenty babies were murdered today in Oklahoma by abortion, and those are just the ones that are counted. How many were murdered in your state?

You must answer two questions:

Hey men, do you give approval to murder?

Toward the end of Romans 1, when Paul is describing unrighteousness that is characteristic of idolators who are under “the wrath of God” and who have therefore been “given up to a debased mind,” he says they not only “murder” but they “give approval to those that do such things.”

For far too long, many have followed the pro-life leaders in supporting legislation that has given approval to those who murder children inside what should be the safest place in this entire world — their mother’s womb. All pro-life legislation falls short of abolishing abortion, and in the end, simply tells people when, where, and how they are allowed to dismember, decapitate, poison, or starve their baby to death.

This includes Heartbeat Bills, which simply tells people to commit murder before the abortionist detects a heartbeat; which violates the Biblical commands for impartiality in the courts and the rescue of those being led to slaughter; which violates the Constitutional mandates of equal protection and the right to life; which submit to the federal judiciary and thereby will never go into effect. I once supported Heartbeat Bills due to my willful ignorance. I was wrong. I compromised. I thought “this is as good as we can get.” This is not how courageous men act. Courageous men investigate the truth and stand boldly for what is righteous. I had to repent. Will you repent from any apathy or compromise with me?

Men, it is time for you to demand the government to do what God has ordained it to do — namely, to protect life by opposing evil and rewarding good (Romans 13:1-4). It is time for abortion — the intentional killing of a human being — to be abolished (Psalm 82:2-4)! It must be illegal to murder a human being, period (Leviticus 20:1-5). The same homicide laws that protect you outside of the womb must protect those inside (Exodus 22:21-24).

Hey men, will you stand in the day of adversity or is your strength small?

Proverbs 24:10-11 says, “If you faint in the day of adversity, your strength is small. Rescue those who are being taken away to death; hold back those who are stumbling to the slaughter.”

In the fourth century, a Bishop from Alexandria defended the doctrines of the divinity of Christ and of the Trinity against Arianism. He often stood alone, so much so that we now remember him with the phrase, “Athanasius contra mundum.” That is, “Athanasius against the world.”

500 years ago, a monk stood in Worms, Germany and defied an empire in order to defend the authority and sufficiency of the Word of God, and later to defend the precious doctrine of Justification by faith alone. He stood alone, declaring “My conscience is held captive to the Word of God. Here I stand, I can do no other. God help me.”

If these men stood alone to defend the precious doctrines of Christ and His Word, then what kind of cowards would we be if we, in this day, did not stand together to defend the lives of precious children as they are led to the slaughter by the millions? The answer is: we would be the worst kind of cowards. Proverbs 24:10 would be true of us—we would faint because our strength is small. Another way to put it is like this: we would be cowardly boys rather than courageous men.

I ask again. Men, will you act like a cowardly boy in the midst of this abortion holocaust or will you will act like a courageous man to love your preborn neighbors?

Will you stand for your preborn neighbors not only politically but also outside of abortion mills, preaching the gospel and offering spiritual and material help? Will you stand against the world if you have to because you are more concerned with pleasing God than man (Galatians 1:10)? You and I must. 20 babies were murdered in Oklahoma today and 20 babies will be murdered here every day for the foreseeable future unless you and I actually obey Jesus and “act like men” (1 Corinthians 16:13).

Oh God, give us courageous men!

Hey men, would you be equipped to stand firm?

Take advantage of these resources which will help you stand firm like a man.

Please visit www.RescueThose.com to learn about the various ways to stand firm during this abortion holocaust.

Please read the various articles at www.FreeTheStates.org to be equipped concerning the difference between pro-life and abolition and everything that goes with it.

Please visit www.Liberty-Rising.org to get in touch with people who can help equip you and your church engage your public officials. 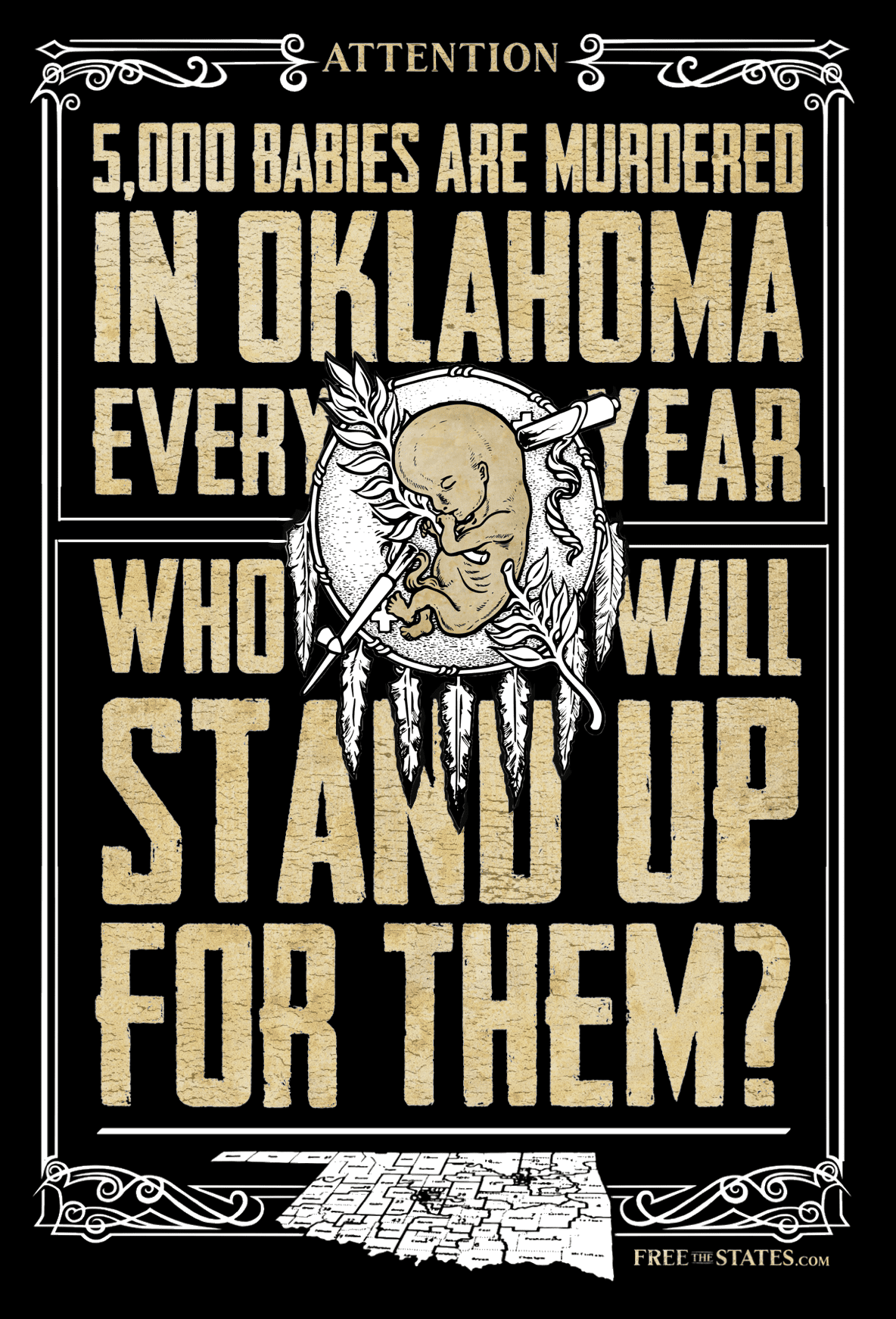