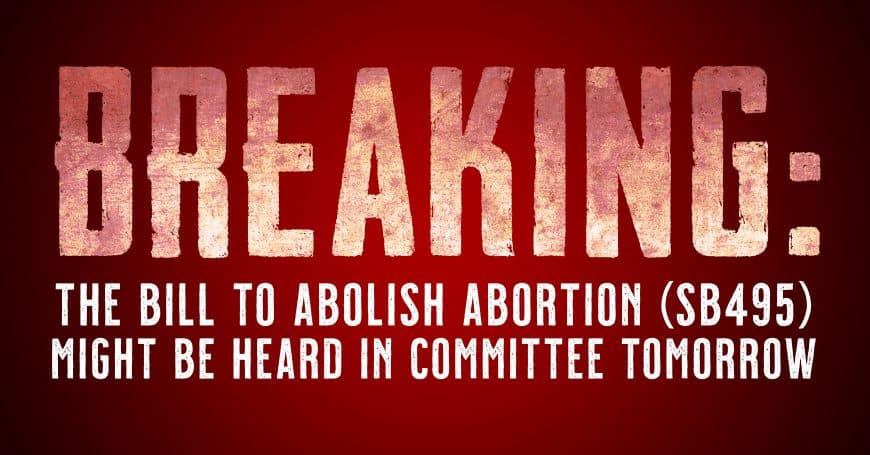 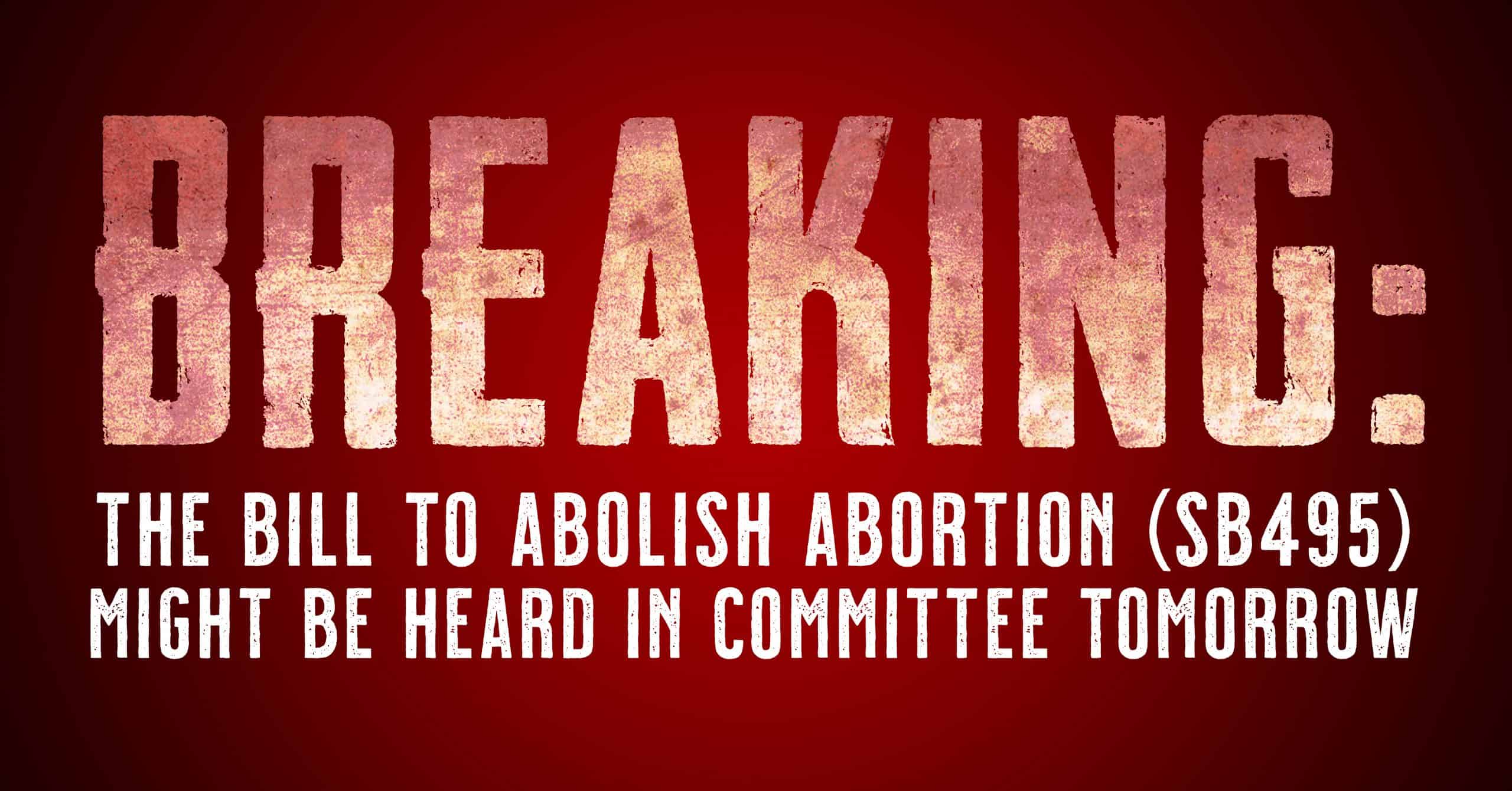 SB495 is on the agenda for the Senate Health and Human Services Committee meeting on Wednesday, February 3rd. We are praying and working for the best, but the motivation for the Senate to hear SB495 this early likely is not a good one. It is not common practice to hold committee hearings this early in the session. The objective here is to kill SB495 on day 3 of the session before we have much of a chance to lobby and rally for the bill.

The committee makeup is not favorable. Warren Hamilton, the author of the bill, is not on the committee, nor are Nathan Dahm, Chris Kidd, or Roland Pederson who voted in favor of placing SB13 on general order last year. The committee has 11 members. Nine of them voted to kill SB13 last year. Freshman Senator Jo Anna Dossett is a pro-child murder Democrat, so she will vote against it. Freshman Senator Jessica Garvin has never gone on record for or against abolishing abortion like the other members of the committee, but our communication with her thus far has not been promising. Senate Pro Tem Greg Treat and Floor Leader Kim David are voting members of every committee, so they also are able to vote against SB495. The likely outcome if the vote takes place tomorrow is a 10-3, 11-2, 12-1, or 13-0 vote to keep child murder legal in Oklahoma, and that’s exactly what leadership wants to happen on day 3 of the session.

What makes this even worse is the fact that SB495 would be dead for two years, as the Oklahoma legislature operates in two-year cycles. This is the first year, and new legislation cannot be introduced between the first and second year of the cycle if the same language has already been voted down in the form of another bill.

Accordingly, Senator Hamilton is exploring options to buy some time. This would allow him to whip support for the bill among his colleagues. It would give us and the people of Oklahoma more time to meet with Senators to add coauthors to the bill. It would give Senators time to hear from the Abolition Day Rally attendees on February 9th while the bill to abolish abortion is still alive. So the bill may or may not be heard tomorrow. Regardless of whether it is heard, we will be meeting outside the committee hearing room (room 535) at 9 a.m. to make our presence felt.

We will gather outside the hearing room to line the halls as the Senators walk in and then head inside to watch and listen as the hearing takes place. It is EXTREMELY important that Oklahomans email all members of the committee asking them to vote in favor of the bill in case the bill is heard tomorrow.