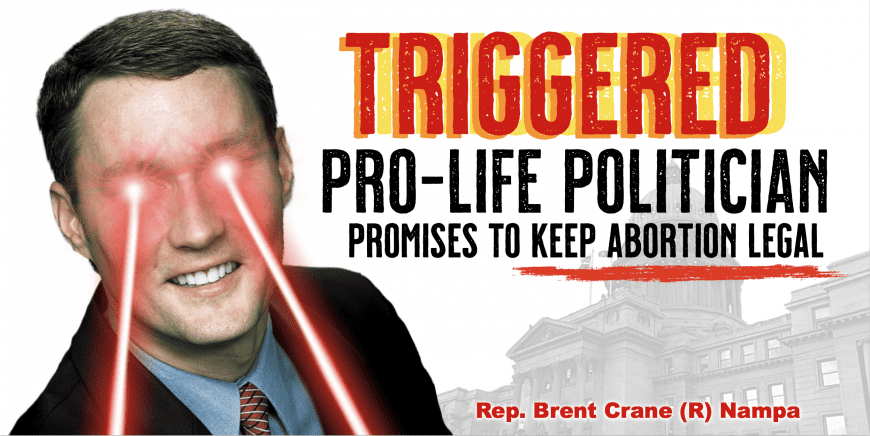 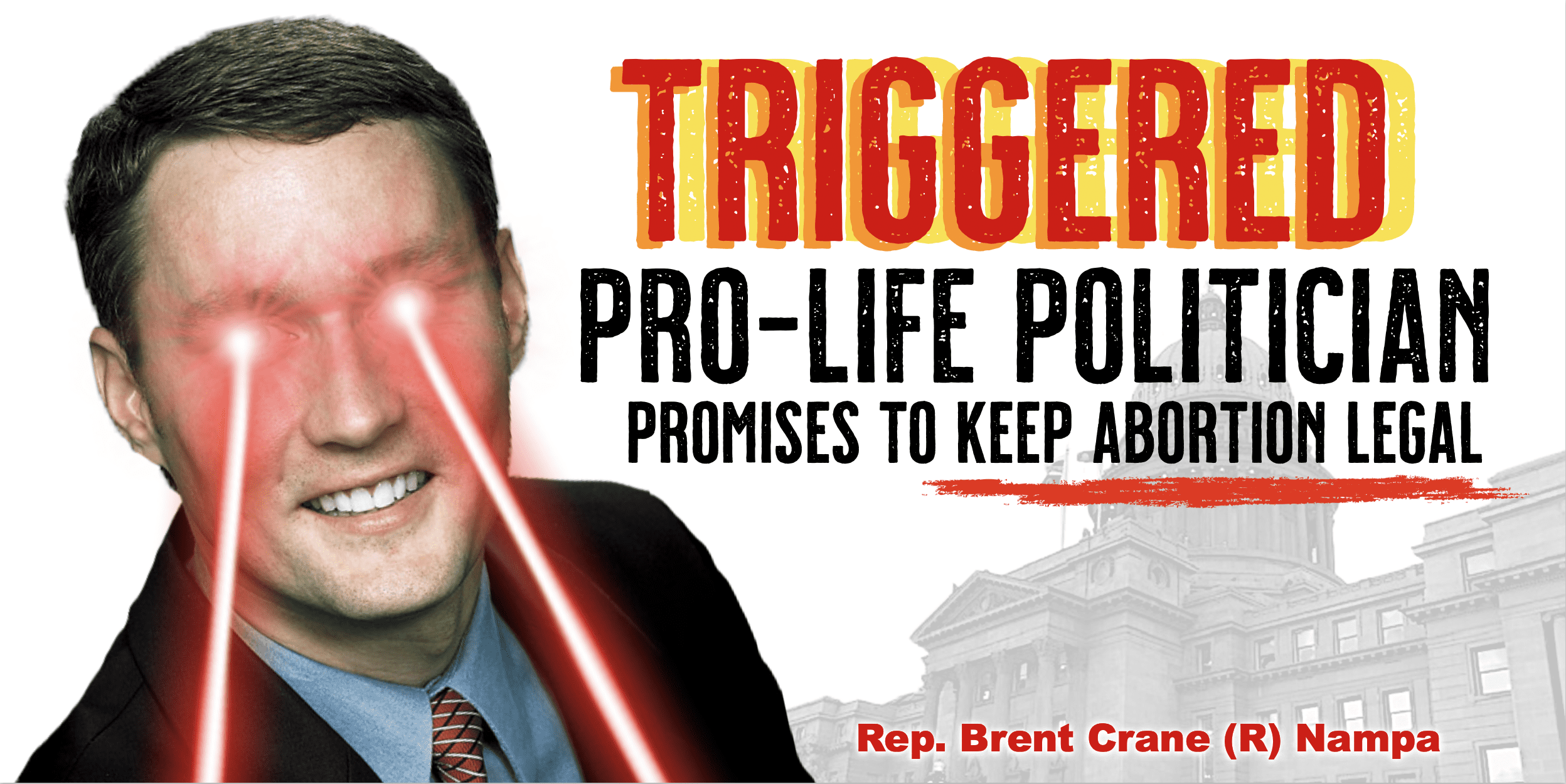 In a stunning video posted to Facebook on Tuesday, Idaho activists Scott and Arlene Herndon recount to viewers the events of a meeting with Idaho State Representative Brent Crane which ended with Crane promising to keep abortion legal in Idaho another year, shouting insults at the Herndons, and calling security on them and their 10-year-old daughter, Esther.

Scott begins the video by explaining that he and his family were at the Capitol for a series of meetings with legislators about abortion. The Herndons were asking officials to support the bill to abolish abortion (the Abortion Human Rights Act) in Idaho and not to support an incremental pro-life bill which would do more harm than good.

At the 7:38 mark, Herndon begins recounting the events of the meeting. It began with Crane explaining that he did not support legislation which provides equal protection for preborn children. Crane, like many pro-life politicians, believes that mothers should be allowed to murder children with impunity and that it should only be illegal for doctors to murder children.

Herndon responded, explaining in “two minutes max” the abolitionist position that abortion must be made a criminal act. Crane then restated his belief that the mothers should not face any legal repercussions for murdering their children, at which point Arlene asked him, “Why not?”

At this point, Crane began to “devolve in his attitude,” calling Scott and Arlene prideful and arrogant. A few minutes later, without any warning, Crane called security on Scott, Arlene, and Esther. “At which point, I immediately got up,” Arlene said. “My initial reaction was ‘I don’t want to be put in a situation where suddenly Scott is made to look like he was overstaying his welcome and needed to be physically removed, because of course we’re willing to leave. So I went out to his secretary and say ‘you don’t really need to call security. We were invited here. We drove all the way down here for a meeting that Brent Crane invited us to. We’re very willing to leave. You don’t really need to call. I have my daughter here. We don’t need to scare her with men with weapons and badges and things.'”

Scott continued, explaining that “I told him right away, I’ll leave. If you ask me to leave, I’ll leave. But he continued to talk to me. This is the thing. He actually clearly wanted to continue to have the conversation with me. So I stayed. I was very calm and I did not say anything bad to him. I said ‘The only reason I’m talking to legislators about H17 is to compare and contrast it to what I believe is the wrong approach to murdering children versus other approaches like the Abortion Human Rights Act which outlaws all abortion as murder. So he continued to talk to me, but this is when he said  ‘I’m livid, and as long as I’m chairman of this committee, your bill will never be heard. And if you go about what you’re doing [opposing pro-life bills], I will never hear your bill. Period.”

Crane calling security while continuing to speak with Scott shows that he knows there was no actual need for security. He simply wanted men with guns present to physically intimidate the Herndon family.

“I immediately came out when Idaho State Patrol was called in and all these officers came into the office,” Arlene said. “You could hear Brent Crane still engaging my husband. And I talked [the officers] down. I told them the situation and that we were willing to leave. And I’m out of the office. After that, Brent Crane chases me, he came out to engage me and yell at me. I was not even in his office, I had already retreated.”

The deranged behavior of Brent Crane is indicative of a man who likely is either:

The Herndons say that they did not enter the meeting with any recorders on, but given the extremely tense situation, did turn on a recorder once state patrol was called. That recording will be published next week. “We’ll pray about it and we’ll share the relevant parts of it and make sure that it’s got the proper context to it so that you understand what we’re up against,” Herndon said.

Brent Crane is a pro-life Republican who authors pro-life legislation, attends the Idaho March for Life, and won Idaho Chooses Life’s “Friend of Life” award in 2012. Crane was endorsed by Idaho’s leading socially conservative organization ahead of last year’s elections. He received a 100 percent rating with the NRA and an 88 percent rating from the American Conservative Union in 2020. He is a huge Trump supporter and believes the election was a fraud. He opposes the Covid lockdowns. He is no “RINO.” He is a standard conservative Republican legislator.

That may be a shock for some who are new to the Abolitionist Movement, but this desire to keep abortion legal and intense hatred for abolitionists is not uncommon among pro-life politicians and lobbyists, even very pro-life and very conservative ones.

We will report on this situation once again when the Herndons release the recording, so keep an eye on our blog and make sure to like both Abortion Human Rights Act Idaho and the Free the States Facebook pages if you haven’t already.

If you live in Idaho, make sure to sign the petition to support Idaho’s abolition bill and receive updates from Abolish Abortion Idaho, an organization run by the Herndons. If you don’t live in Idaho, send this article to someone who does.

Watch the incredible full video below.