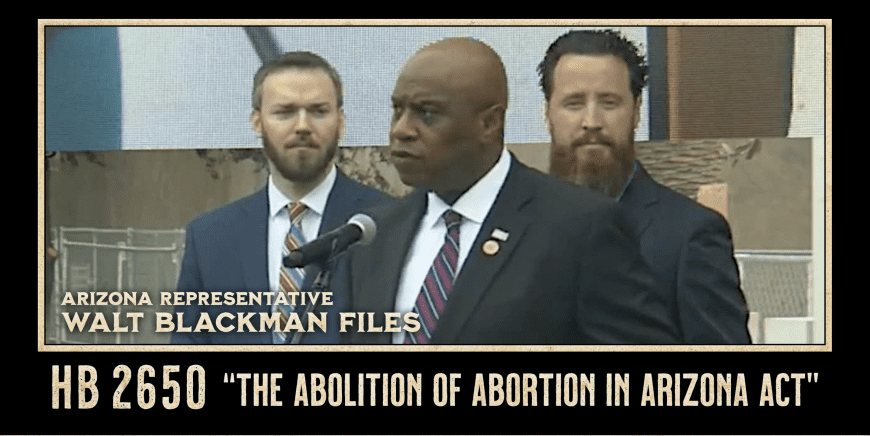 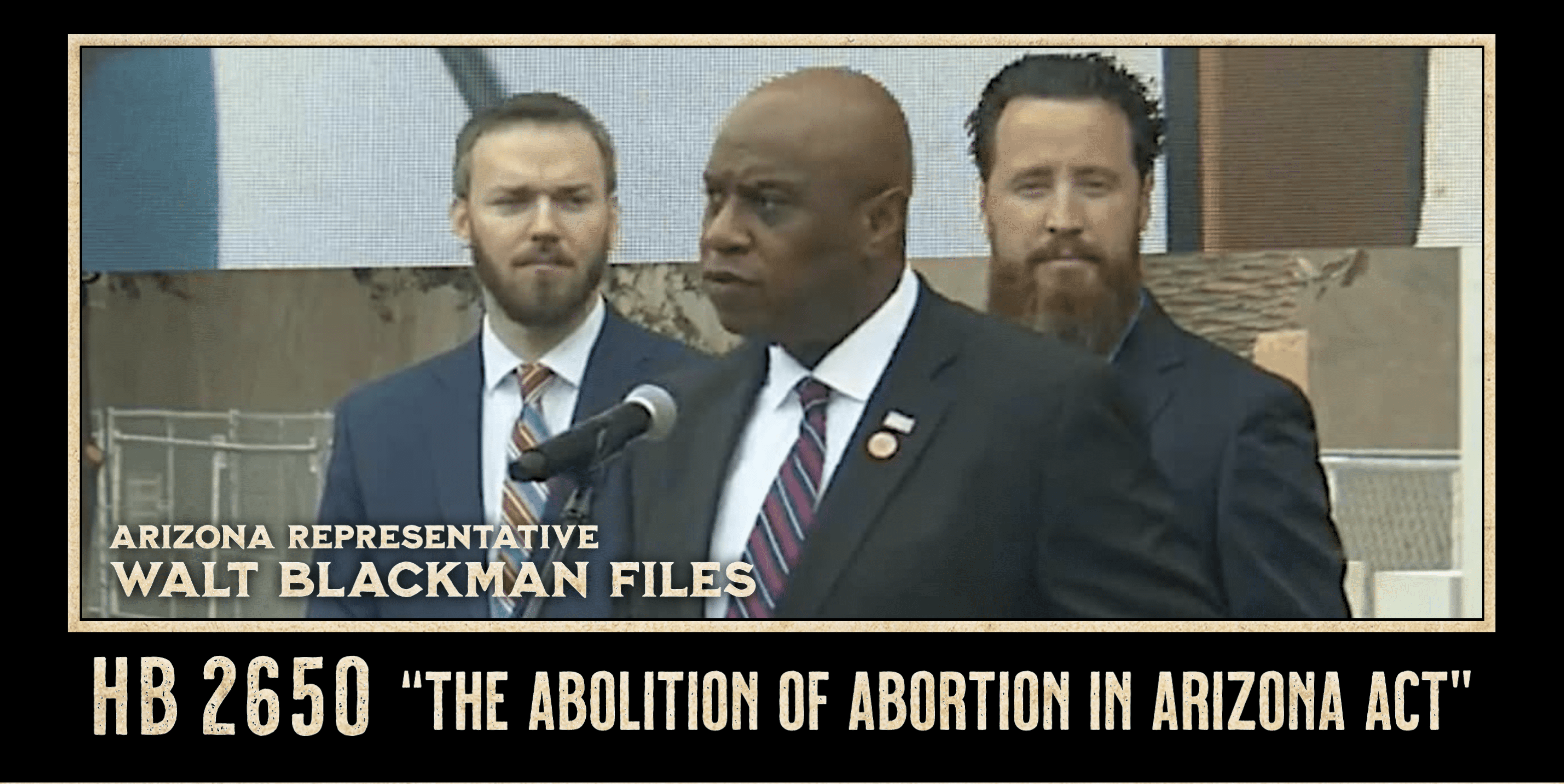 On Friday, Arizona State Rep. Walt Blackman and our friends at End Abortion Now held a press conference to present The Abolition of Abortion in Arizona Act (HB2650), and a subsequent rally in support of the bill. HB2650 establishes that a “Person includes a child in the womb at any state of development” and would totally and immediately abolish abortion in the state in defiance of the supreme court.

Section 21 of the bill provides the purpose clause:

The Legislature intends to:

HB2650 strikes from the Arizona code language repeated in four different sections which gave the license to commit murder to abortionists and mothers.

The Abolition of Abortion in Arizona Act also establishes that “The county attorney shall enforce title 13, chapter 11 in relation to homicide by abortion regardless of any contrary or conflicting federal laws, regulations, treaties, court decisions or executive orders.”

It is estimated that 1200-1500 supporters were in attendance for the press conference and rally. The press conference, which began at 11 a.m., featured a Q&A with Blackman, and speeches from Pastor Jeff Durbin and Dennis Sarfate.

The bill now awaits a committee assignment, with the House Judiciary and Health and Human Services committees being the most likely assignments. There is an outside chance of an assignment to the House Criminal Justice Committee of which Blackman is the chairman.

Make sure you’re following Free the States and End Abortion Now for updates!