Hamilton and his wife Sherrie have been active in the Abolitionist Movement since 2018. He is someone the movement can trust to author a bill of total and immediate abolition and fight valiantly for its passage.

Hamilton’s victory comes on the heels of his victory over incumbent Senator Larry Boggs in a hotly contested Republican primary. Boggs did not support the abolition of abortion, and whether abortion should be immediately abolished was the defining debate of the race. After being defeated, Boggs threw his support to Donathan, the pro-abortion Democrat.

Holly Gerard, a prominent Republican politico who has opposed the immediate abolition of abortion, threw her weight behind Boggs in the primary. She told Hamilton campaign volunteer Kyle Brown that she supported Boggs because he was the only Republican who could win the general election. Gerard’s understanding of Oklahoma politics was proven embarrassingly wrong by Hamilton’s victory as he outperformed Boggs’ 2016 general election totals by more than 16 points. Boggs only garnered 55.75 percent of the vote against the Democrat last cycle.

Hamilton’s election to the Oklahoma State Senate is a massive victory for the Abolitionist Movement and a massive defeat for anti-abolitionist Democrats and Republicans in Oklahoma. There will be a bill to abolish abortion in Oklahoma next year and we are gearing up to rally the people of Oklahoma to support it. 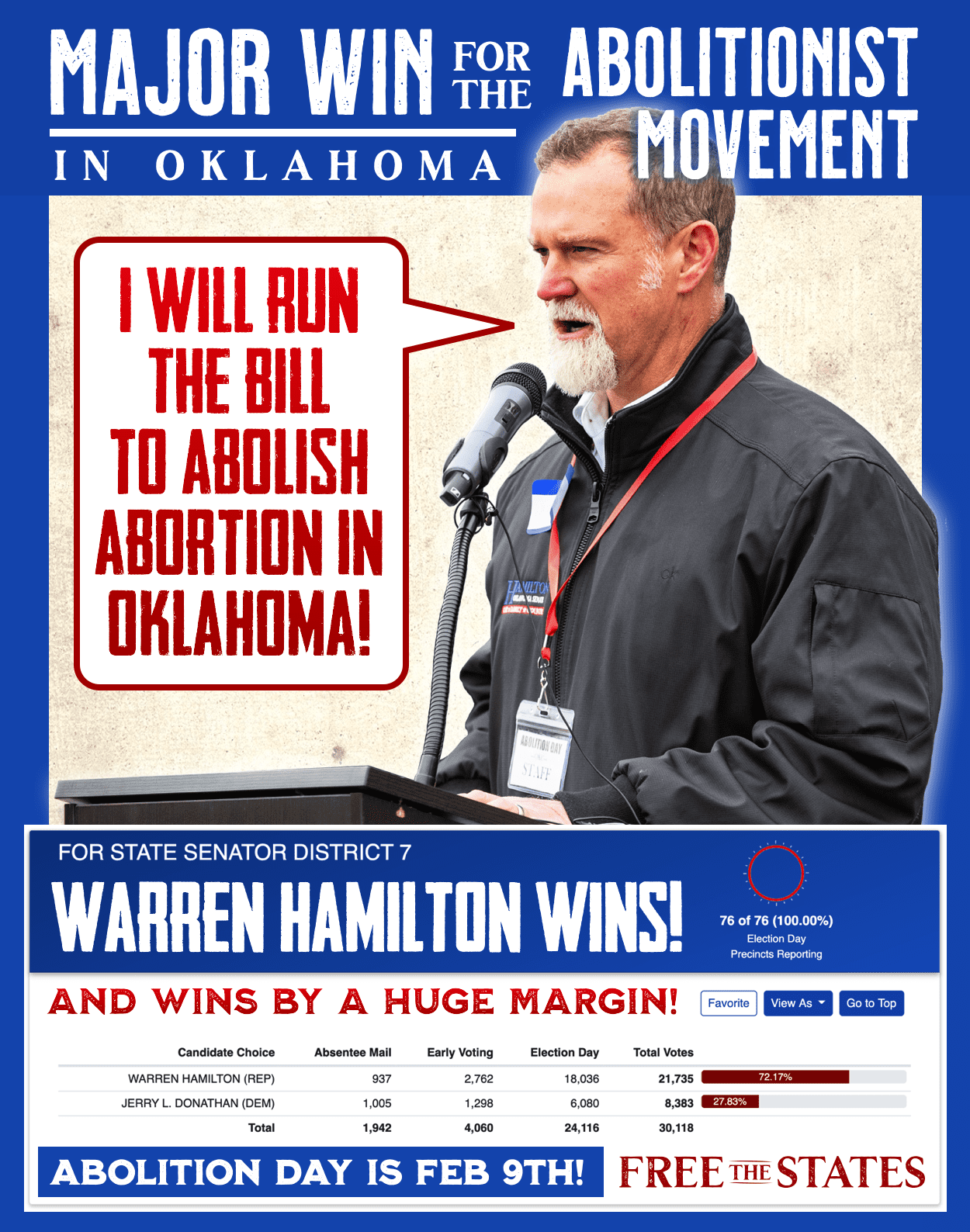