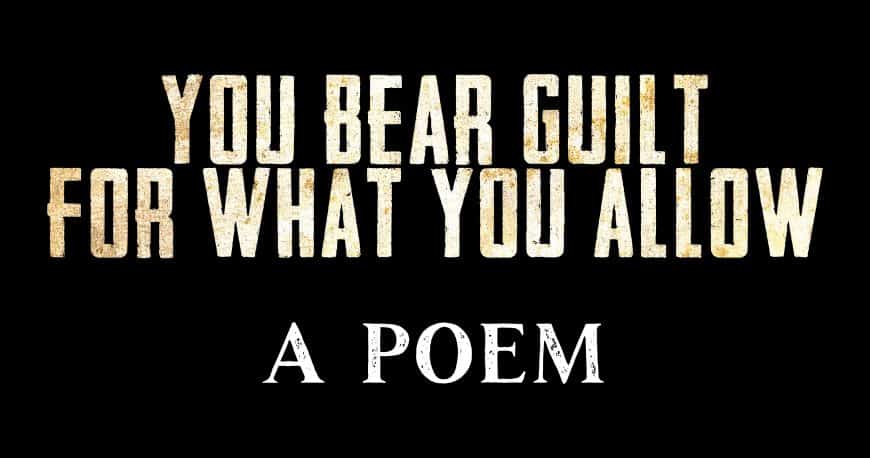 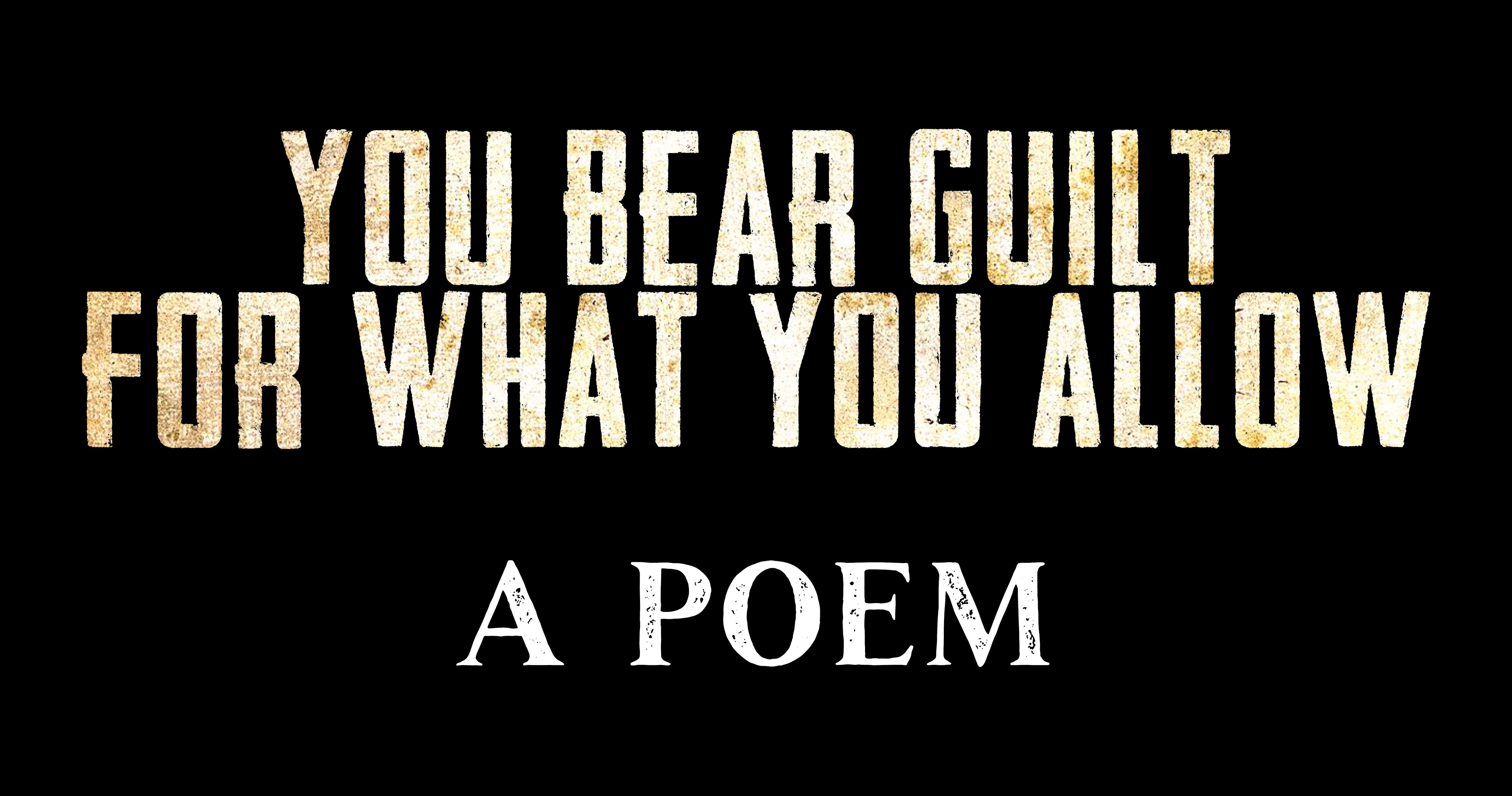 You bear guilt for what you allow. It seems that we are enamored instead of disgusted with abortion. Forty-seven years are in the hole where we dumped the children, forty-seven years of burning fetal incense to foreign gods. Police officers who allow it to continue, delivery men supply weapons on command, pastors who fail to denounce it, Christians who won’t take a stand, abortionists eat at your businesses, mothers fill the demand, judges rule unjustly by precedent, legislators held back by their hand!

You uphold the system! You allow the murder! Your hands are as bloody as theirs! You prattle on about your freedom, and say nothing when your neighbors are killed! Your demands are for sharper knives for butchers and not the abolition of the slaughter! You frame iniquity by statute and give approval to the killer! You call those who want it ended extremists and you hastily disavow! You bear guilt for what you allow!

Must we handle their bodies? Must we pick at them with tweezers and pull their limbs with forceps? Must we sift through the remains of their bloody carcasses before we can say we created the hell we live in? Must the devil eat openly at our table before we know we live with him? Must the magma of God’s wrath be the thing that shows us saying MAGA won’t end the killing! YOU BEAR GUILT FOR WHAT YOU ALLOW!

The turnstile of the court keeps on spinning red and children keep falling dead. “Patience! Peace!” You pathetically cry as children are fed to the feds. The time for justice is always now. End the slaughter, stop your compromise, destroy your hope in courts and creeds and appeal to the divine Court and the divine Creed. Love your neighbor as yourself and act like you will get the axe! You bear guilt for what you allow.

“Amy Coney Barrett will do it, Trump will do it, there they are Lord, send them, not me.” How long can you pass the buck? How long can you keep it up? How many children will get snuffed before you will say enough? How many millions can go in that hole before we cover it up?! How many times must your God keep on yelling in scripture you didn’t read? How many prophets died telling His people that justice is what we must heed? There’s more than one group who kneels before Baal in submissive bow. You bear guilt for what you allow.