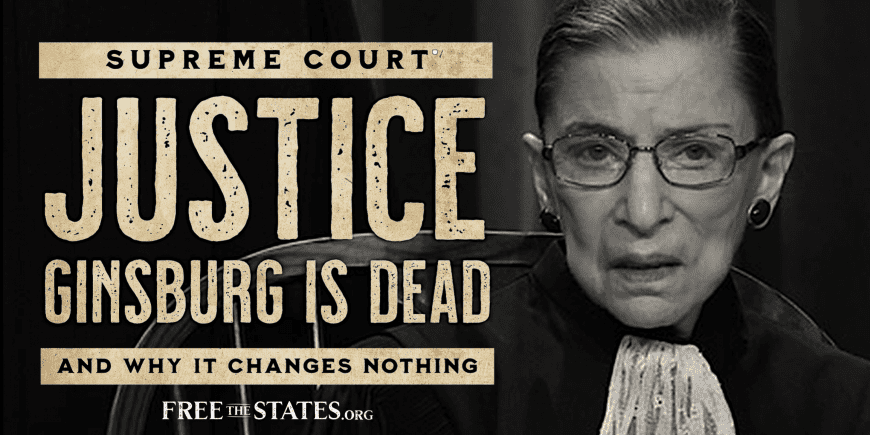 Justice Ruth Bader Ginsburg has passed away from complications related to pancreatic cancer at 87 years old. US Senate majority leader Mitch McConnell has already released a statement revealing that “President Trump’s nominee will receive a vote on the floor of the United States Senate.” The upcoming nomination battle is likely to make the Kavanaugh confirmation battle look tame by comparison.

If D.C. Republicans are able to nominate and confirm an anti-Roe justice, it would be conceivable that Roe would be overturned in the coming decade. Not necessarily likely, but conceivable.

Supreme court history informs us that Roe’s reversal would still be unlikely. In 1992, the US supreme court was made up of eight Republican nominees, including three from Reagan and two from Bush. The lone Democrat nominee on the court was Justice Byron White who dissented in Roe v. Wade. So there were eight Republicans and a pro-life Democrat. The Planned Parenthood v. Casey (1992) decision should have been a slam-dunk overturning of Roe. Yet even the ’92 court upheld legal abortion. The majority was made up entirely of Republican nominees.

The only current justice who has ever publicly stated that Roe should be overturned is Clarence Thomas. Thomas has written separate opinions calling for the court’s abortion jurisprudence to be overturned in nearly every abortion-related case that has come before him, including the recent June Medical Services v. Russo decision. These opinions have not been joined by any other current justice. So while another confirmation would make six Republican appointees, Roe’s reversal would not necessarily be imminent or even likely.

Even if an anti-Roe judge gets appointed, nothing changes for abolitionists. As Christians who strive for obedience to God’s word and to a lesser extent, as Americans who care about equal protection under the Constitution, when we’re ordered to allow mass murder, we’re obligated to say ‘no.’ Ginsburg has passed away, but the court’s order to the states that they must allow mass murder in their jurisdictions hasn’t changed, and the objective standard of morality hasn’t changed. The obligation of states to uphold justice by disregarding Roe, therefore, stands.

As my colleague Russell Hunter said on Facebook, the key to the battle against abortion isn’t about anyone dying or leaving the court. It’s about an ideology of unconditional subservience to the court against all reason and humanity that needs to die.

The court is still not likely to overturn Roe, and even if it were, we would be derelict in our duty as Christians if we waited for them to do so before giving equal protection to preborn humans. Regardless of who fills Ginsburg’s former seat on the court, our work and objectives remain the same. We must continue working toward the total and immediate abolition of abortion in defiance of the genocidal United States supreme court.

Click here to read more about the necessity of ignoring the supreme court’s abortion precedent rather than submitting to it.