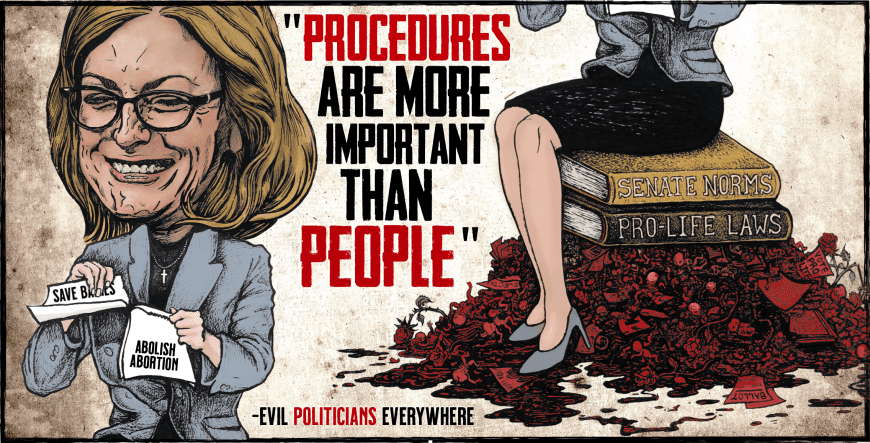 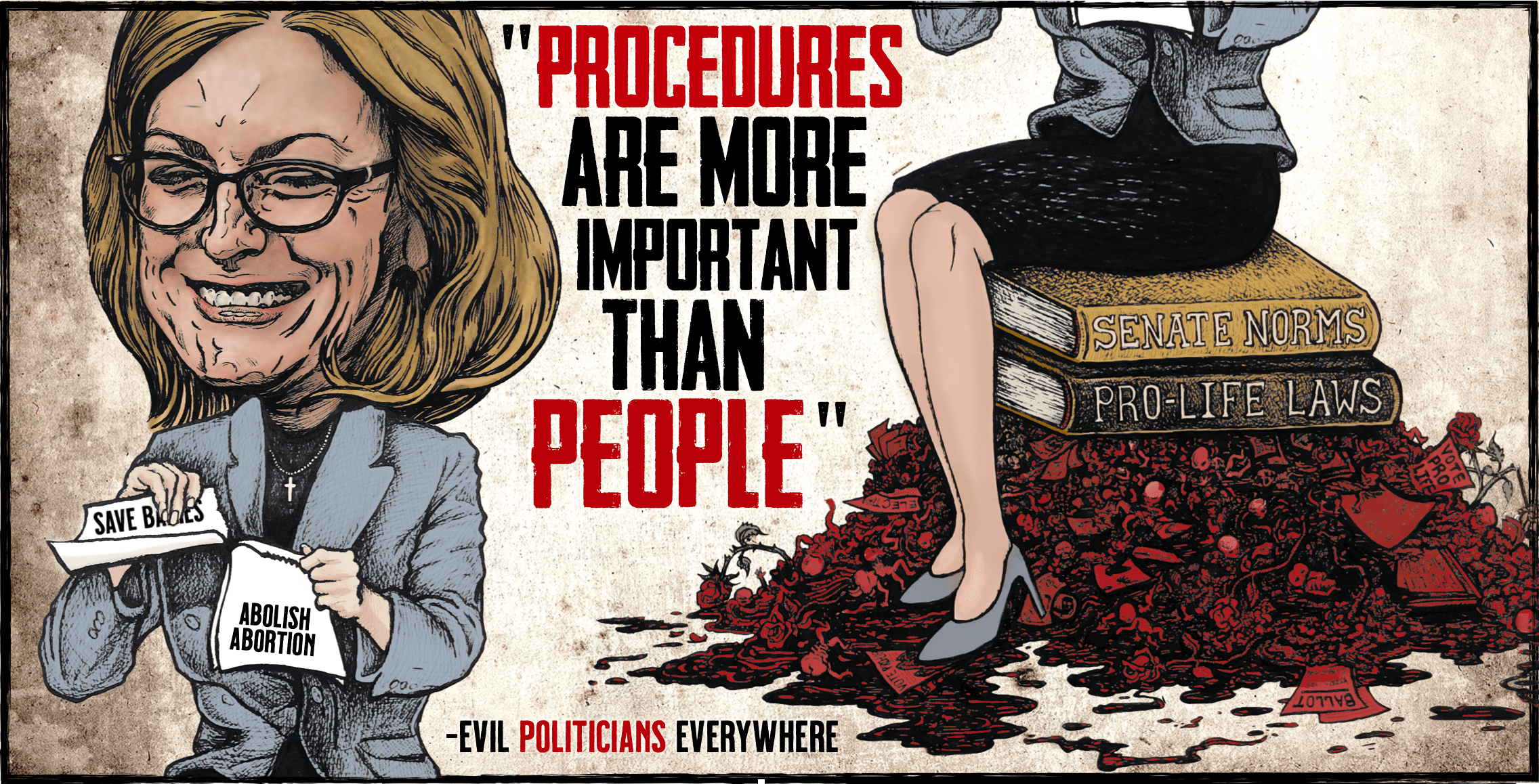 One of the most common excuses Oklahoma abolitionists hear from Senators who voted to kill The Abolition of Abortion in Oklahoma Act is a version of “I oppose abortion, but there are procedures bills have to follow,” or “there are legislative norms we have to keep,” or “there’s a process we have to respect.”

Larry Boggs provided an example of this excuse at the July 14th Haskell County GOP meeting (which has become famous for other reasons). “There is a process that not just Senate Bill 13 must follow, but every bill filed must follow,” Boggs said. “And if we don’t – listen – we will have total chaos… Abortion is an abomination to me, but there’s a procedure that we must follow.”

There are two reasons anti-abolition Senators give for why their opposition to SB13 was on procedural grounds. Both reasons are misleading. The first is that to vote in favor of SB13 would have violated the committee process. On March 11, Senator Joseph Silk, the author of SB13, motioned to withdraw his bill from committee and place it on General Order. This motion was fully in accordance with Oklahoma Senate Rule 7-9 which states, “Any bill or resolution may be withdrawn from any committee of the Senate upon a two-thirds vote of the members of the Senate. Any bill or resolution so withdrawn shall be on General Order.” There is absolutely nothing chaotic or violative of procedures about the motion. Motioning to bring a bill out of committee is fully in accordance with Senate rules.

There were no Senate rules being violated or suspended by the motion to place SB13 on General Order. Given that the people claiming this are Senators who likely know the rules of their own legislative body, it’s safe to conclude that most, if not all of them are being dishonest.

But what’s more grievous than the dishonesty about whether voting for SB13 would have required the suspending of rules is the suggestion that abolishing abortion isn’t worth suspending a rule or two or however many it’s necessary to suspend. To hide behind procedure as an excuse for not establishing justice, even if procedures were being violated, is a heinous misordering of priorities.

After making the motion to table Senator Silk’s motion, thereby killing SB13, Senator Floor Leader Kim David told News 9, “I mean the history of the Senate is that bills work through the process through committee and I want that process to be able to continue as long as I’m in charge of the floor.”

Imagine we could compile the tiny corpses and force Kim David and Larry Boggs to look at and acknowledge the victims of abortion and the Senators were to say, “This had to happen because to save them would have required SB13 to pass by an unorthodox process.”

The procedure argument is so obviously morally repugnant that it’s shocking any of the Senators ever thought to use it. If any Senator gives you this excuse, cite Senate Rule 7-9 to them and explain that even if abolishing abortion requires the suspending of a rule, that it would be evil not to.