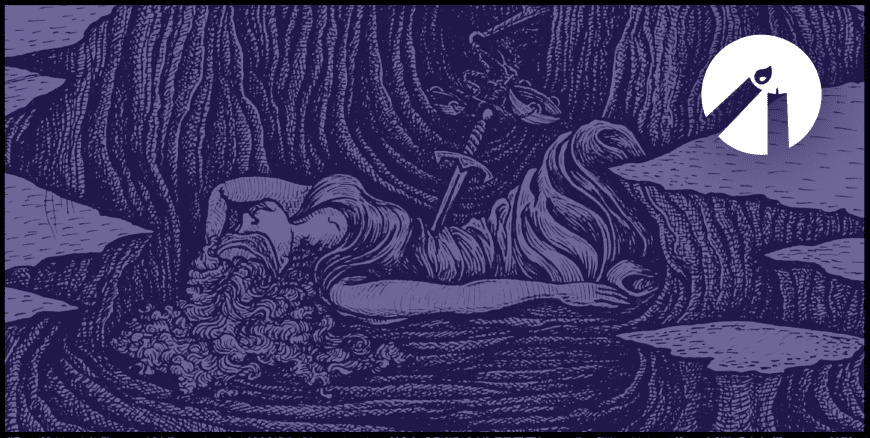 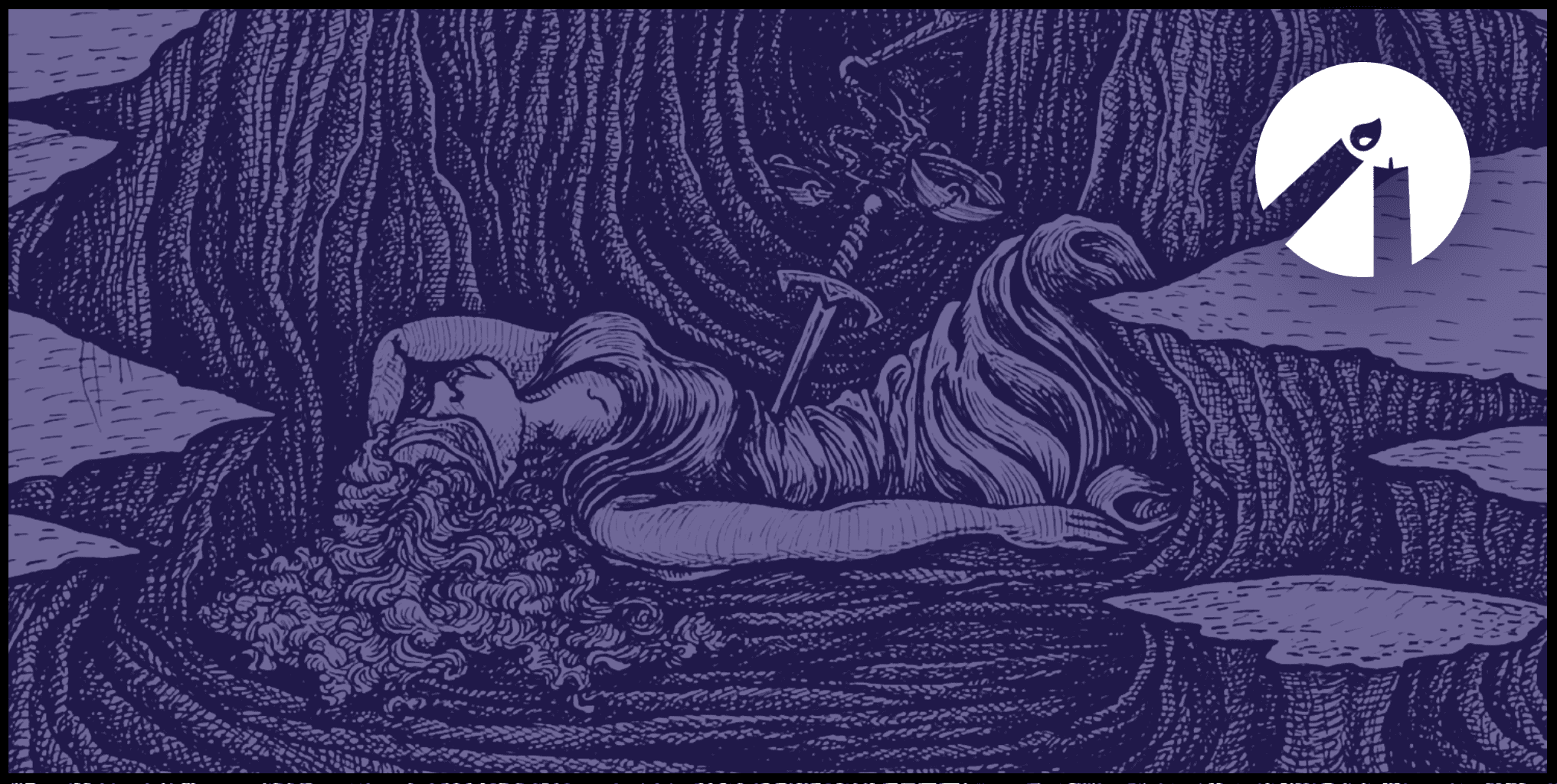 Students for Life has a new presentation and flyer which explains their position that laws against abortion should make only the abortionist liable for prosecution for the child’s death. Kirstan Hawkins, the president of Students for Life is currently touring the United States presenting on this topic. 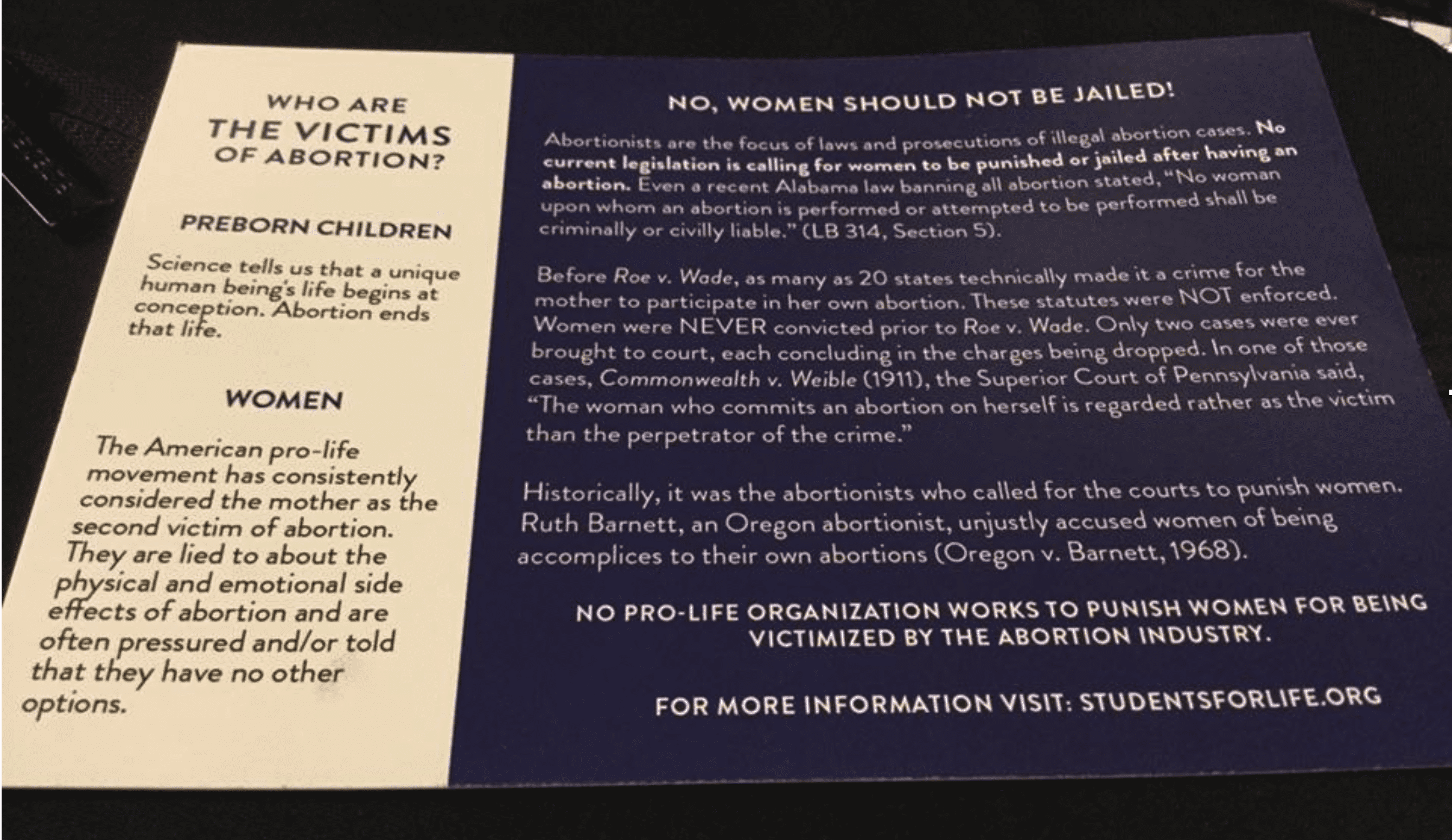 This is the position of the leaders of the pro-life movement and it is a fundamentally unjust position as it means unequal justice for the victims of abortion and further, it causes the legality of do-it-yourself abortions.

It’s pro-life hypocrisy on this matter that led to Roe v Wade in the first place. Roe author Justice Harry Blackmun wrote that the Texas law in question which gave blanket immunity to the mother was not consistent with the other claims of the pro-life defenders of that law.

If pro-life laws and the pro-life leaders who write them don’t treat the preborn child like a human being, why would anyone else? We must demand equal justice for preborn human beings. To not do so is to be incoherent so as to betray our the foundation of our case: that the victims of abortion are due full protection of the law.

Such a law does not criminalize abortion, it merely criminalizes abortion performed by a licensed abortionist. A pro-life law that gives automatic immunity to the mother in all cases does nothing about the legality of abortion itself. All it does is make it illegal for an abortionist to help a mother murder her baby. Do-it-yourself abortion is still perfectly legal under pro-life laws.

On their flier, Students for Life points out that the American legal system has never prosecuted mothers and fathers for having their children murdered. They’re right, but as demonstrated by Roe footnote 54, that legacy of foolishness and injustice is not an example to return to but a terrible mistake to learn from.

The below presentation from Texas family attorney Bradley Pierce from the 2018 Church Arise Conference delves deeply and articulately into all of these matters.