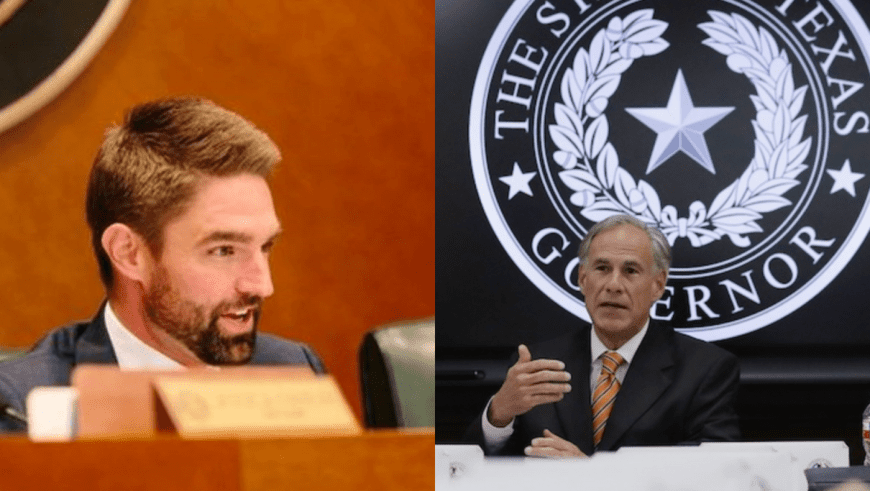 The recently signed Texas Born-Alive Infant Protection Act is set to go into effect next week on September 1st. By its name, you might assume the new law provides babies born-alive after failed abortions equal protection of the law. This is exactly what bill sponsor Rep. Jeff leach (R-Plano) is claiming. “We’re drawing a line in the sand,” Leach said, according to the Texas Tribune. “We’re proclaiming clearly and loudly together that a baby who survives an abortion deserves the full protection of the law and the highest standard of medical care.”

Texas Governor Greg Abbott repeated this line at the bill’s signing ceremony. “[The new law] provides a baby who survives an abortion the full protection of law in Texas… I want to thank Representative Leach and Senator Kolkhorst for their authorship of this.”

The reality bears almost no semblance to the political posturing. Full protection of the law is not being provided to a baby who survives an abortion. On September 1st, the penalty for allowing a baby born alive to die on the table will become a third-degree felony rather than a misdemeanor. The change is miniscule, and babies who survive abortions are not given anywhere near full protection of the laws against murder like they should be.

It wouldn’t be surprising if next session (which for Texas is in 2021), a pro-life politician points out the injustice of this born-alive act and introduces a bill to make murdering a baby born alive after an abortion attempt a second-degree felony. In 2023, the pro-life lobby will call that law unjust and pass a law making it a first degree felony, and then in 2025, they’ll actually write a law providing equal protection of the law against murder for babies who survive botched abortions.

This is the game pro-life politicians play to keep the pro-life voting bloc dependent on them. That’s all HB16 is – an unjust law that has absolutely no effect on anything except to give pro-life politicians and establishment lobbyists something to show pro-life voters. They will continue to play this game in perpetuity if we let them because there’s an infinite number of worthless and/or unjust bills that could be spun as pro-life victories.

Abortion will be abolished when we stop falling for the charade. This never-ending stream of worthless pro-life “victories” is what’s keeping people from demanding justice. In Oklahoma, this dynamic was seen especially clearly. After State Senators Greg Treat and Jason Smalley killed the Abolition of Abortion in Oklahoma Act, there was an outcry against them. Their districts were flyered with information about what they’d done. Billboards were put up around Oklahoma City. Their phone lines and inboxes were filled with angry calls and emails.

In response, they passed three pro-life bills which accomplish nothing and saved their careers because people still see these pro-life bills as victories, even when these bills are transparently used as the excuse not to abolish abortion. The Oklahoma legislature passed a bill that strips Medicaid funding from health care providers that don’t report possible instances of statutory rape, a bill to raise awareness about the abortion reversal pill, and a bill that allocates funds to the state’s Choosing Childbirth program. If it weren’t for the passage these bills, Treat and Smalley wouldn’t have been able to weather the storm of outrage resulting from their decision to prevent abortion’s abolition.

The same thing is happening in Texas. Jeff Leach is the man responsible for preventing the Abolition of abortion in Texas Act (TX HB896) from getting a committee vote. For the sake of his career, he needs to distract people from the fact that he killed HB896 with the fact that he authored and helped pass HB16.

As for Abbott, he may have needed HB16 even more than Leach did. In June of 2018, Abbott promised dying 16-year-old Jeremiah Thomas that he would work for abortion’s abolition in the 2019 session. In February, Abbott’s office was delivered more than 70,000 petitions by Jeremiah’s family and friends reminding him to keep his promise to Jeremiah. The petitions were delivered just ahead of Abbott’s state of the state address in which the Governor outlines his priorities for the upcoming session. Abbott spurned the Thomas family and the 70,000+ petitioners, refusing to mention the abolition of abortion.

Knowing Rusty and Kendra Thomas, Jeremiah’s parents, I can report that this was an incredible disappointment for them, but that they were still hopeful Abbott would make good on his word by the end of the session. Abbott did not make good on his word. He did nothing to support the Abolition of Abortion in Texas Act. A source close to Abbott reported that he didn’t speak up on behalf of the bill because he didn’t even support it.

Jeff Leach and Greg Abbott are politicians. They’re playing a game. When we call out the game for what it is, reject the worthless “pro-life victories” that the politicians and lobbyists use as their excuse not to abolish abortion, and demand abortion’s total and immediate abolition, abortion will be abolished. But not until then.