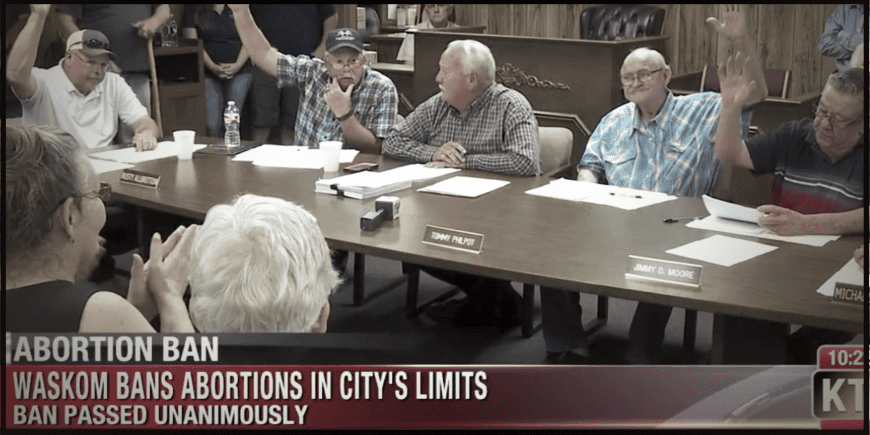 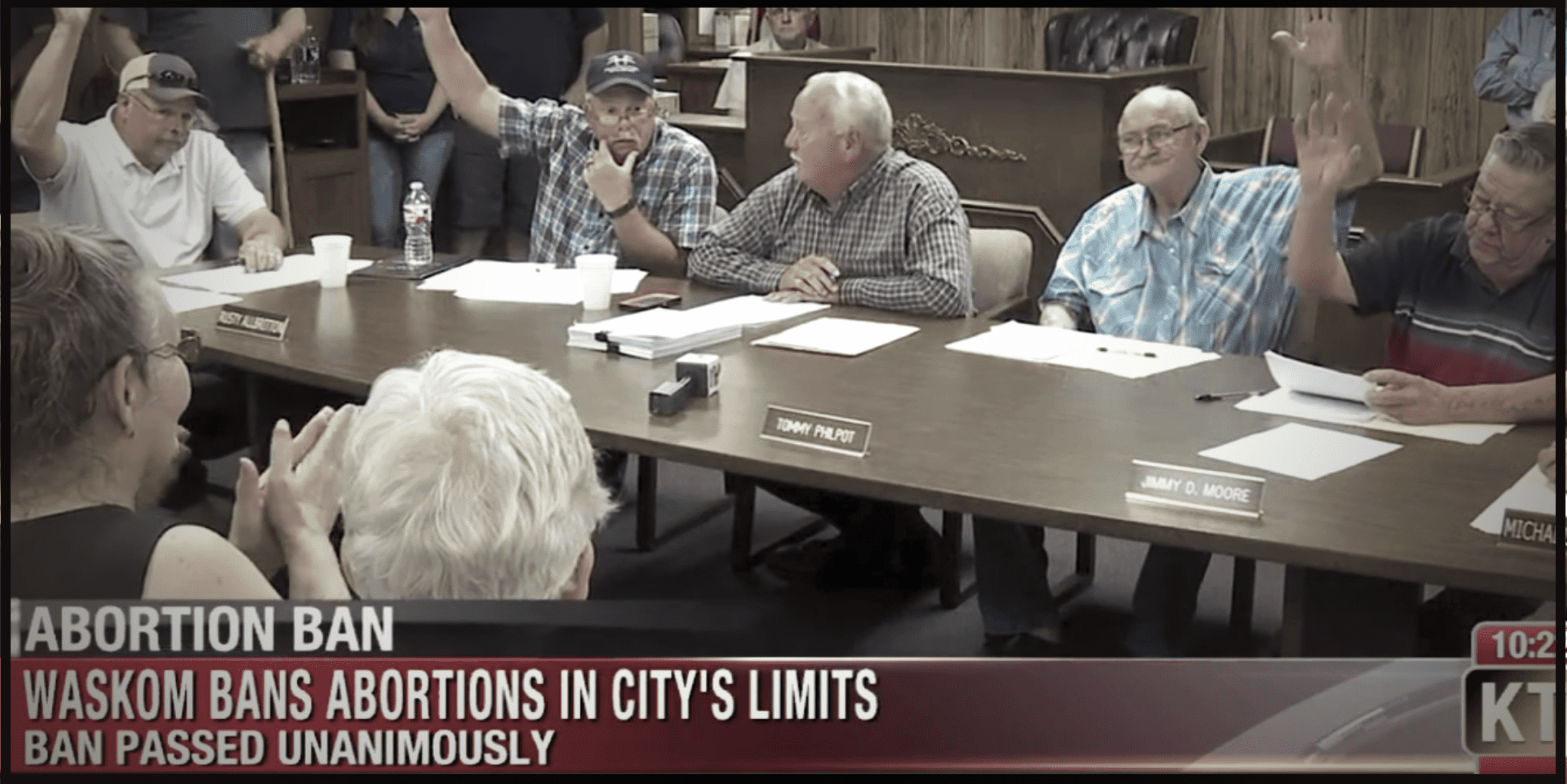 Back in 2016 when the first bill of abolition was about to be filled in Oklahoma, there was a brief attempt to include an abortion exception in the language. The abolitionists who originally proposed the bill explained to the lobbyists and legislators involved that if they included any exceptions which allowed for abortion, the bill would not receive their support. They explained that they would not only refuse to celebrate it but would actually show up at the capitol to oppose it.

The exception was removed, the bill was filed, and the battle to abolish abortion was forever transformed.

Regarding the developments in Waskom, TX:

First, we want to thank Jon Speed, Mark Dickson, and Rusty Thomas for attempting to help make Waskom a sanctuary city for preborn boys and girls. The original ordinance they presented to the Waskom City council had no exceptions, no loopholes and legitimately defied the Supreme Court. Jon, Mark, Rusty, and others worked hard to pass a good ordinance.

Unfortunately, a prestigious lawyer entered the fray. He thinks the ordinance has a better chance to be upheld by the Supreme Court if it has loopholes and doesn’t actually treat abortion like murder. What this lawyer did was give up all moral and legal authority. Legally, he made the exact mistakes that got us Roe in the first place. Justice Blackmun, the author of the Roe decision, wrote that the State of Texas’ claim that preborn human beings had a Constitutional right to equal protection according to the 14th amendment was nonsense because even Texas didn’t provide preborn human beings equal protection. Pre-Roe, abortionists got fines or short jail sentences while other accomplices to the murder got no penalty at all. They didn’t treat abortion like murder and thus undermined their whole case against abortion.

That’s what this lawyer has done. That’s what the Waskom ordinance does. The allowances for abortion they’ve written into the bill have the effect of failing to treat abortion like murder and have undermined their whole case. Further, by declaring that the enforcement of the ordinance is contingent on receiving permission from the Supreme Court, they’ve conceded that the court has the rightful authority to legalize child sacrifice. This is the opposite of a sanctuary city. This is anathema to abolition.

Worse than the legal mistake, by including exceptions and bowing to the Supreme Court, they’ve given up their moral authority. They’ve given up the Word of God which says “you shall not murder.” They’ve failed in God’s command to stand up for the fatherless, for who is more fatherless than a child conceived in rape? They’ve failed God’s command to love their preborn neighbors as themselves, because if the Supreme Court ruled that it were legal to murder people who live in Norman, OK or Waskom, TX, we would, of course, ignore that court decision. We need to do the same for our preborn neighbors.

When Greg Treat rejected an abolition bill and put forward a bill similar to Waskom’s ordinance, we booed him out of the chamber. The Waskom ordinance is actually worse than Treat’s SB195. It needs to be thoroughly rebuked by all abolitionists. To repeat, Waskom, TX is NOT a sanctuary city for preborn boys and girls. It is a city that almost passed a righteous ordinance but chose to pass an iniquitous and servile one instead. We are still looking for the first city to stand up and become a sanctuary city for the preborn. We are still searching for a state to stand up and become the first state to abolish human abortion.