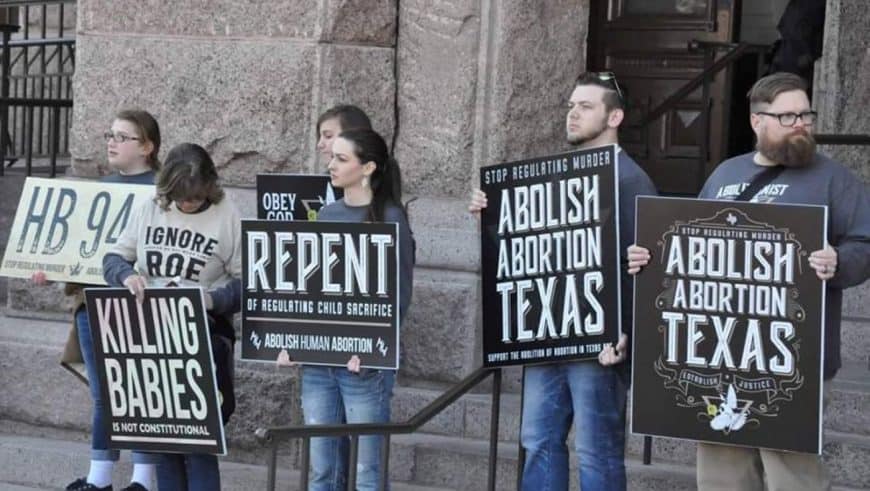 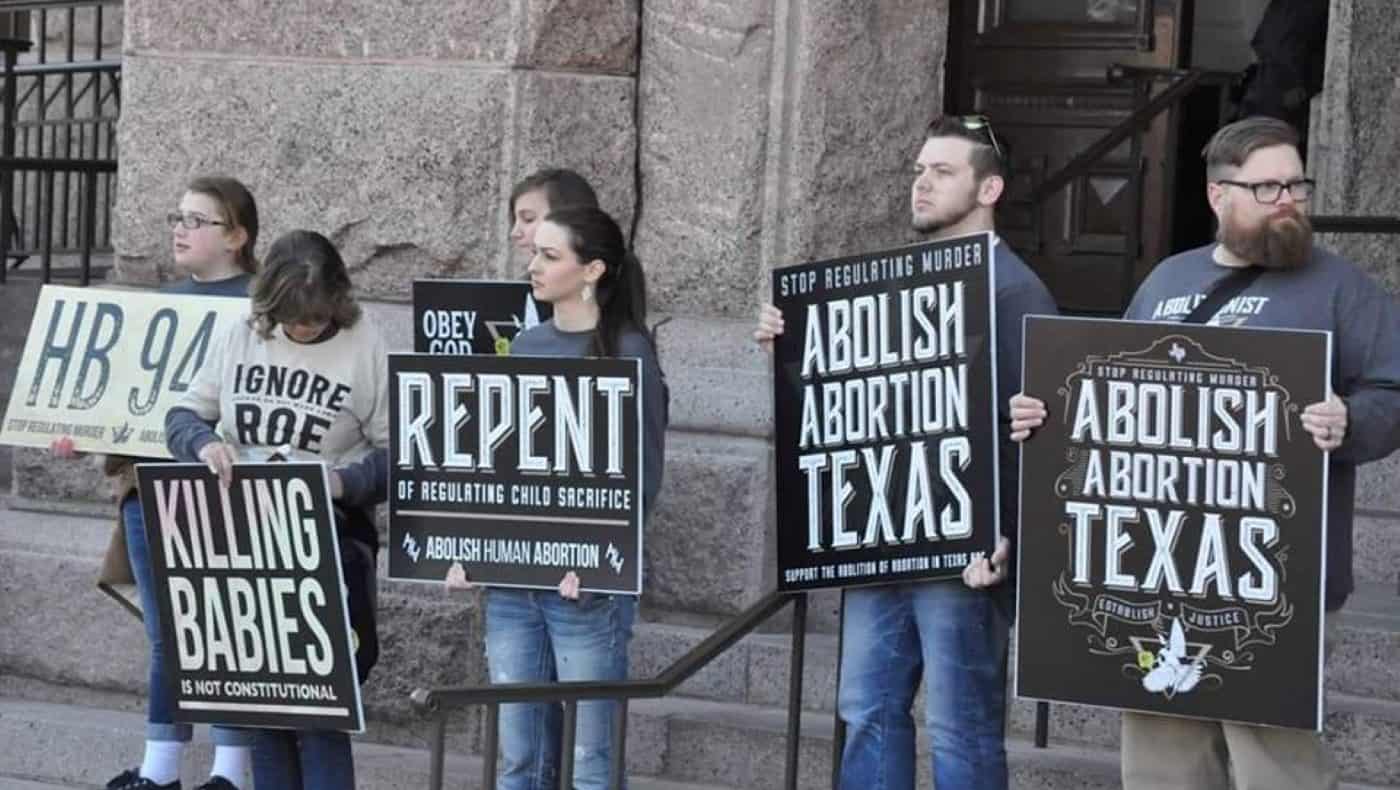 Texas will make history on Monday as the Abolition of Abortion in Texas Act (TX HB896) is scheduled to become the first abortion abolition bill to be heard by a legislative committee since the Supreme Court opined that all 50 states should allow abortion in 1973.

The never-ending stream of pro-life legislative “victories” across the country can make your head spin. There have been more than 250 pro-life bills introduced in State legislatures across the country in 2019 alone, most of which accomplish little-to-nothing. This is not one of those bills. TX HB896 would be the end of abortion in Texas.

The bill features language echoing the 14th amendment of the US Constitution to outlaw unequal protection of the law. “A living human child, from the moment of fertilization on fusion of a human spermatozoon with a human ovum, is entitled to the same rights, powers, and privileges as are secured or granted by the laws of this state to any other human child.”

TX HB896’s author, Tony Tinderholt (R-Arlington), grounds Texas’ authority to outlaw abortion and demand the cooperation of its political subdivisions in the US and State Constitutions. “Any federal law, executive order, or court decision that purports to supersede, stay, or overrule this Act is in violation of the Texas Constitution and the United States Constitution and is therefore void.”

Texas’ House Judiciary and Civil Jurisprudence Committee is made up of five Republicans and four Democrats. All five Republican votes are needed if the bill is to move forward. Committee member James White (R-Hillister) is a co-sponsor of the Abolition of Abortion in Texas Act and chairman Jeff White (R-Plano) sponsored identical legislation in 2017. They are likely to support the bill.

The leanings of Reps. Matt Krause (R-Fort Worth), Morgan Meyer (R-Dallas), and Reggie Smith (R-Sherman) are unknown. Without their unanimous support, TX HB896 will die, and with it thousands of preborn human beings.

The hearing is from 8 a.m.-to-noon Central Time on Monday, April 8th in room E2.206 of the State Capitol building. If you live in Texas and are able to be there, you need to be there. If you know people who live in Texas, you need to tell them to be there. There will be a time to give testimony on behalf of the Abolition of Abortion in Texas Act. Come prepared with a two-to-three minute speech and you will be able to speak on behalf of the vulnerable preborn directly to those whose responsibility it is to protect them.

Non-Texans can follow the hearing live as Abolish Abortion Texas will host a live stream of the hearing at their Facebook page as well as the hearing’s event page.

About 55,000 babies are murdered annually in Texas. With the State legislature meeting every other year, the fate of 110,000 babies rests with TX HB896.