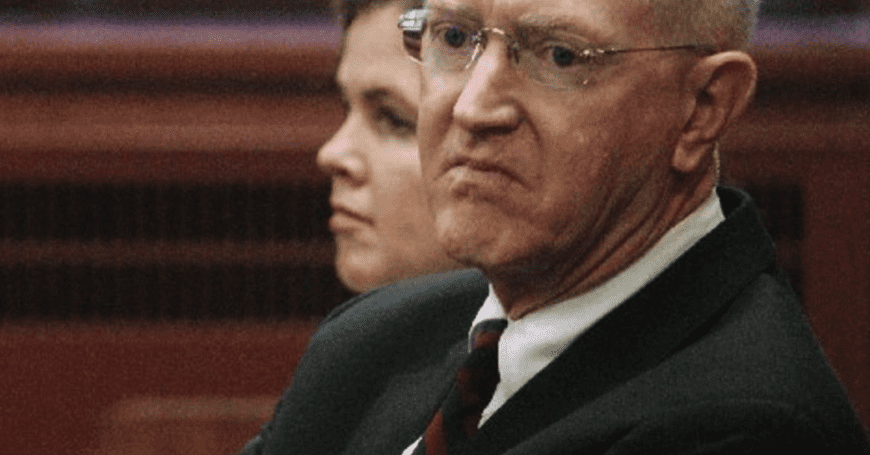 National Right to Life Vice President Tony Lauinger is getting creative to keep abortion from being abolished in Oklahoma and to silence debate on the matter. As previously reported, Lauinger and his centrist Republican allies in the Oklahoma State Senate are working to kill OK SB13, the Abolition of Abortion in Oklahoma Act.

A letter from Lauinger sent to the wrong Senator and then forwarded to the abolitionist organization Free the States details Lauinger’s plan to prevent any consideration of abolishing abortion. While SB13 has been denied a committee hearing, another abortion-related bill could be amended to become an SB13-like bill. SB614, a bill regarding the abortion reversal pill, is scheduled for a hearing in the Senate Health and Human Services Committee on which SB13 author Sen. Jospeh Silk (R-Broken Bow) sits. Lauinger’s letter suggests to Daniels a number of ways to prevent SB614 from being amended and abortion from being abolished.

“[SB614] could be moved from Health and Human Services to Judiciary, in which Sen. Silk does not sit,” Lauinger wrote. One of SB13’s co-authors, Sen. Nathan Dahm (R-Broken Arrow), sits on the Judiciary Committee, but is less likely to try to amend SB614 than Silk who has spearheaded the abolitionist movement in the Oklahoma State Senate since 2016.

Lauinger also proposes that an SB13-like amendment be ruled out of order on procedural grounds or simply tabled. “An amendment regarding SB13 could be ruled out of order: as violating the single-subject rule (as it involves charges in many different titles of law); as being not germane (for the same reason – many different titles of law); [or] a motion to amend could be tabled. “

Lauinger closes by encouraging Daniels to continue hearing and passing pro-life bills because of the Rose Day momentum: “Finally, Julie, refraining from hearing any abortion-related bills would paralyze the pro-life cause and make it impossible to make any progress. There were two other Rose Day abortion bills moving fast in the House.”

Lauinger is likely referencing HB1396 which would ban sex-selective abortions and HB2591 which would make abortion facilities which fail to report cases of possible sexual assault ineligible for Medicaid. Bans on sex-selective abortions do nothing to prevent abortion. All the mother has to do is claim a reason for the abortion other than her baby’s sex. HB2591 is one of the weakest bills imaginable. People who knowingly enable sexual abuse should go to jail, not lose medicaid eligibility. It’s unlikely to ever even go into effect as the political nature of Planned Parenthood and abortion facilities makes them nearly impossible to prosecute.

These bills do nothing to bring us closer to the abolition of abortion and likely won’t prevent a single death. These bills do serve other purposes, however:

It’s time to stop allowing self-interested politicians and lobbyists to string us along for money and votes. Make sure your State Representatives and Senators know we demand abortion’s abolition and nothing less. If we don’t, the killing is not going to end.