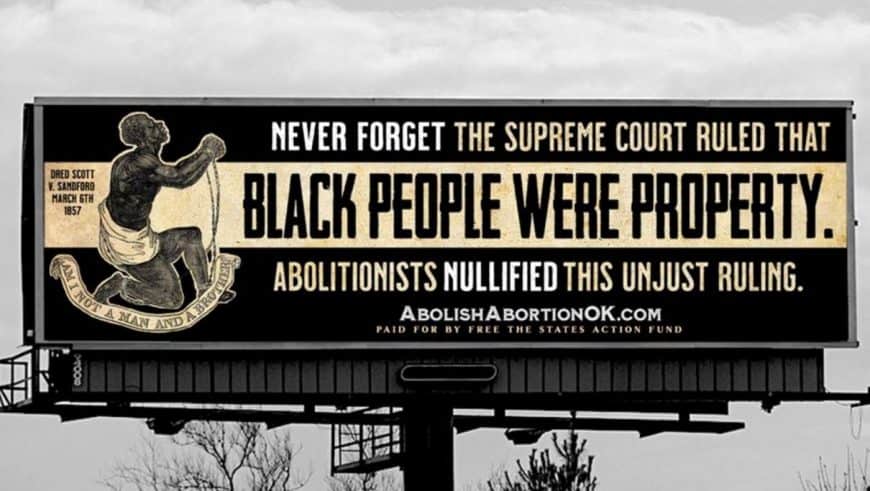 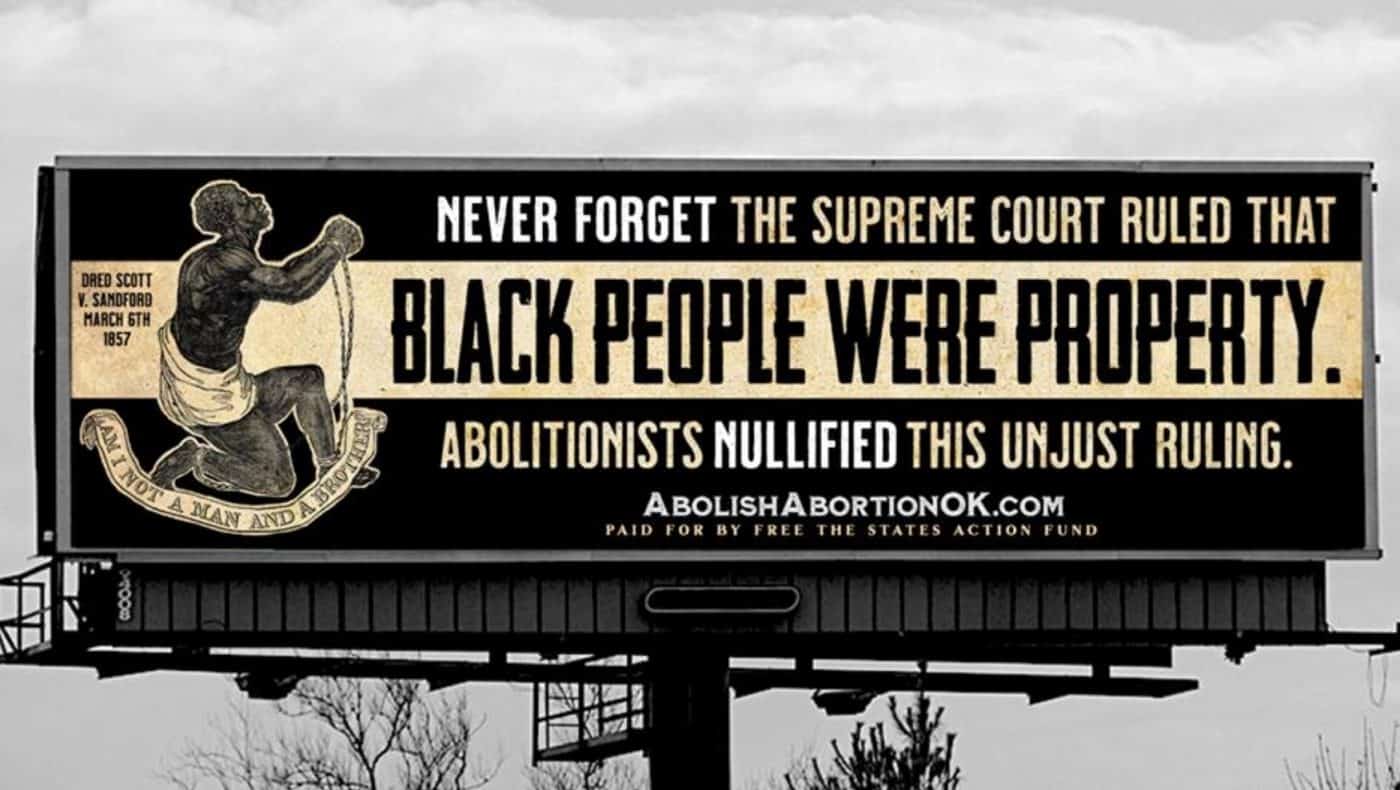 On the evening of March 10th, 1854, two wagons carrying seven men approached a cabin in Racine, WI. Inhabiting the cabin was escaped slave Joshua Glover and the men were federal agents. By the authority of the Fugitive Slave Act of 1850 and a warrant signed by a federal judge, the men burst into Glover’s home, beat him, arrested him, and threw him on a wagon headed for the Milwaukee County Jail.

Upon hearing of the arrest, Racine County Sheriff Timothy Morris tracked down one of the wagons, intending to save Glover. Unfortunately, it was the decoy wagon. The one containing Glover successfully made the six-hour journey from Racine to Milwaukee. Still, Sheriff Morris arrested the federal agents on suspicion of kidnapping, assault, and battery.

Around 9 a.m. the next morning, Milwaukee newspaper editor and abolitionist Sherman Booth received a telegram from Racine explaining the situation. Booth saddled his horse and rode through the city exhorting everyone within shouting distance to gather outside Milwaukee’s courthouse square at 2 p.m. More than 5,000 showed up to protest.

There, amid raucous speeches and chanting, lawyer Byron Paine authored a writ of habeas corpus on behalf of Glover which was signed by a county judge and sent to federal authorities. Unimpressed, a federal judge instructed the federal agents in Milwaukee to ignore the writ. By 5 p.m., Milwaukee abolitionists were joined by Sheriff Morris and roughly 100 men who had traveled 30 miles by boat up Lake Michigan from Racine. Within an hour of the Racine delegation’s arrival, the gathering of abolitionists stormed the jail with wooden beams and pick axes, successfully breaking Glover out.

They whisked Glover onto a carriage en route for the Underground Railroad as federal marshals looked on, impotent to do a thing about it. As the carriage passed the massive, cheering crowds, Glover, still bruised and bloody from his earlier beatings, tipped his hat and cried out “Glory, Hallelujah!” Soon after, the Underground Railroad guided Glover into Canada where he lived the rest of his life in freedom.

Booth, the newspaper editor who rallied abolitionists to the jailhouse, was criminally charged for his violation of the federal Fugitive Slave Act. Paine, the author of the habeas corpus writ, defended Booth in court by arguing the Fugitive Slave Act was unconstitutional and therefore void. The State Supreme Court agreed and acquitted Booth. The Fugitive Slave Act had been nullified in Wisconsin.

Under similar conditions, William “Jerry” Henry was broken out of custody in Syracuse by about 2,500 abolitionists in 1851. 26 were tried for helping Jerry escape, and only one convicted. The other 25 were acquitted due to jury nullification being employed against federal law.

In 1850, Vermont passed the Habeas Corpus Act which required the state to “use all lawful means to protect, defend, and procure to be discharged” anyone who’d been “arrested or claimed as a fugitive slave in Vermont.” This explicitly nullified the Fugitive Slave Act which mandated escapees be brought back to their “owners” without trial. While being less confrontational than their compatriots in Milwaukee and Syracuse, Vermont abolitionists knew that local and state judges and juries would employ jury nullification against the Fugitive Slave Act freeing the captured slaves in the vast majority of cases. A few years later, Michigan passed the Personal Freedom Act, a nearly identical law.

Massachusetts’ Personal Liberty Act of 1855 made enforcement of the Fugitive Slave Act a crime punishable by a sentence of up to five years. Further, it mandated impeachment for any state official who aided slave-catchers and disbarred all attorneys assisting in the return of slaves to their “owners.”

Poet John Greenleaf Whittier was among the statesmen of the pro-nullification movement. “Since the passage of the Fugitive Slave Law by Congress, I find myself in a position with respect to it, which I fear my fellow citizens generally are not prepared to justify,” Whittier wrote. “So far as that law is concerned, I am a nullifier.” Abolitionist leader William Lloyd Garrison concurred in an article for The Liberator: “The nullification advocated by Mr Whittier…is loyalty to goodness.”

Slave owners and supporters, on the other hand, despised nullification. The New Orleans Bee, for instance, published a preemptive attack on Vermont’s rejection of federal law: “Fortunately, too, her position is such that she will probably never have occasion to attempt to put into practice her vile theories of nullification. If she ever should, we rely on the President, and on the people of Vermont themselves to bring the State back to reason, and to prove that ‘nullification’ north or south of the Potomac will be put down at all hazards.”

South Carolina Senator and later Confederate President Jefferson Davis made clear his disdain for nullification on numerous occasions. During his US Senate farewell address, Davis explained that the severity of his hatred for nullification precluded him from coexisting in a union with states which practiced it.

“Nullification and secession, so often confounded, are indeed, antagonistic principles. Nullification is a remedy which it is sought to apply within the Union, and against the agent of the States. It is only to be justified then the agent has violated his constitutional obligations…but, when the States themselves and when the people of the States have so acted as to convince us that they will not regard our constitutional rights, then, and then for the first time, arises the doctrine of secession in its practical application.”

Many years later in his 1881 book The Rise and Fall of the Confederate Government, Davis bemoaned the effect nullification had on the practice of slave catching.

“[State legislatures] made use of the powers and opportunities of the offices held under its sanctions to nullify its obligations and neutralize its guarantees. The halls of Congress afforded the vantage ground from which assaults were made upon these guarantees. The legislatures of various Northern states enacted laws to hinder the execution of the provisions made for the rendition of fugitives from service; state officials lent their aid to the work of thwarting them; city mobs assailed the offices engaged in the duty of enforcing them.”

In the years preceding slavery’s abolition, nullification was practiced exclusively by abolitionists to the acute dismay of the slave states. To oppose nullification in the context of American history is to side with the slavers. Unfortunately, a rewriting of history by statists has cut Americans off from the knowledge of these nullifiers who acted heroically in defiance of evil. That’s a sacrifice most government schools and textbook authors are willing to make lest they disseminate information that threatens the narrative of federal-government-good, racist-crazy-eyed-nullifiers-bad.

Consequently, even most conservative legislators and judges refuse to entertain the idea of nullification. Oklahoma State Senate President Greg Treat (R-Oklahoma City) worked hard to kill the Abolition of Abortion in Oklahoma Act, contending in a committee hearing that “[nullification] is not the heroes of the stories, it’s the villains of the stories. . . To wrap yourself in a nullification banner is to be on the wrong side of history.” There’s hypocrisy here as Treat authored a bill nullifying federal regulations in 2016, but worse are the lies he’s spreading about American history which are exactly opposite of the truth. Nullifiers were the heroes – their opponents the villains.

The idea that we owe unconditional submission to every unconstitutional federal law, regulation, and court opinion should be treated with contempt. Faced with evils such as these, nullification is the only appropriate response. Anything less is cowardice or idolatry. “I was just following orders” was no excuse for mid-level Nazis in Nuremberg and it’s no excuse for state governments now.

Roe v Wade is no less wicked than Scott v Sanford or the Fugitive Slave Act. The legalizations of both abortion and slavery were grounded in the separation of personhood from humanness, which is the pinnacle of injustice. Nor is Roe less unconstitutional than Scott v Sanford. Honest abortion supporters admit this. Former dean of Stanford Law John Hart Ely said, “[Roe] is not Constitutional law and gives almost no sense of an obligation to try to be.” Article VI of the Constitution establishes that federal action not pursuant to the Constitution is illegitimate. Roe, and every farcical court opinion based on the foundation thereof, are null by nature. We need to act on that reality. We need to abolish abortion.

The Tenth Amendment Center aptly describes the 19th century anti-nullification attitude of those angry with northern states for defying the Fugitive Slave Act.

“So let’s rehash what happened: A state legislature uses nullification to defy and even resist a federal law that goes beyond the powers delegated to Congress through the U.S. Constitution based on principles advocated by the Founding Fathers. The media throughout the nation are quick to lambast the law for its ‘vile’ act of nullification, claiming it threatens to destroy the Constitution itself. The governor of another state then blames the law on ‘extremists.’ The President threatens to take whatever action necessary to ensure the federal law is enforced. But that ends up being little more than tough talk.

Does any of this sound familiar to you?”