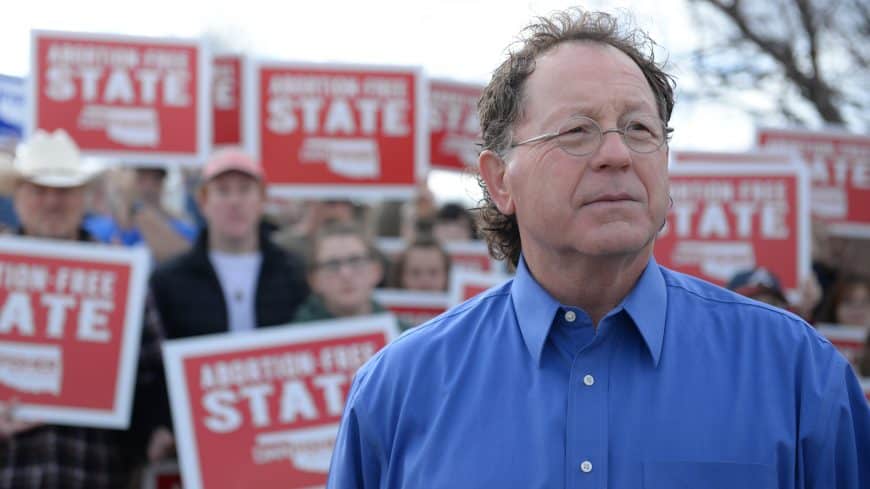 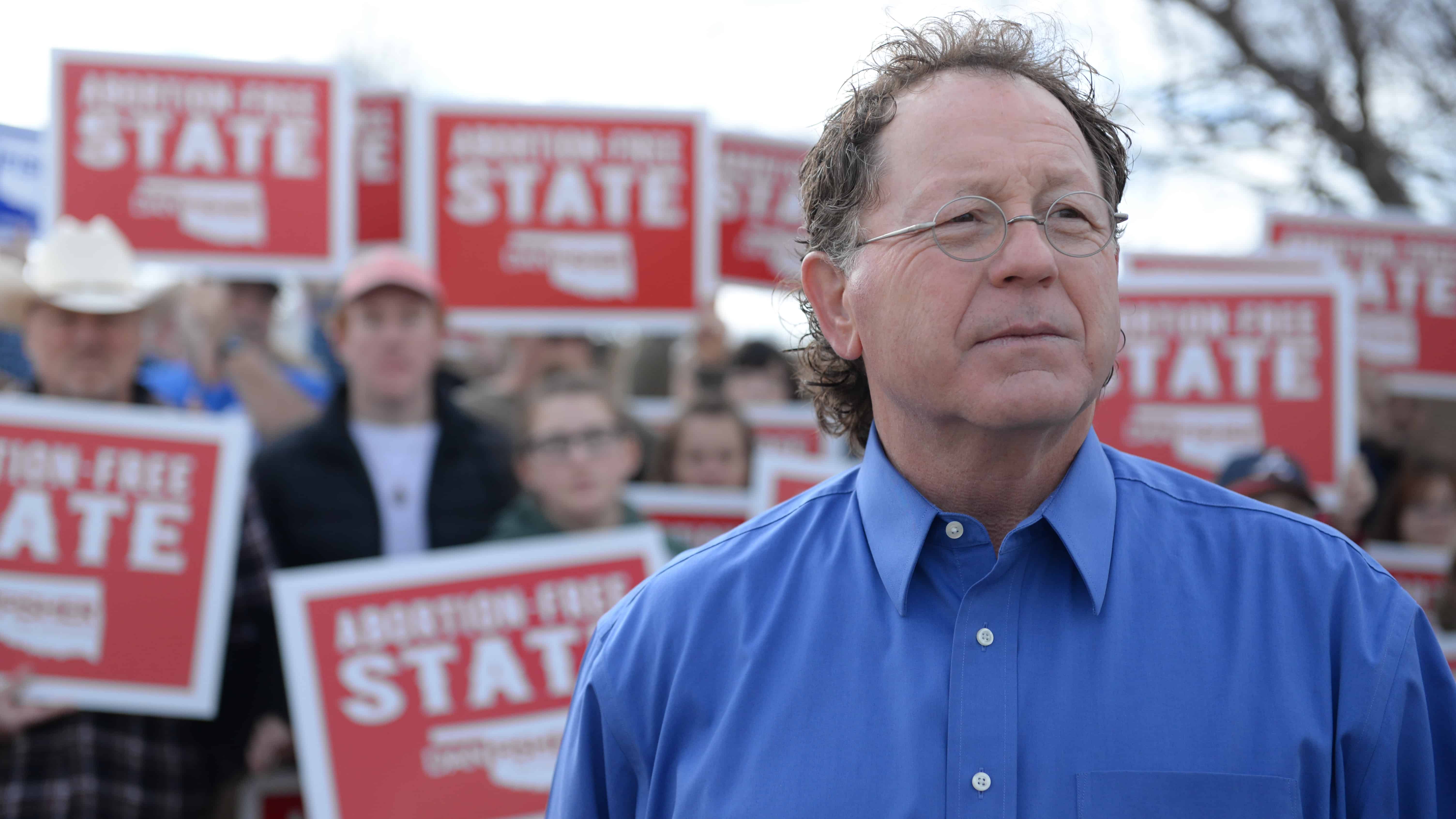 The leaders of the Baptist General Convention of Oklahoma and other groups are standing against preachers and leaders like me who are calling and working for the total and immediate abolition of abortion – as opposed to the incremental approach that has been employed by the Pro-Life movement in general, and the BGCO in particular, for the past forty-five years.  I fear that something is very wrong among OK Baptists and I believe it is important that I respond for those of us who believe abortion should be abolished; not regulated until the U.S. Supreme Court allows Oklahoma to stop it – and who knows when that will happen, if ever.  Sadly, thousands/millions more babies will no doubt be murdered while we wait.

Like many who grew up in the Baptist Church, I became a Christian as a child.  Then I felt the call to preach and preached my first sermon when I was sixteen.  I became a vocational pastor at the age of twenty-two and have now been in the ministry for 43 years.  For the majority of that time, I have pastored Southern Baptist churches.  In addition, I served two terms in the Oklahoma Legislature and ran a strong campaign for governor on a platform of state sovereignty and abolition of abortion (coming in fourth in a field of ten Republican candidates).

I have been a “pro-lifer” all of my life.  I was actively involved in pro-life efforts way back in the early 80s when the church where I served worked closely with Dr. Jerry Falwell and his Moral Majority.  I remained a bold and proud pro-lifer … until I was elected to the Oklahoma Legislature.  There, “from the inside,” I learned firsthand the way abortion is used as a football in a political pro-life game played by “conservative, pro-life” politicians. I learned that while most Republican politicians say they want to end abortion, they are completely unwilling to do what it takes to end it.  Among their reasons for not ending abortion, the one I heard most often involved their slavish submission to the federal government and in particular, the U.S. Supreme Court.

Throughout my fifty-nine years, I have tried my best to live a Christ-honoring life and one that reflects a healthy respect for authority, both spiritual and governmental. I have consistently preached from biblical passages like Romans 13 that Christians should submit to and honor those in authority.  But, living in a representative republic as I do, I believe submission to authority has its limits and that God does not require unlimited submission to evil leaders or laws.

Having done a good deal of research about the “patriot pastors” of our War of Independence (godly preachers who led the men of their churches and communities to fight against tyranny in the eighteenth century), I have come to believe there are times when faithful, law-abiding people must reluctantly stand against their own government.  Of course, this type of stand must not be entered into lightly or rashly and must only be employed in the most extreme of circumstances.  As regrettable as this is, it is sometimes the only course left to us and I believe is exactly where the patriot preachers found themselves and where we find ourselves today.  Every modern leader and pastor should read their messages.  For brevity’s sake, I would cite but one – Rev. Samuel West’s election sermon preached to the Massachusetts Legislature in Boston, MA on May 29, 1776:

“A slavish submission to tyranny is a proof of a very sordid and base mind. … all good magistrates, while they faithfully discharge the trust reposed in them, ought to be religiously and conscientiously obeyed. … The reason why the magistrate is called the minister of God is because he is to protect, encourage, and honor them that do well, and to punish them that do evil; therefore it is our duty to submit to them, not merely for fear of being punished by them, but out of regard to the divine authority, under which they are deputed to execute judgment and to do justice.

… if magistrates are no farther ministers of God than they promote the good of the community, then obedience to them neither is nor can be unlimited; for it would imply a gross absurdity to assert that, when magistrates are ordained by the people solely for the purpose of being beneficial to the state, they must be obeyed when they are seeking to ruin and destroy it.

… Unlimited submission and obedience is due to none but God alone. … Whenever, then, the ruler encourages them that do evil, and is a terror to those that do well, i.e., as soon as he becomes a tyrant, he forfeits his authority to govern, and becomes the minister of Satan, and, as such, ought to be opposed.”

But, the example I follow does not begin with those courageous patriot pastors; it goes much further back; back to the heroes in the Scriptures – heroes lauded both by God and men for standing against tyranny.  Consider these examples:

In addition to those recorded in Scripture, we enthusiastically celebrate more contemporary heroes (most of them professed Christians) who took similar stands.  We praise the abolitionists of the 1800s who saw slavery as unconscionable and defied the law to free their neighbors trapped in slavery.  We rightly honor people like Corrie Ten Boom and her family, Oskar Shindler, and Dietrich Bonheoffer for defying the law to save Jews and other political dissidents from the evil clutches of the Nazis in the 1930s and 40s.  We memorialize Martin Luther King and others for their leadership in the 1950s and 60s in helping to establish justice for all.

Are we now prepared to declare these and their ilk as sinners, rebels, or anarchists for their defiance to evil decrees?  Are we not, rather, compelled to emulate their example?  I must ask, “Is the evil of murdering innocent, pre-born humans not reason enough to act accordingly – regardless of what a majority of U.S. Supreme Court Justices say?” If the murder of pre-born little babies does not motivate us to immediate, rather than incremental action, what will?

Without diving deeply into a debate about the merits and motivations of those in the pro-life movement, let me simply say that the evidence is overwhelming, at least to me, that pro-life efforts, though maybe well intentioned, have, for the most part, failed.  I would hardly reckon sixty-two million dead babies (and counting) a success.  I would hardly reckon fifteen to twenty babies murdered every business day in Oklahoma a success.

Have pro-life efforts saved babies?  Of course they have.  But is saving some babies by slow, incremental regulations the goal?  No!  The goal must be the immediate and complete end of abortion!  Christian faith demands it!  Certainly, we can save babies in the process, but we must press for an immediate end to the slaughter!   Rescuing some from the jaws of death must not distract us from the true goal of rescuing all.  Knowing what we now know, we would never call for some slaves to be freed or for some Nazi concentration camps to be closed.  We would call for the immediate end to both atrocities.  I can assure you, if it were you or I who were bound in slavery, imprisoned in a concentration camp, or the target of some abortionist’s suction device or scissors, we would not be calling for an incremental solution.  We would want immediate justice!

So, why are the leaders of the BGCO calling for slow, measured responses to the wickedness of abortion while thousands/millions continue to be murdered?  Do we really think more regulations will fix the problem – or are we simply attempting to soothe a guilty conscience?  God help us to wake up before it is too late and WE are the ones crying out for justice with none to be had.

May God prosper the cause,