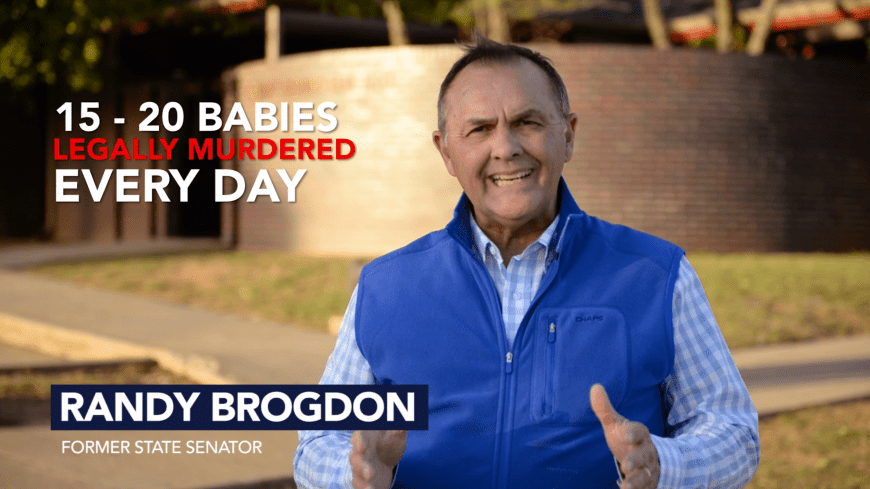 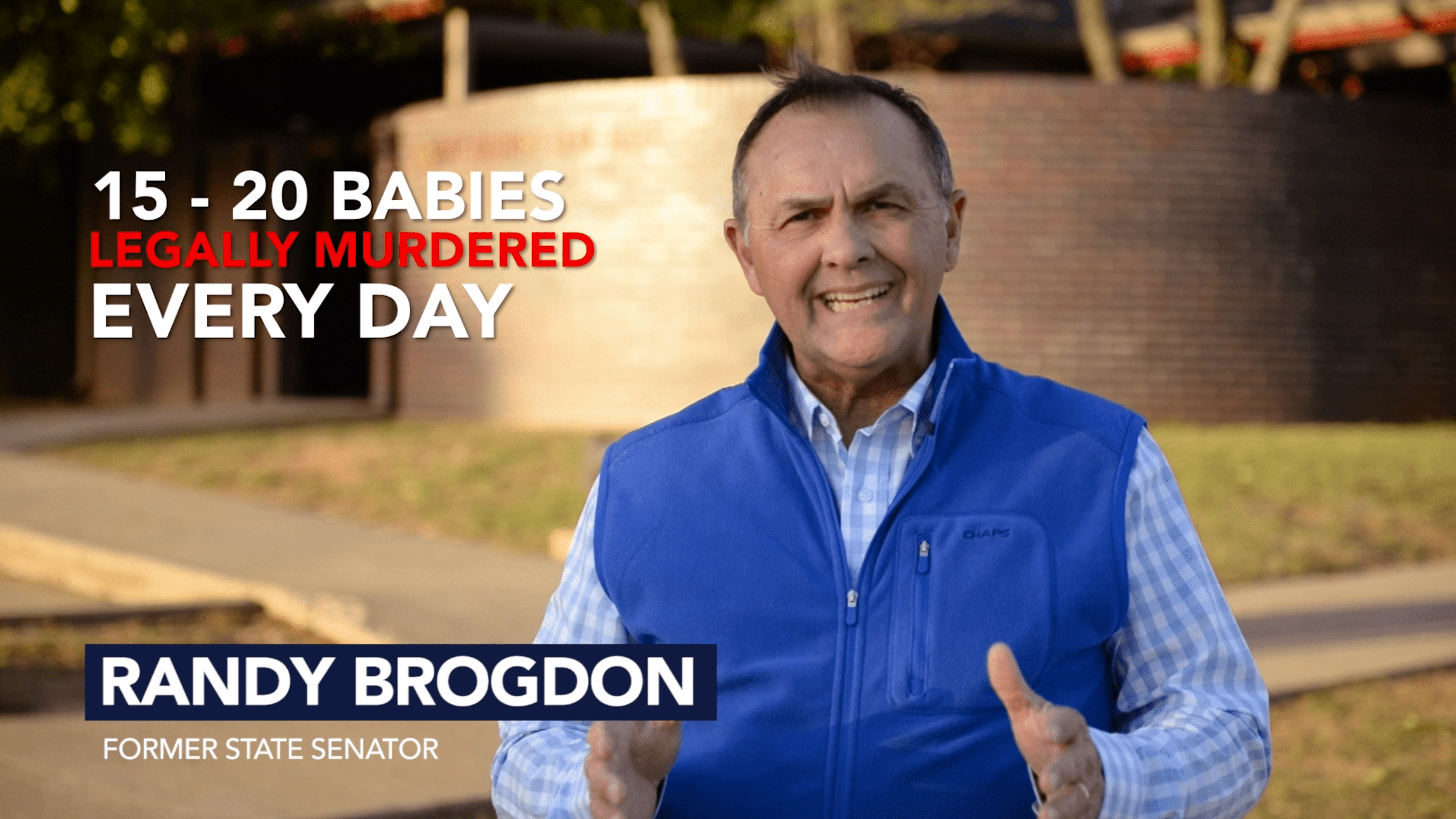 Righteous Indignation is sweeping the country regarding New York’s recent law, allowing abortion at nine months, even up to the due date. The bill is codified in the New York Constitution and allows for non-doctors to perform the abortion. It removes protection from a baby that was accidentally born during a botched abortion.  A precious little baby can now be legally murdered after birth in the State of New York.  It took 45 years for pro-abortionists to get what they really wanted.  No longer are they talking about the “right to choose”, “it’s the woman’s body”, “reproductive rights” or “it’s a health issue.”  It is and has always been about legally murdering an unwanted child.

The bill was passed by the state legislature and signed by Governor Cuomo with much fanfare, big smiles, and a standing ovation in the New York State Capitol.  I could fill the rest of this page with a list of adjectives describing my personal disgust, but I couldn’t come close to expressing my true feelings.

Instead, I want to address how to stop abortion in Oklahoma.  How do we reverse course and stop the slaughter of pre-born babies no matter how young they may be?  My words are not meant to demean or condemn anyone, rather they are to challenge the status quo, convict Christians, and give hope to pro-lifers that we can abolish abortion in Oklahoma.  My words are to give hope to those who may have had an abortion and ensure you that God forgives and His forgiveness can be yours.  If New York can legally murder pre-born babies, then the Oklahoma can legally prevent the murder of pre-born babies. The New York legislature and Governor just proved to all of us, that Roe v Wade is of no effect.  New York’s decision is abhorrent and illegal but Oklahomans can make a righteous decision to abolish abortion.

Most of us have been snared by a repugnant belief that nothing can be done to stop abortion because it is “the law of the land.” i.e. Roe v Wade.  We have forgotten that before the 1973 Roe v Wade court opinion, abortion was illegal in all 50 states.  We have forgotten the cornerstone of our Country’s founding principle, is that everyone is created with the “right to life.”  Since 1973, Oklahoma, and the rest of the country have ignored an important and fundamental principle; that Government was instituted by us, and given its just power, by our consent, and its number one duty is to protect innocent life.

Apparently, we have forgotten that God has breathed His breath in every life He has created.  Woe to those who destroy it!

Two things to remember; Our consent must be just, and our consent can only be expressed through just laws.  Laws cannot be made by a court opinion, (only through legislation) nor can a legislature make an unjust or immoral law. So, it stands beyond reason and any doubt that Roe v Wade is not the “law of the land” (neither is New York’s new law) rather it is a subversive, immoral, and unjust assault on life and liberty.  It would behoove all of us to NEVER refer to Roe v Wade again as the law of the land, if we ever expect or hope to abolish abortion in Oklahoma.

During the last 45 years since Roe v Wade, 65,000,000 (million) pre-born babies have been murdered.  Over 225,000 (thousand) have been murdered in Oklahoma.  My next statement may be shocking and will certainly be offensive to some, but it needs to be said and understood if we ever hope to stop the worst holocaust in world history. The pro-abortionists would have not gotten this bill passed in New York without the latent help of the Pro-Life movement.  Please let me explain before you get mad.

Soon after the Roe v Wade opinion, the Pro-Life movement was born, rightly so.  We immediately began to fight against abortion.  We took on the noble cause to offensively push back and try and stop abortion.  We had rallies and Pro-Life marches and still do to this day to express our dissatisfaction.  But in just a few short years our offense crumbled and we began to strictly play defense against the court and pro-abortionists.

Had even one State legislature and governor exercised their Constitutional authority, and more importantly their moral authority, to defy an unjust court opinion, 65,000,000 babies could have been saved.  But they didn’t, and now our babies are dead.

Pro-Abortionists have pushed their agenda of death by calling Roe v Wade “the law of the land.”  It wasn’t long before Pro-Lifers not only adopted the phrase, they began to believe it was true.  Then came all of the Pro-Life defensive agenda that did little more than codify abortion in our state legislation.

It is time for all Pro-Lifers to abandon the idea that we need incremental steps to slow down abortion and be content to keep it legal and regulated.  We should purge from our vocabulary the pro-abortion phrase, “it’s the law of the land.”  Our agenda must be to protect Gods creation and abolish abortion!

Over the years the Pro-Life movement strategically championed legislation that worked within the confines of Roe v Wade.  Big mistake!  They supported bills that put limits on abortion but never authored legislation to abolish abortion.  Every single piece of Pro-Life legislation passed by Congress or by State Legislatures for the last 45 years have sadly regulated and kept abortion legal.  The Pro-Life agenda decided to wait on the Supreme Court to overrule themselves.  They settled on a red hearing idea that we just need a couple of more Conservatives on the Court.  Another big mistake!

The last 45 years have been unkind to the pre-born. We can blame the pro-abortionists, politics, and politicians, but we Pro-Life, Christian, Conservatives, have been a part of the problem.  Christian conservative politicians campaign on “Pro-Life” issues but they tend to only support legislation that allows for the continuation of legal, regulated abortion; all the while the church is silent from the pulpit. I write this article one week after the evil men and women in the New York legislature passed the baby killer bill.  Did your pastor or priest mention anything from the pulpit?  The church remains silent and 15 preborn babies will be murdered in Oklahoma today!

Are you willing to help abolish abortion in Oklahoma, or are you content to just attend rallies and marches and protect the status quo?  Are you willing to stand against an immoral and unjust court opinion that has no jurisdiction over Oklahoma State law, or are you content to wait another 45 years and remain silent through a continued holocaust?   Are you content to parrot the phrases, “it’s the law of the land” or, “incremental laws to save a few is better than nothing?”  Both of these ideas are primarily responsible for keeping abortion legal for the last 45 years and are supported by the Pro-Life industry.

Oklahoma has a wonderful opportunity to Abolish Abortion with SB-13 by Sen. Silk, which is before the State Senate this year, (February 2019).

If you are a Pro-Lifer that wants abortion ended rather than regulated, will you join the most moral and just cause of our lifetime? We have a new Republican Governor and State Legislature, so we have all the tools we need to abolish abortion in Oklahoma.  New York may go to Hell in a hand basket, but we don’t have to.

Please join the new cause for Life,