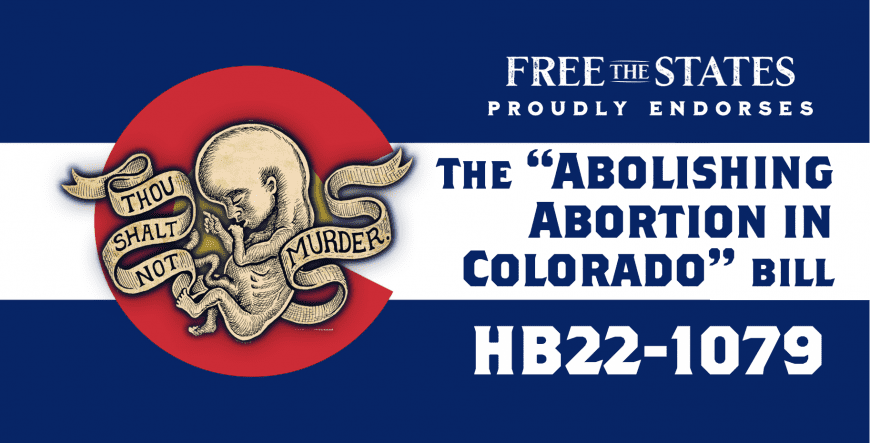 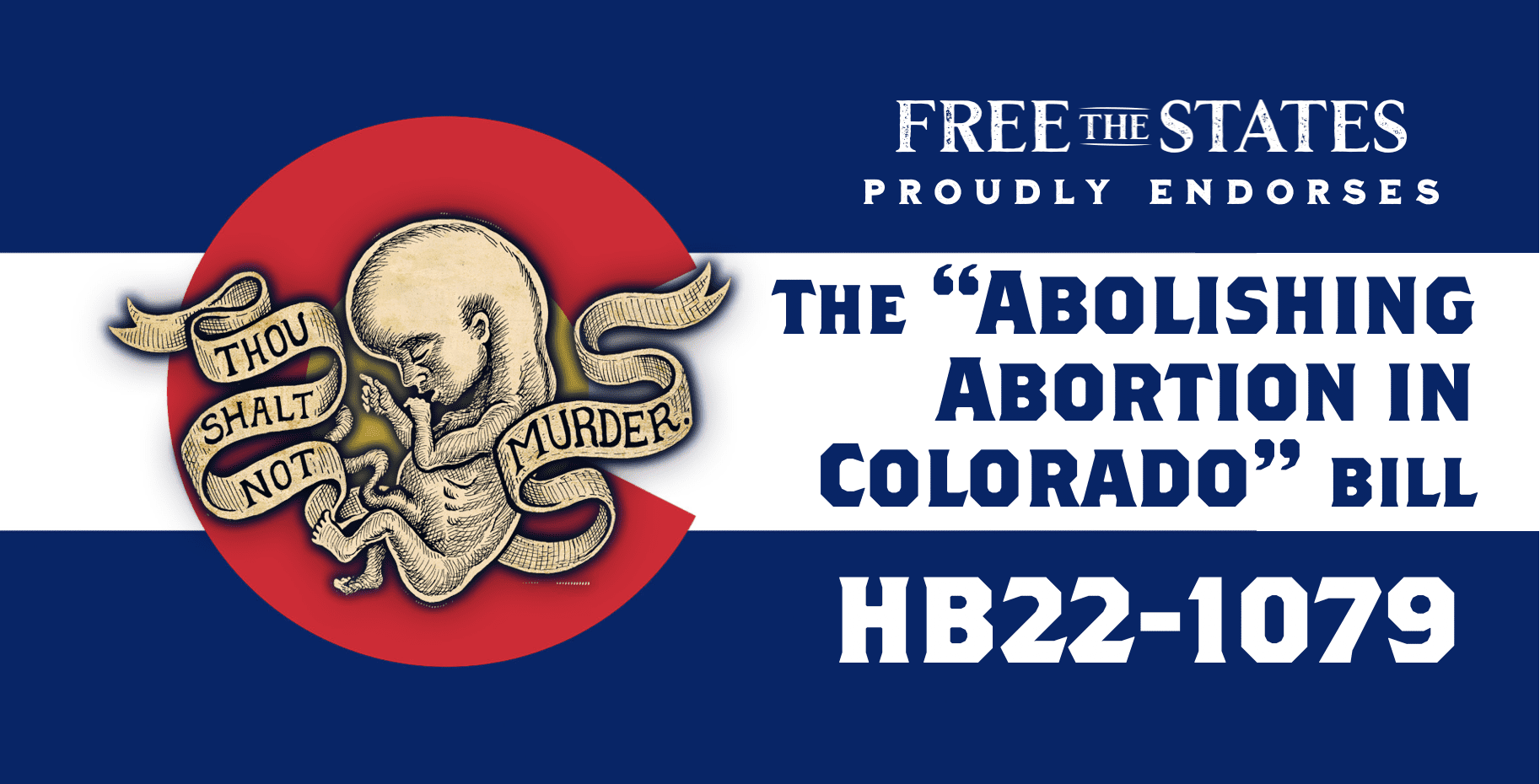 For the first time, a bill to totally and immediately abolish abortion in defiance of Roe v. Wade has been filed in the Centennial State: HB22-1079, An Act Concerning Abolishing Abortion in Colorado. The bill’s prime sponsor is Rep. Dave Williams, with Reps. Kim Ransom, Ron Hanks, and Shane Sandridge also sponsoring the bill.

“(1) The general assembly finds and declares, acknowledging the sanctity of innocent human life created in the image of God, which should be equally protected from fertilization to natural death, that the purpose of this act is:

(a) To fully recognize the human personhood of an unborn child at all stages of development prior to birth from the moment of fertilization;

(b) To ensure the right to life and equal protection of the laws to all unborn children from the moment of fertilization by protecting unborn children with the same homicide and assault laws protecting all other human persons; and

(2) Therefore, the general assembly intends to treat as void and give no effect to any and all federal statutes, regulations, treaties, orders, and court rulings that deprive an unborn child of the right to life or prohibit the equal protection of such right.”

The bill establishes full legal equality for preborn children, nullifies Roe v. Wade and any other federal action that strips preborn children of their rights, and establishes that any state judge who violates the right to life is subject to impeachment. The new bill was announced by Pastor Jeff Durbin.

HB22-1079 faces an uphill battle in Colorado which is controlled by substantial Democrat majorities in both chambers of the legislature and has a Democrat governor. Still, getting an abolition bill introduced is a huge first step toward shifting the politics and culture of a state.

The churches in our nation have failed to be salt and light. Now Colorado abolitionists have something tangible to call Christians in Colorado to rally around. Be in prayer for the churches in Colorado, that they would be the public ambassadors for Christ and love their preborn neighbors, pushing back darkness in their state.

Watch the below episode of The Liberator Podcast for more info about the purpose and function of abolition bills in pro-abortion states and countries.