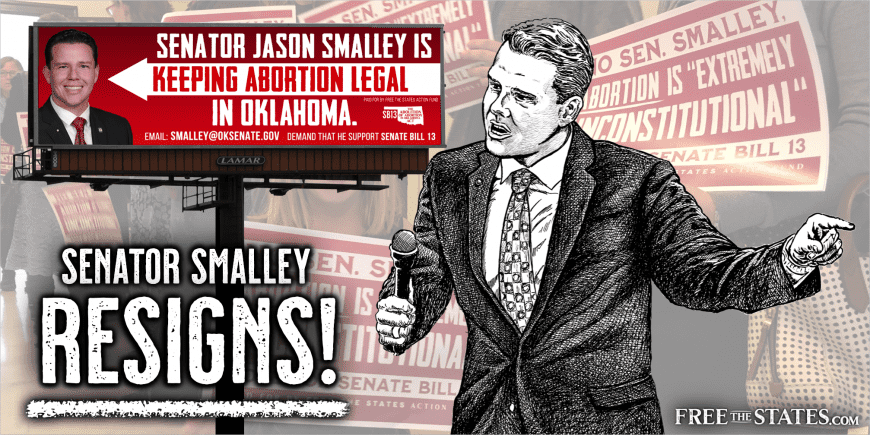 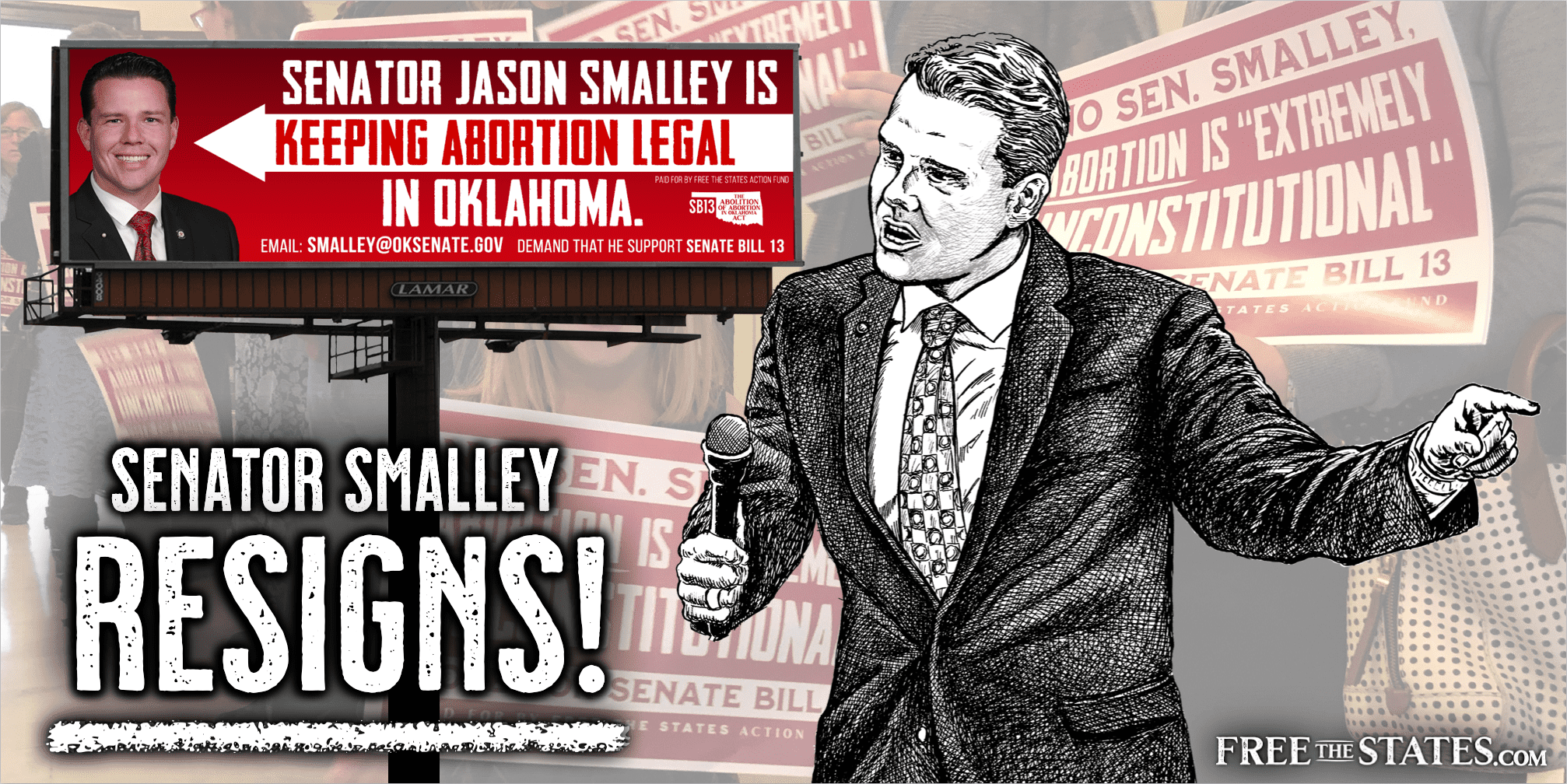 Oklahoma State Senator Jason Smalley (R-Stroud) announced his resignation on Tuesday, less than two weeks prior to the beginning of the 2020 legislative session. As has been reported in news stories covering his resignation, Smalley, who was chairman of the Senate Health and Human Services Committee, refused to give the Abolition of Abortion in Oklahoma Act (SB13) a hearing in 2019. The bill remains in the same committee for the upcoming session.

There was a time when a pro-life State Senator could get away with preventing the abolition of abortion. Senate leaders were able to kill the Abolition of Abortion in Oklahoma Act quietly in 2016-18. But the paradigm is shifting. When Smalley refused to hear SB13 in 2019, abolitionists from Smalley’s district and around the state canvassed Stroud and the surrounding areas with fliers explaining what Smalley had done. We put up billboards around Oklahoma City communicating the same message.

The people of Oklahoma are waking up to the fact that when a politician says he or she is pro-life, that doesn’t mean they’re going to do anything to abolish abortion. In fact, it often means the opposite. It’s Republicans with 100 percent pro-life records who are delaying abortion’s abolition.

In the past year, two Christian denominations (Oklahoma Free Will Baptists and the Oklahoma Baptists) have passed resolutions calling for abortion’s immediate abolition and a rejection of compromise. The Republican party of Oklahoma passed a resolution calling for SB13 to be brought to the floor of both chambers for a vote. Pastors all over the state are preaching immediate abolition from the pulpit. Thousands of Oklahomans in every corner of the state are converting from the pro-life movement to the abolitionist movement. This is the paradigm shift. Jason Smalley didn’t realize the magnitude of the shift, did what was wrong, and learned of the shift the hard way.

The last thing in the world the abolitionists of Oklahoma want to do is expose politicians and lobbyists for keeping abortion legal. We just want the killing to stop. But that means holding people accountable.

It’s our prayer that Smalley’s replacement on the Health and Human Services Committee will extend equal protection to all human beings by hearing and voting in favor of the Abolition of Abortion in Oklahoma Act. We will work hard to make sure Smalley’s replacement knows that that’s exactly what the people of Oklahoma demand.